David Alaba’s first Real Madrid goal and a stoppage time strike by Lucas Vazquez saw Los Blancos record their fourth consecutive ‘El Clasico’ win for the first time since 1965, and back-to-back away wins at Barcelona for only the second time in the club’s history. 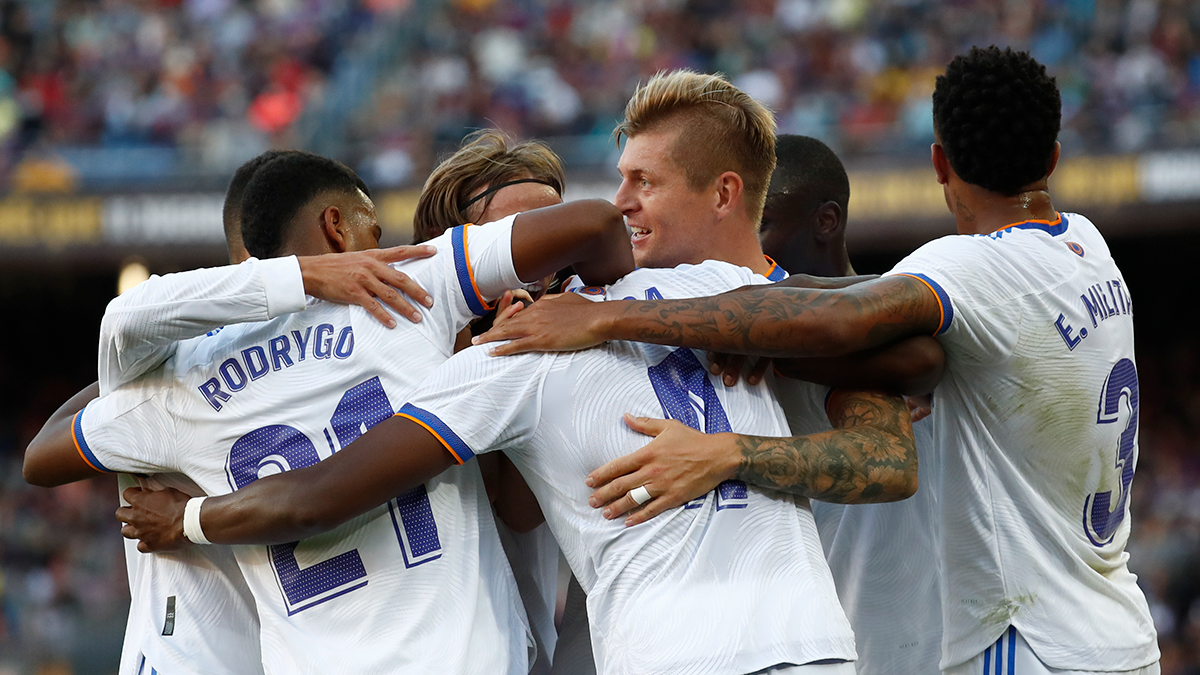 The first half was uneventful, as both sides battled to break down the other. Barcelona controlled possession but couldn’t put enough pressure on Thibaut Courtois. Ansu Fati, who was seeking to become only the fourth player in the 21st century to score in his first two Clasico starts, was a threat for the hosts and would have had an assist if Dest hadn’t dramatically blazed over a shot from 12-yards when unmarked in the box. Barca’s squandering proved to be their undoing, as they were caught in the Real Madrid counter-attacking trap and fell behind before halftime. Following a set piece, Vinicius and Rodrygo pushed the ball forward to David Alaba, who scored his first goal for the club past Marc-André ter Stegen from the edge of the box.

Ronald Koeman, who was already under fire at this point in the season, was on the verge of becoming only the second Barcelona manager to lose his first three Clasicos and needed a big second half from his team to salvage a result. Philippe Coutinho was brought for the hosts to provide an offensive spark, and he had a close-range shot blocked inside three minutes of the restart, while Fati had one saved. Following those first worries, Real Madrid recovered control and began their game-winning strategy. Carlo Ancelotti was on a mission to win at Camp Nou for the first time in five visits. Gerard Piqué thought he should have earned a penalty deep into stoppage time, but his cries were disregarded, and the visitors rushed up the other end to put the game out of reach with a Vázquez tap in the fourth minute of stoppage time. The goals weren’t finished yet, as Sergio Aguero came off the bench to score with the game’s last kick, but it was too little, too late for the under-fire hosts.

Real Madrid’s fourth Clasico win on the bounce sees them evade the embarrassment of being leapfrogged by their bitter rivals in the La Liga standings. Instead, they move five points ahead of the Catalan giants to the top of the table.

Barcelona vs Real MadridDavid AlabaEl ClasicoLucas VasquezVinicius jr
Share
Subscribe to our newsletter
Get your daily dose of Cricket, Football, Tennis & other favorite sports with handpicked stories delivered directly to your inbox.
You can unsubscribe at any time

Rohit.S.Krishnan is a Electronics Engineer passionate about sports especially Football,Real Madrid and Deep-lying midfielders.Has a strong hold on communication and content writing. Currently working as a Journalist at SportsDigest.in and can be reached at [email protected]

Virat Kohli plays a Captain’s Knock, as he scores another half-century in T20 World Cup