Arsenal shocked while Chelsea, Liverpool go through to the next round of the FA Cup

Arsenal and Newcastle were shocked by lower league sides Nottingham Forest and Cambridge United while Chelsea, Liverpool, City and Tottenham sail through to the next round of the FA Cup. 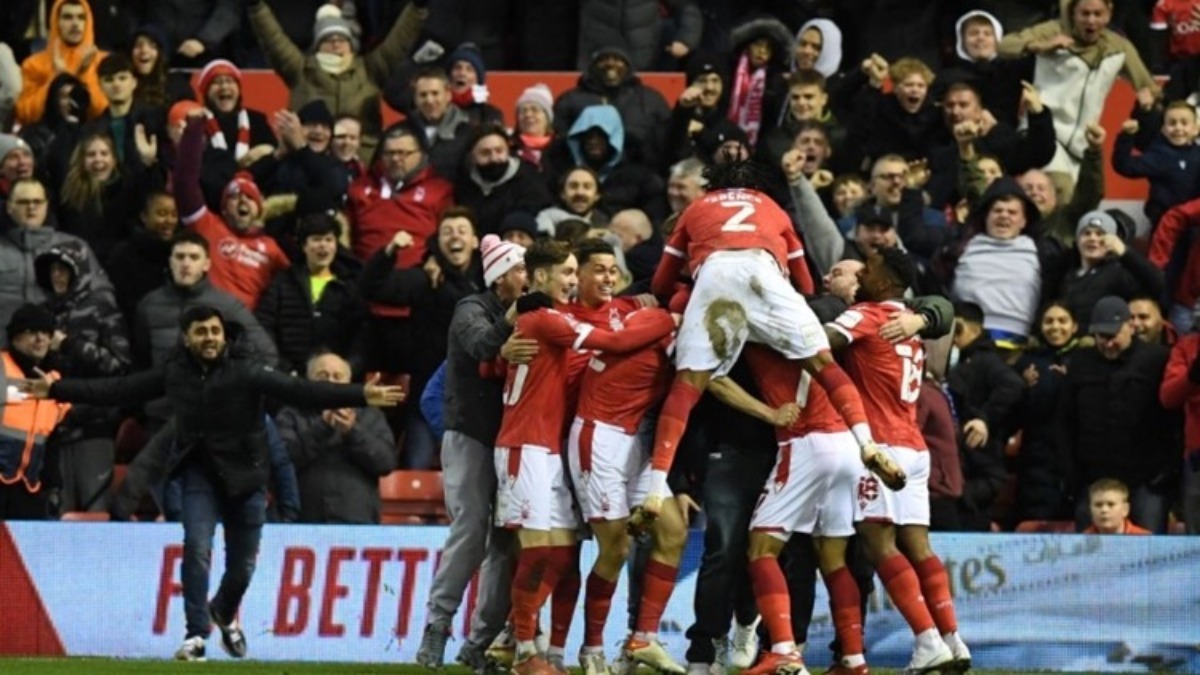 The third round of the FA Cup served us some shocks as two Premier League clubs, Arsenal and Newcastle United were knocked out by lower league teams Nottingham Forest and Cambridge United.

Nottingham Forest dumped 14-time winners Arsenal out of the FA Cup on Sunday, with the decisive moment coming in the 83rd minute when Lewis Grabban converted a superb Ryan Yates cross to set up a tie against holders Leicester in the next round. Mikel Arteta’s Arsenal huffed and puffed against Forest at the City ground and ultimately paid a heavy price for their below-par performance, losing 1-0.

Newcastle‘s miserable season on the field sunk to a new low on Saturday as the Magpies were dumped out of the FA Cup 1-0 by League One Cambridge. Joe Ironside scored the only goal 11 minutes into the second half as he swivelled to fire home from close range after a goalmouth scramble. Newcastle had two goals ruled out and Joelinton was thwarted by a great save by Dimitar Mitov deep into stoppage time. they were shown no mercy by the disgruntled home fans at full-time as They now have to lift themselves to try and remain in the Premier League.

Chelsea flexed all their muscles of quality and depth to nullify any prospect of a cup upset. Goals by Time Werner, Callum Hudson Odoi, Romelu Lukaku (via a Lewis Hall pass), Andreas Christensen and Hakim Ziyech. Chesterfield were elated when they scored their solitary goal as Akwasi Asante tapped in a late Chesterfield consolation to spark jubilant celebrations among their raucous travelling fans. Manchester City beat Swindon 4-1 with goals from Silva, Jesus, Gundogan and youngster Cole Palmer.

Liverpool and Tottenham survived early scares as both teams were down 0-1. Spurs — 59 places higher than their third-tier opponents on the English football ladder — fell behind in the 33rd minute when Morecambe captain Anthony O’Connor converted from close range following a corner but Harry Winks levelled and substitutes Lucas Moura and Harry Kane scored late to seal a 3-1 win. Liverpool, too, were down early as Daniel Udoh fired home from close range following a Nathanael Ogbeta cross.

The home side were level just seven minutes later when Kaide Gordon, aged 17 years and 96 days, became the second-youngest goalscorer in the club’s history. Fabinho gave Klopp’s men the lead from the penalty spot shortly before half-time and there were further goals from substitute Roberto Firmino and a second for Fabinho.

Arsenal FCChelsea F.C.FA CupLiverpool FCMikel ArtetaTottenham Hotspur
Share
Subscribe to our newsletter
Get your daily dose of Cricket, Football, Tennis & other favorite sports with handpicked stories delivered directly to your inbox.
You can unsubscribe at any time

PRIMANTI BROS. TO OFFER FREE SANDWICH TO ALL NAMED CHRIS OR BOSWELL