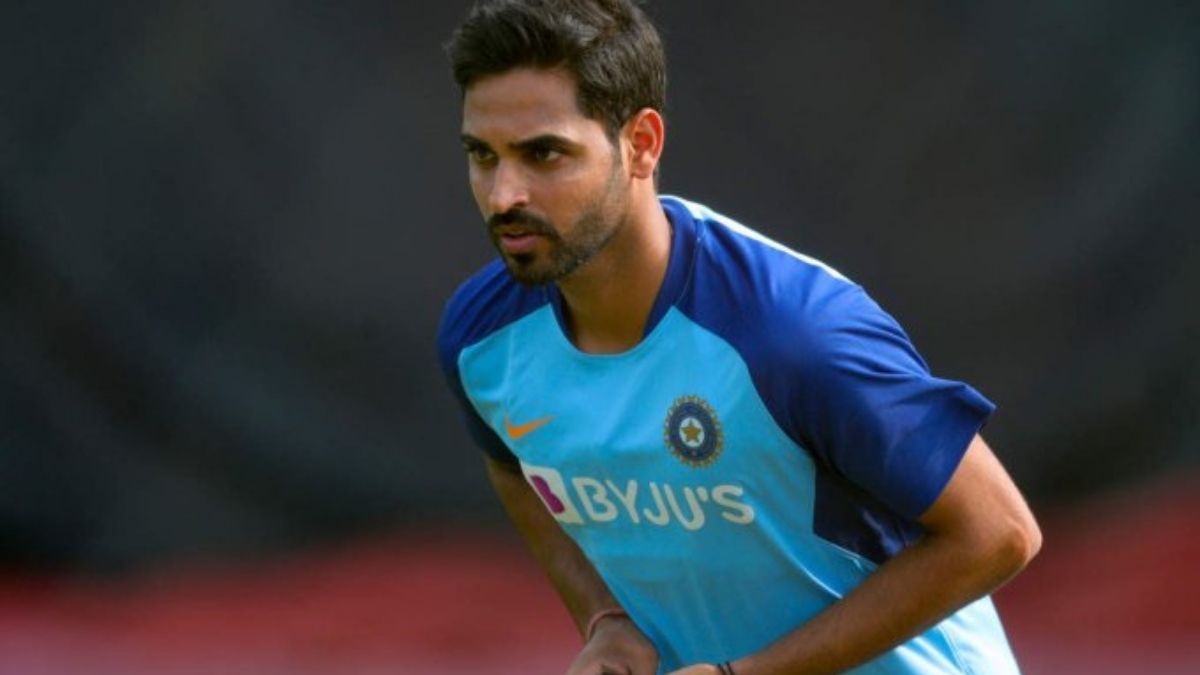 Indian quickie and ace pacer, Bhuvneshwar Kumar gets a reward for his amazing show against England in the previous ODI series, which India clinched past England by 2-1.

On Thursday, ICC announced the nominees for the ICC PLAYER OF THE MONTH award. Kumar happens to be one of the nominees in the category for Male ICC PLAYER of the Month alongside Afghanistan’s Rashid Khan and Zimbabwe’s Sean Williams.

ICC WTC Final: “If the ball seams around off the…

ICC WTC Final: “Our bowlers need to make it difficult…

India’s performance which helped them in beating England had an important role to play for Bhuvneshwar Kumar as he took 6 wickets from the 3 ODI Matches. Previously, in the 5 matches T20I series between India and England, Kumar took 4 wickets with an impressive economy rate of 6.38 in T20’s.

Right now, Bhuvi’s currently preparing for IPL as he leads the impressive bowling unit of the SunRisers Hyderabad. He’s joined by his fellow nominee in the POTM award, i.e. Rashid Khan which makes Hyderabad’s bowling unit particularly invincible as both the players are in incredible form

Bhuvneshwar KumarICCICC RankingsIndia Cricket teamIndia vs EnglandRashid Khan
Share
Subscribe to our newsletter
Get your daily dose of Cricket, Football, Tennis & other favorite sports with handpicked stories delivered directly to your inbox.
You can unsubscribe at any time

IPL 2021: Here’s the reason why CSK’s Josh Hazelwood ditched to opt out of IPL, this season

ICC WTC Final: “He will be the X-factor in WTC Final”, says Monty Panesar

ICC WTC Final: They can bowl well even on flatter decks; Ashish Nehra picks his…

ICC WTC Final: I had two Dukes balls in my bag but I didn’t get the chance to use…