A 2-1 win over West Ham meant Manchester City is now just a point behind Chelsea in the title race, While Leicester City spoils the day for their former boss Claudio Ranieri. 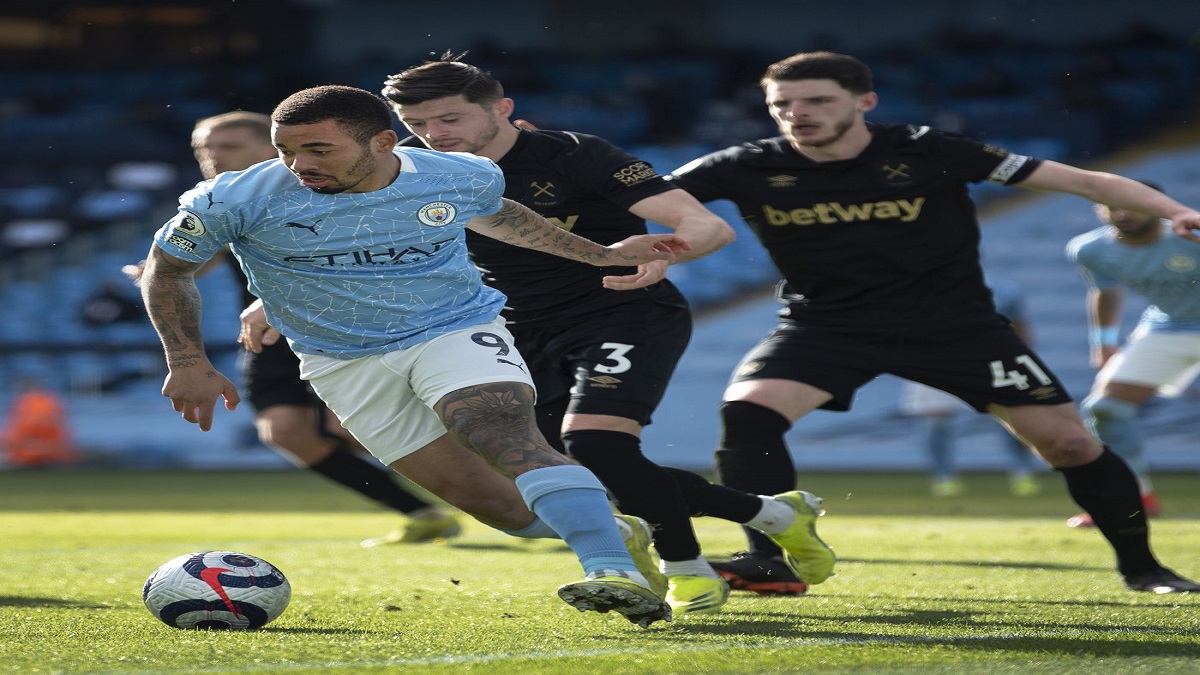 Manchester City pulled back to Liverpool in second place after the fight against the winter conditions to defeat West ham.

In the 16th minute, Aymeric Laporte cut the post for City with a header for a corner. Riyad Mahrez then has the ball in the net but it was called offside.

City leapt forward in the 33rd minute when Mahrez’s dangerous low cross on the six-yard line found lkay Gündoğan for a tap-in.

It was almost 20 minutes later when Gabriel Jesus’ effort was cancelled on the line by Ben Johnson.
The second half was delayed slightly as the snow was cleared from the pitch, and Jesus came close again in the 56th minute when he was picked by Raheem Sterling in the box, but this time Aaron Cresswell cleared the line, hitting your back against the square in the process.

Gündoğan then had an excellent opportunity to make 20 years in the 80th minute when he was slipped into the box, but łukasz Fabiański quickly came out of his line to save it.

Bernardo Silva then had the ball in the net in the 91st minute, but the flag was up for offside.

And there was still time for one more goal when Manuel Lanzini fired in brilliantly off the post with the last kick off the game.

That result leaves the Hammers 4th and level on 23 points with Arsenal.

Enjoy the full 90 minutes of our @premierleague clash with West Ham! ⏯

15 – Ilkay Gündogan has scored 15 non-penalty goals in 37 Premier League appearances since the start of last season; the most of any midfielder, ahead of Bruno Fernandes in second place (13 in 49 apps). Fox. pic.twitter.com/tHpQOcHOMi

James Maddison opened the goal in the 16th minute when Watford’s William TroostEkong grossly misjudged a ball in the box and the Leicester man was in the right place to punish his mistake.

Watford then received a penalty when Wilfred Ndidi knocked Emmanuel Dennis into the box. Josh King caught him and converted for 1-1.

But they didn’t stay level for a long time, with Jamie Vardy quickly giving Leicester the lead with a delightful finish on Watford keeper Daniel Bachmann.

And Vardy scored again just before halftime to reach 3-1 when he threw a looping header from Maddison’s corner.

In the second half, Dennis struck out a goal for the Hornets shortly after the hour mark when he stole the ball from Timothy Castagne before ending well on Kasper Schmeichel.

Braving the conditions to cheer us to victory 👏

93 – @vardy7 has now scored 93 Premier League goals since he turned 30, moving level with @IanWright0 for most goals by a player in his 30s in the competition's history. Statesmen. pic.twitter.com/vRCc7DmAMY

2021–22 Premier LeagueLeicester CityManchester CityWatfordWest Ham United
Share
Subscribe to our newsletter
Get your daily dose of Cricket, Football, Tennis & other favorite sports with handpicked stories delivered directly to your inbox.
You can unsubscribe at any time

Ralf Rangnick, according to Michael Carrick, had no role in the decision to drop Ronaldo.