England vs Australia in 2021 T20 World Cup: England clinch their 3rd straight win as they beat Australia by 8 Wickets

The encounter had England’s bowling unit restrict the Aussies to just 125 Runs, and then Jos Buttler’s fine knock of 71* (off 32 balls) comfortably guided England to victory. 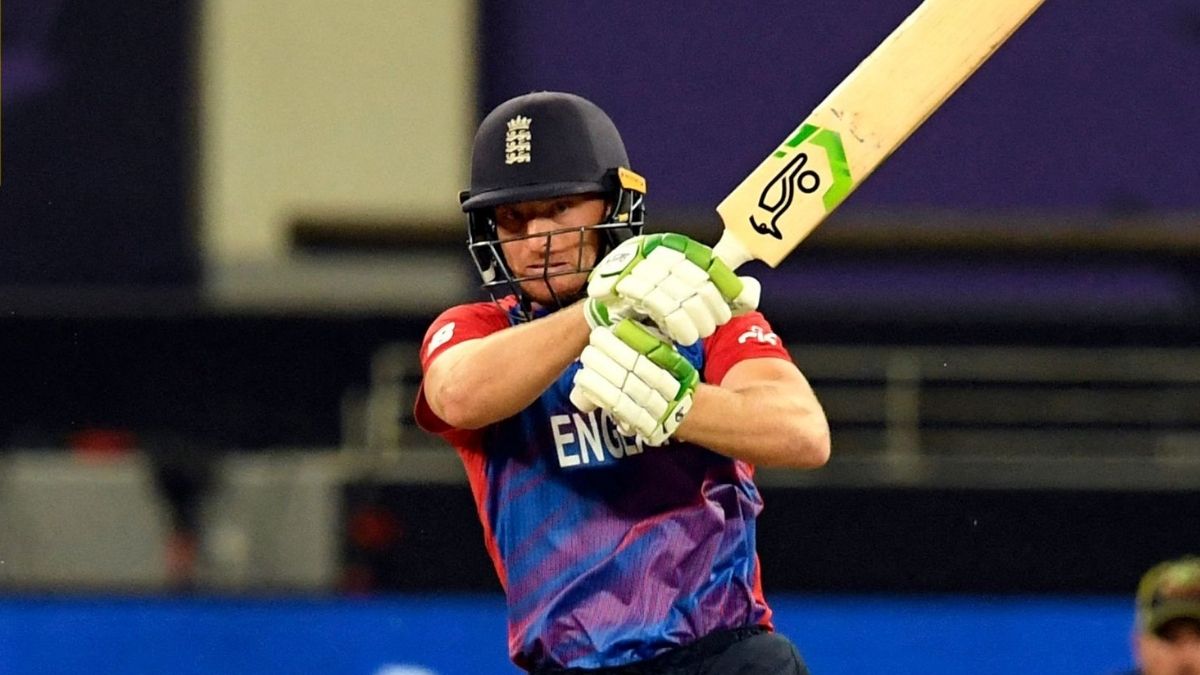 The 26th Match of the 2021 T20 World Cup was an England vs Australia encounter played on Saturday, 30 October 2021 at the Dubai International Stadium, United Arab Emirates.

England vs Australia encounter is from Group 1 of the Super 12 round of the 2021 T20 World Cup. Both the teams have won their previous two matches. Meanwhile, earlier another Group 1 encounter was played – South Africa vs Sri Lanka, where South Africa won the match by 4 Wickets.

The Line-up for England vs Australia

England are unchanged, while Australia bring in an extra spinner with Ashton Agar replacing Mitchell Marsh.

England won the toss and chose to bowl.

1st Innings – Australia puts 125 Runs on the board

Australia was in great trouble, as early on they were 3 down with David Warner, Steve Smith and Glenn Maxwell back at the pavilion. The Aussie were 15/3 in 3.5 overs.

But just after the powerplay, Adil Rashid strikes for England as Marcus Stoinis is dismissed for a duck due to an LBW decision. With that, Australia was 21/4 (6.1 overs).

However, Australia lost another wicket of Matthew Wade – 18 (off 18 balls), he hit big but Jason Roy was around the boundary and caught it as Liam Livingstone picked the wicket. Thus, the Aussie were 51/5 (11.4 overs).

The last over had two dismissals, Adam Zampa was run-out and Mitchell Starc played a cameo of 13 (off 6 balls) but was caught behind by Jos Buttler. With that, Australia was All-out at 125 (20 overs). Meanwhile, the Aussie had scored 50 runs in the last 4 overs to put a respectable total of 125 Runs.

England had an excellent start, as after the powerplay they were 66/0 – the highest score for any team in the powerplay at this tournament.

However, England lost their 1st Wicket just after powerplay as Jason Roy – 22 (off 20 balls) got dismissed due to an LBW decision, as Adam Zampa picked the wicket. With this, England was 66/1 (6.2 overs).

Another wicket falls for England as Dawid Malan is caught behind by wicketkeeper Matthew Wade. England was 97/2 in 9.1 overs.

It was Jos Buttler’s 71* (off 32 balls) and Jonny Bairstow’s 16*(off 11 balls) that helped England chase their target in 11.4 overs. Both Buttler and Bairstow remained unbeaten.

As a result, England won the match by 8 Wickets. Thus, the Player of the Match was awarded to Chris Jordan for his bowling spell of 3/17.

Asghar Afghan to retire from international cricket after game against Namibia