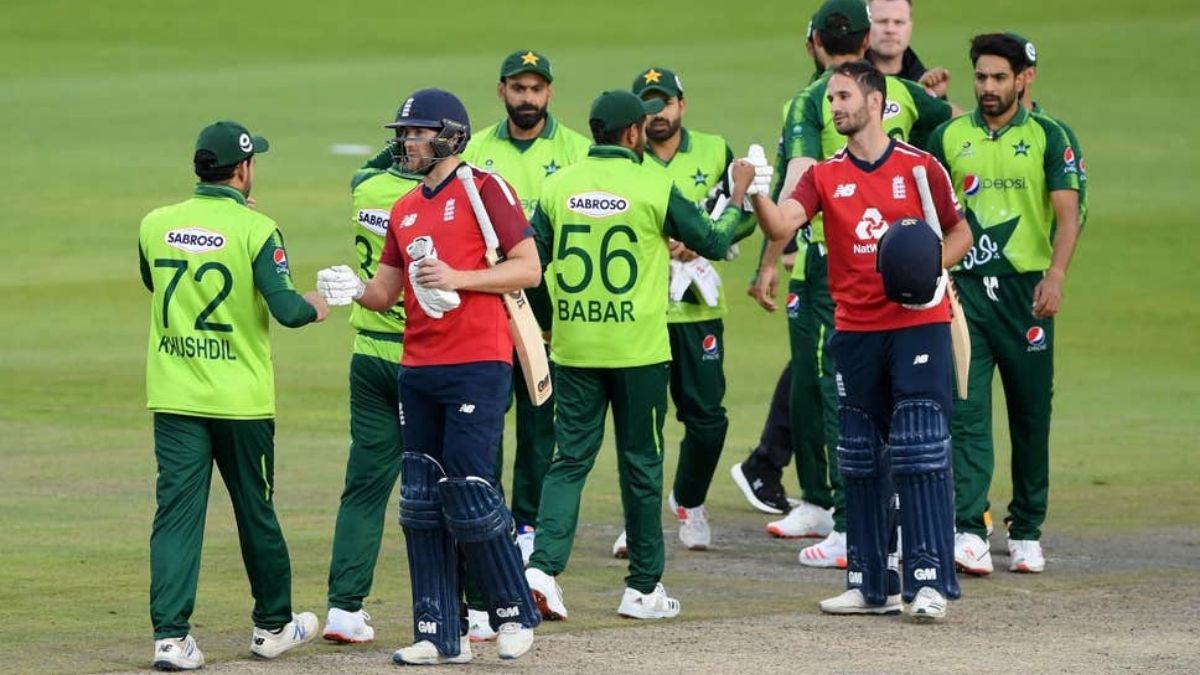 The T20I series was leveled 1-1 by England winning the last match. The 3rd and final T20I is the decider, whichever team wins this match wins the T20 series. England team making two crucial changes Eoin Morgan and David Willey comes in place of Parkinson and Tom Curran. The Pakistan team has also done some changes to Usman Qadir and Hasan Ali in place of Azam Khan and Haris Rauf.

Pakistan captain Babar Azam won the toss and chose to bat again. The openers Mohammad Rizwan and Babar Azam gave Pakistan innings a good start. Adil Rashid dismisses Babar Azam just before the powerplay was done. Pakistan had a good powerplay scoring 50 runs and losing just one wicket. It is Adil Rashid again who picked the second wicket for England by dismissing Sohaib Maqsood. In the same over he dismisses experienced Mohammad Hafeez very cheaply for 1 run.

Just when Pakistan’s middle order was looking to collapse. There was a partnership building for the 4 th wicket between Fakhar Zaman and opener Mohammad Rizwan. The pair scored 45 runs together but failed to convert it into a big one. As Fakhar Zaman was dismissed by Moeen Ali after scoring 24 runs. Just when Pakistan looking for a strong finish there were losing wickets at regular intervals. In the Mohammad Rizwan knock of 76 not out and Hasan Ali, little cameo helped Pakistan sore decent total of 154 /6.

England openers Jason Roy and Jos Buttler gave a good start to the chase. England had a decent powerplay as they had 45 runs without losing wicker. England had an opening partnership of 67 runs which put them in a very strong position. It was Shadab Khan who broke the dangerous partnership by dismissing Jos Buttler who scored 21 runs. It was Usman Qadir who took the wicket of Jason Roy who was looking very dangerous for the Pakistan bowlers.

Pakistan was picking up wickets at regular intervals as England’s middle began to collapse. The Dawid Malan who looked out of rhythm finally loses his wicket to Mohammad Hafeez after scoring 31 runs. Eoin Morgan played a good cameo in the end and made sure England win third T20I and also the  T20I series.

England Cricket teamEngland cricketerJason RoyMohamad RizwanPakistan Cricket TeamPakistan CricketerPakistan tour of EnglandPakistan vs England
Share
Subscribe to our newsletter
Get your daily dose of Cricket, Football, Tennis & other favorite sports with handpicked stories delivered directly to your inbox.
You can unsubscribe at any time