Europa League: United throw the lead as Roma scored 2 goals in the first half 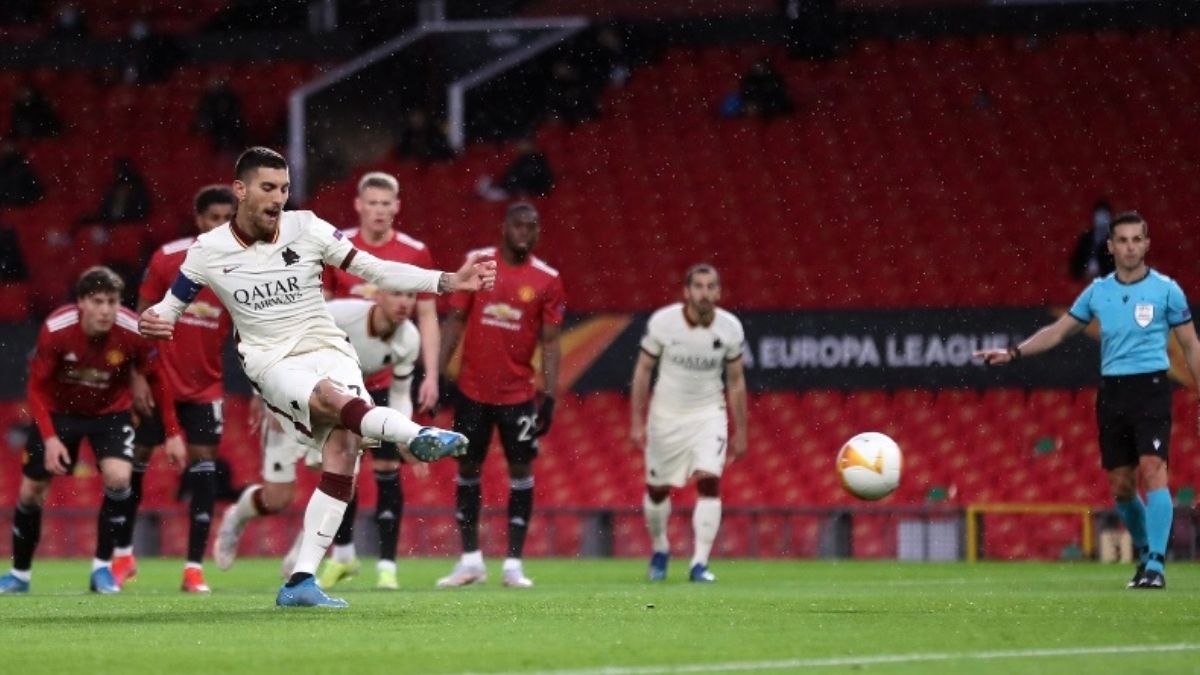 The first 45 minutes at Old Trafford of the Europa League semi-final was a thriller. Manchester United scored earlier to get the lead, and then from nowhere, Roma got a penalty. Pelligrini converted the penalty to level things up and it was former Manchester City man Ediz Dzeko to give Roma the lead. Roma was forced to make three changes in the first half due to injury. But despite getting the injury blows Roma managed to control the game well.

Manchester United dominated the ball and had 63% possession in the first half. Bruno Fernandes scored again for the men in Red to give them the lead. Paul Pogba and Edison Cavani were involved in the goal and played some beautiful passing games. Paul Pogba’s handball gave Roma the penalty and Pelligrini it into the 15th minute of the game to level things up. A powerful shot from Paul Pogba injured the Roman keeper and he had to leave the pitch. Three Roman players left the pitch due to injury.

Edin Dzeko tapped the 2nd goal for Roma receiving a good pass from Pelligrini. Former United man Mkhitaryan passed found Pelligrini in a good position to deliver the ball for Dzeko. Roma has now two away goals and is now having a huge advantage in this semi-final tie. Though the second half is still to come, the game will be much interesting to watch.