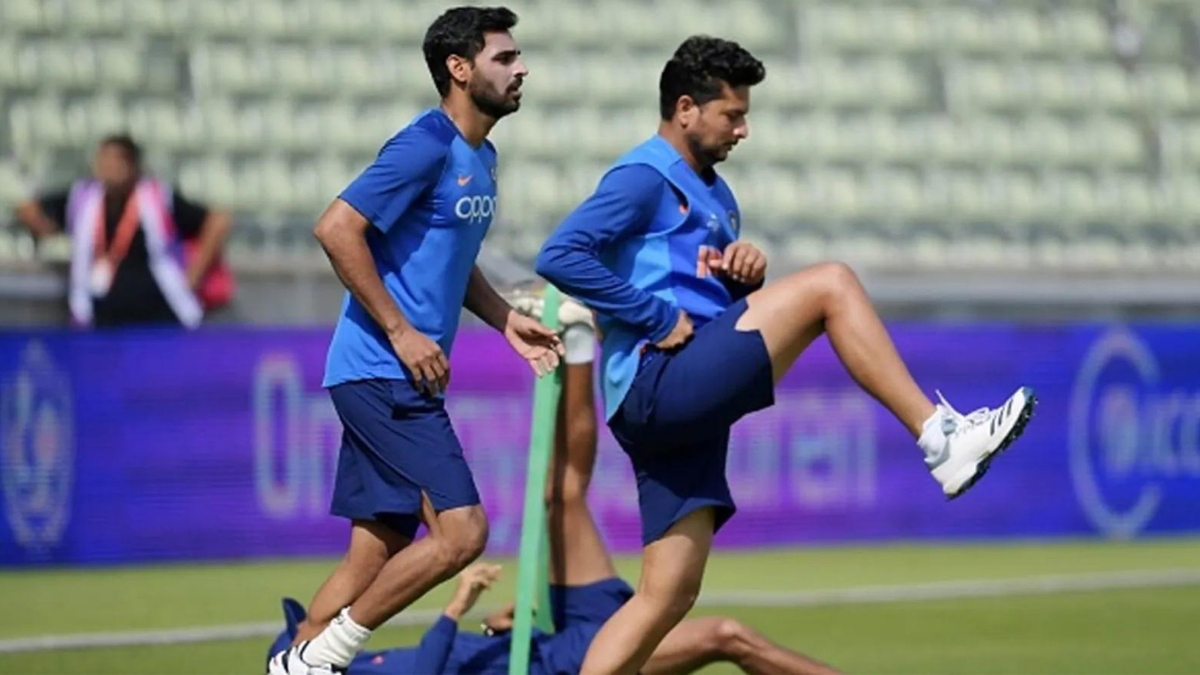 The former cricketer turned commentator Aakash Chopra has severely criticized the rumors surrounding Bhuvneshwar Kumar’s test career. He told them to “verify their sources” before making any false claims as it can spoil players ‘limited career span’. The stalwart bowler Bhuvneshwar Kumar is appointed as a vice-captain to this young Indian side. Recently rumors amid the Bhuvneshwar Kumar test career that he no longer wishes to playtest anymore.

The rumors started to speculate even more after Bhuvneshwar Kumar was not selected for India’s Test tour of England. He was not part of the squad even for World Test Championship (WTC) final against New Zealand.

Bhuvneshwar Kumar said in a recent press conference before the first ODI against Sri Lanka “To be honest, I’m not prioritizing white-ball over red-ball. If I am selected for red-ball cricket, I will contribute. I ‘am not looking to prioritize one of the two. I’m just working normally, trying to prepare in a way that I’m ready for all formats. If a get a chance, I’d like to do well. I’m not looking ahead to what will happen in 18-20 months”.

Aakash Chopra said in a Youtube channel that false rumors should not be encouraged:

Aakash Chopra said that “Bhuvneshwar Kumar has said that he has not mentioned that he doesn’t want to play Tests, he cannot do anything if he is not played. I hope all the people who spread rumors verify their sources because you don’t want to spoil players ‘limited career span. They already have enough pressure, your pressure is baseless”.

U.E.F.A and Turkey never fail to disappoint us

The former cricketer expressed his sympathy for Bhuvneshwar Kumar as he later said in a statement.

Akash Chopra further added, “This is a problem that it is someone’s brainchild and you run it as a story. And after that, it spreads like wildfire and the person is left to douse the fire. So, I sympathize with Bhuvneshwar Kumar”.

Bhuvneshwar is currently part of the limited-overs squad that is in Sri Lanka. In the absence of regular skipper Virat Kohli and coach Ravi Shastri, it is led by Shikhar Dhawan under the guidance of legendary Rahul Dravid.

Bhuvneshwar Kumar is the most senior player in the limited-overs tour that comprises three ODI and three T20I.

Aakash ChopraBhuvneshwar KumarFormer Indian cricketerIndia tour of Sri LankaIndian CommentatorIndian Cricket TeamRahul DravidShikhar Dhawan
Share
Subscribe to our newsletter
Get your daily dose of Cricket, Football, Tennis & other favorite sports with handpicked stories delivered directly to your inbox.
You can unsubscribe at any time