New Zealand’s bowlers dominated as they restricted India to just 110 Runs, setting up an easy chase. Then New Zealand went on to win by 8 Wickets as India lost their 2nd game in the ICC 2021 T20 World Cup. 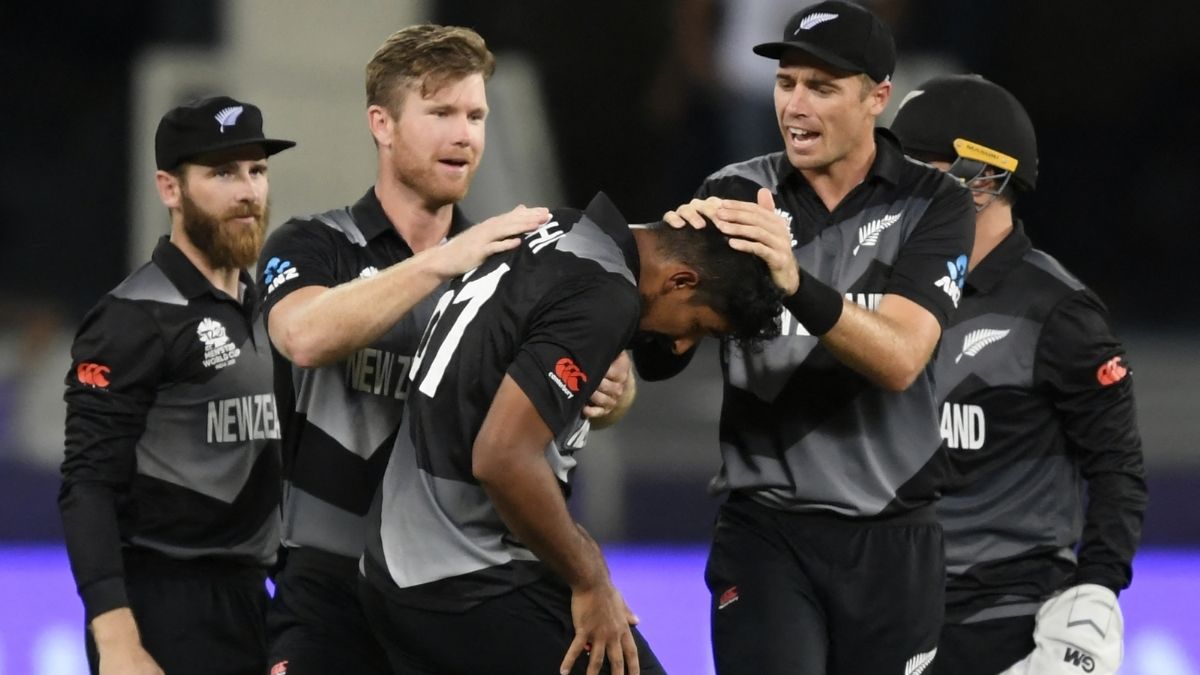 The 28th Match of the ICC 2021 T20 World Cup was an India vs New Zealand encounter played on Sunday, 31st October 2021 at the Dubai International Stadium, United Arab Emirates.

This encounter is from Group 2 of the Super 12 round at the ongoing T20 World Cup. Both India and New Zealand have played one match each against Pakistan. On both occasions, Pakistan emerged as the winner; they beat India by 10 Wickets & won by 5 Wickets against New Zealand.

Here's how the teams line up for #INDvNZ 💥#NZ bring in Adam Milne for Tim Seifert, with Devon Conway to keep#IND replace Bhuvneshwar Kumar with Shardul Thakur; Ishan Kishan comes in for Suryakumar Yadav, who has a back spasm

India lost a wicket early on of Ishan Kishan as Daryl Mitchell caught it and Trent Boult picked the wicket. India was 11/1 in 2.5 overs.

In the last over of the powerplay, another wicket falls as KL Rahul departs scoring 18 Runs (off 16 balls) as Tim Southee picked the wicket. With that, India was at 35/2 (5.5 overs).

However, India was in trouble as the 3rd Wicket fall in form of Rohit Sharma 14 (off 14 balls). He tried to hit it big but finds Martin Guptill at long on and Ish Sodhi strikes for the Black Caps. India was 40/3 (7.4 overs).

Again, it’s Ish Sodhi as he picked the big wicket of the Indian Captain Virat Kohli as Trent Boult caught this one. After this, India was 48/4 in 10.1 overs. Rishabh Pant too departs as Adam Milne bowled him out. India was at 70/5 (14.3 overs).

The 1st Wicket fall for the Black Caps as Martin Guptill played a cameo of 20 Runs (off 17 balls), Jasprit Bumrah took the wicket. New Zealand was 24/1 (3.4 overs).

But Daryl Mitchell departs just 1 run short of a half-century, 49 Runs (off 35 balls) again it’s Jasprit Bumrah who picked the wicket. With that, New Zealand was 96/2 in 12.4 overs.

In the end, Captain Kane Williamson’s 33*(off 31 balls) comfortably guided New Zealand to an 8 Wicket Victory.

As a result, New Zealand won the match by 8 Wickets. Hence, the Player of the Match was awarded to Ish Sodhi for his bowling spell of 2/17.

Sanya Launches Calls for Organizations Worldwide to Host Their Large-scale Tourism, Cultural and Sports Events in the City in 2022