In the very first international innings of his career, Suryakumar Yadav scored a strong 57 runs. He is the sixth batsman to make a fifty in the first innings of T20I. 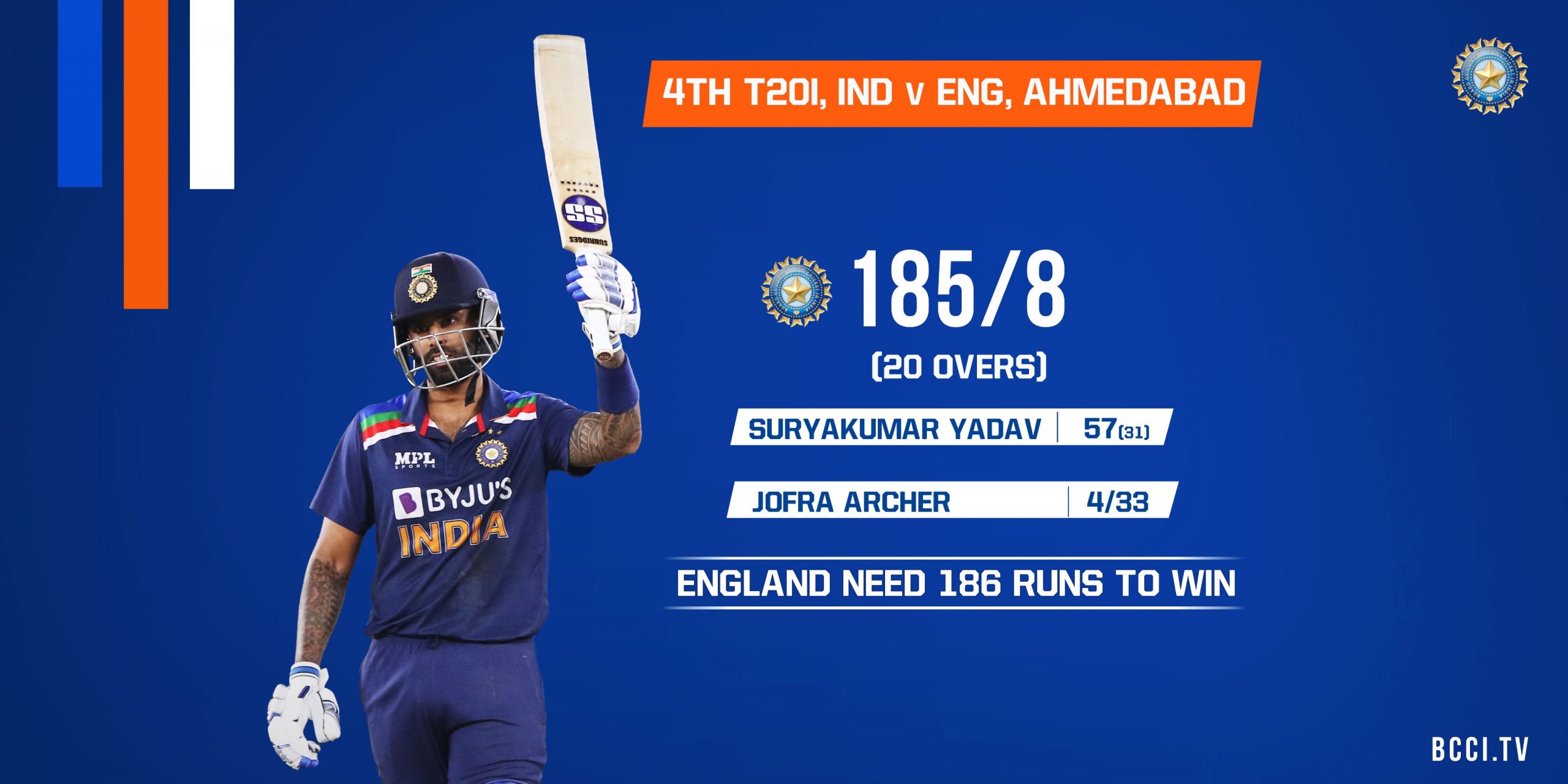 Desperate Suryakumar Yadav finally got a chance against England (IND vs ENG T20I series) on Thursday for showing his fire in the Indian team for a long time. Today, captain Virat Kohli gave him a chance to replace Ishan Kishan and after Rohit Sharma, he came out to bat at number 3. Surya opened the account of his international runs by hitting an excellent six on the very first ball of his innings.

After this, he also made a fantastic fifty in 28 balls. In his first innings, he was dismissed by scoring 57 runs. He is now the second Indian batsman to score the most runs in his first T20 International innings.

Earlier, Ishan Kishan, who debuted with him on Sunday, achieved this position. But now Surya has pushed him back to the third position. The right-handed batsman scored a total of 57 runs in his innings of 31 balls, which included 6 fours and 3 sixes. Ajinkya Rahane’s name is at the top of this list. In 2011, he added 61 runs in the first T20 International innings of his career at Manchester.

He scored his innings according to the merit of the ball. Although his wicket was a bit controversial. In the 14th over of the innings, he made a fine leg of Sam Curran and rotated it for the purpose of sixes. But there David Malan took his catch.

However, this catch was doubtful and looked as if the ball had touched the ground. Therefore, the umpire standing on the field referred to this decision as to the third umpire. However, he gave out a soft signal. Looking at the TV replays, it seemed as if Malan had touched the ground with the ball from his hand, but there was no authentic proof of it by the umpire. So he had to return after getting out.

BCCIEngland Cricket teamInd vs EngIND vs SASuryakumar Yadav
Share
Subscribe to our newsletter
Get your daily dose of Cricket, Football, Tennis & other favorite sports with handpicked stories delivered directly to your inbox.
You can unsubscribe at any time