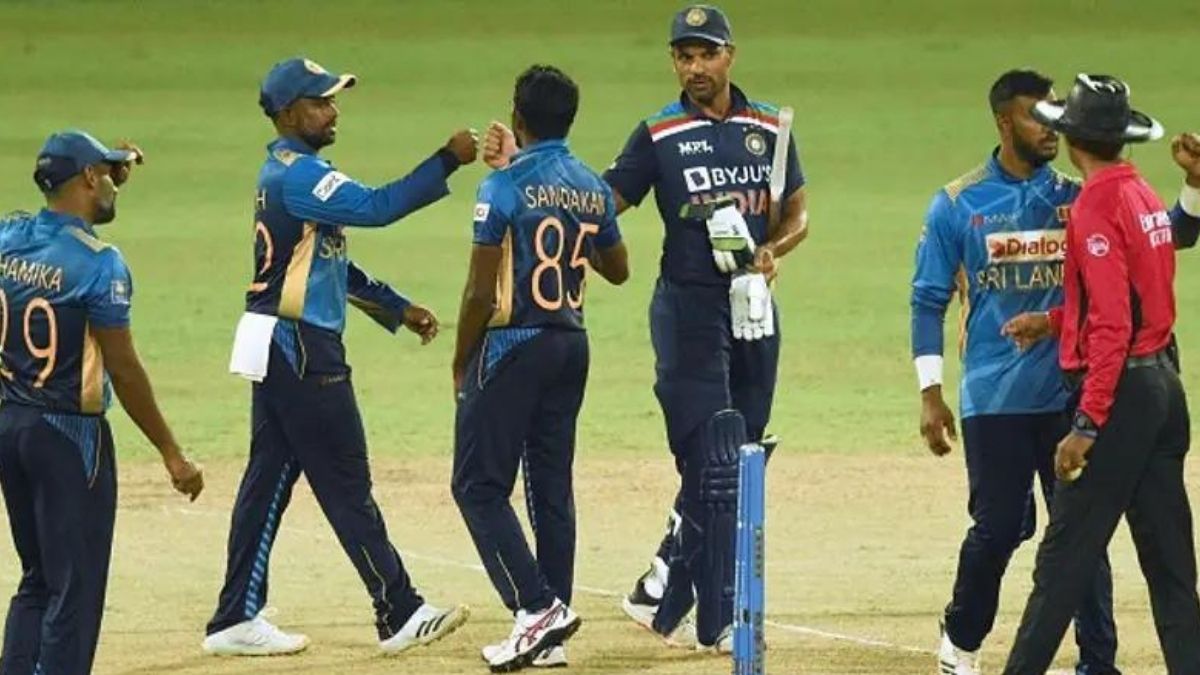 The remaining two T20I between India and Sri Lanka will be held as per schedule. The second TG20I which was supposed to happen on Tuesday postponed due to Krunal Pandya COVID-19 positive will happen on Wednesday. seven players were in close contact with Krunal Pandya were Prithvi Shaw, Suryakumar Yadav, Hardik Pandya, Chahar, Manish Pandey, Ishan Kishan, and Krishnappa Gowtham. So, these will not be playing in the remaining T20Is.

“The second T20I will go ahead later today and the last T20I will be played tomorrow”, a source in the known of developments told ANI on Wednesday.

On Tuesday, the second T20I between India and Sri Lanka was postponed a day later, the Board of Control for Cricket in India (BCCI) confirmed. Indian all-rounder Krunal Pandya has tested positive following the Rapid Antigen Tests conducted ahead of the match on Tuesday morning.

BCCI said in a statement that “The second T20I between Sri Lanka and India originally scheduled to be played on July 27 has been pushed forward by a day and will take place on Wednesday, July 28”.

BCCI further added by saying that “Following the Rapid Antigen Tests conducted ahead of the match on Tuesday morning. Team India all-rounder Krunal Pandya was found to be positive. The medical team has identified eight members as close contacts. The entire contingent is undergoing RT-PCR tests today to ascertain any further outbreak in the squad”.

It was earlier on Tuesday that news Agency ANI had reported that Krunal Pandya had tested COVID-19 positive and that forced the two teams to go into isolation till the reports come in of the rest of the players.

The source from Ani said that “Krunal has tested positive and the T20I on Tuesday has been postponed and will happen on Wednesday if all the others test negative. The players are currently isolating”.

Now, there is a doubt about Prithvi Shaw and Suryakumar Yadav who were selected as replacement players for the England tour and are about to travel to England after the limited-overs tour in Sri Lanka is completed.

Was on Monday the BCCI has informed that the All-India Senior Selection Committee has selected Prithvi Shaw and Suryakumar Yadav as replacements for the upcoming test series against England as all-rounder Washington Sunder, batsman Shubman Gill and pacer Avesh Khan has been ruled out of this tour due to injuries ahead of the first test at Nottingham which is starting from August 04.

India tour of Sri LankaIndia vs Sri LankaIndian all rounderIndian Cricket TeamKrunal PandyaPrithvi ShawSri Lankan Cricket teamSuryakumar Yadav
Share
Subscribe to our newsletter
Get your daily dose of Cricket, Football, Tennis & other favorite sports with handpicked stories delivered directly to your inbox.
You can unsubscribe at any time