India vs New Zealand: The new era starts for India with a win as they beat New Zealand by 5 Wickets

The Men in Blue beat New Zealand by 5 Wickets in the first match of the T20I series. They are leading the 3 T20Is Series 1-0 and has ensured a winning start for Rahul Dravid as Team India’s Head Coach. 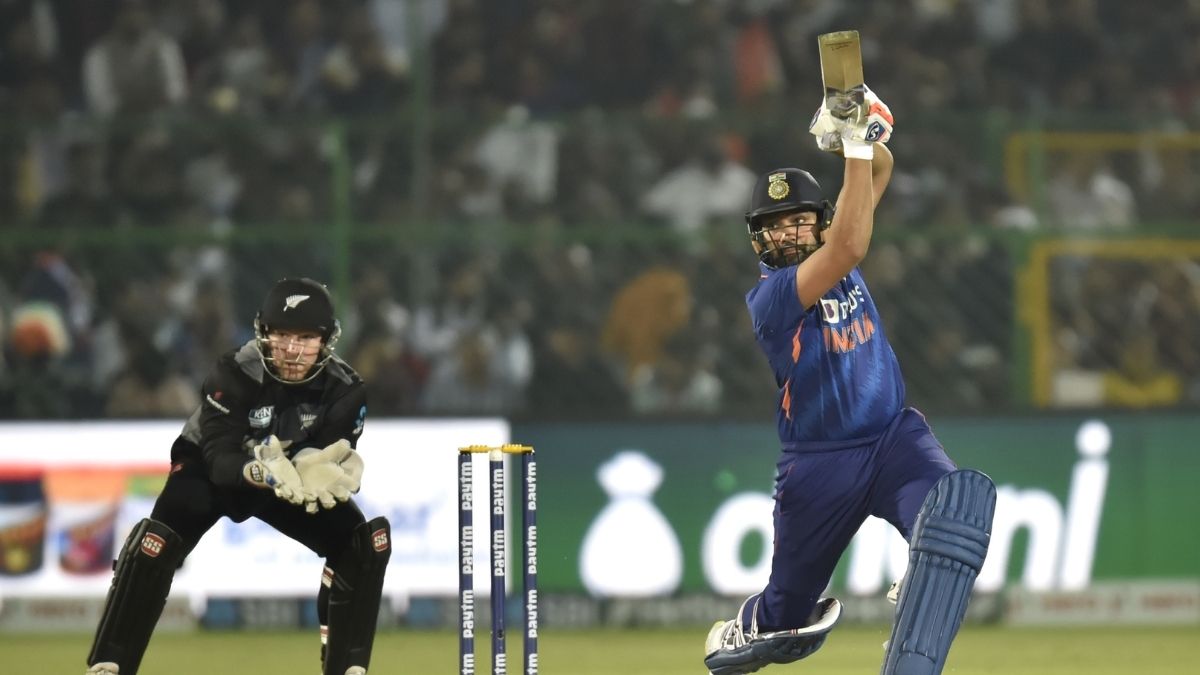 In the 1st T20I Match between India vs New Zealand, Rohit Sharma and Co. won by 5 wickets on Wednesday, 17th November 2021 at the Sawai Mansingh Stadium, Jaipur.

Hence, the New Zealand Cricket Team – Runners-up of 2021 Men’s T20 World Cup is playing after only a two-day gap as they arrived in India. Meanwhile, with this series, a new era started for the Indian Men’s Team as Rahul Dravid’s tenure as Team India’s Head Coach began with Rohit Sharma as the captain of the T20I Team.

India had won the toss & chose to bowl.

New Zealand puts 164 Runs on the board

There was an early setback for New Zealand as Daryl Mitchell was dismissed on a duck, bowled out by Bhuvneshwar Kumar. They were 1/1 (0.3 overs).

After the powerplay, they were 41/1. However, from there Martin Guptill & Mark Chapman rebuilt New Zealand’s innings as they made a 109 run partnership.  Chapman registered his first T20I half-century for New Zealand.

After a great start, India lost a wicket in the last over of the powerplay as KL Rahul left the crease on 15 as Mitchell Santner picked his wicket. India were 50/1 (5.1 overs).

16 runs were needed from 12 balls, skipper Tim Southee bowled the 19th over. He bowled well and conceded just 6 runs and picked the wicket of Shreyas Iyer. India were 155/4 (18.6 overs).

In the end, another wicket fell of Venkatesh Iyer as he after hitting a four, was dismissed on the very next ball. But then, Rishabh Pant scored the winning boundary.

As a result, India won the match by 5 Wickets and are leading 1-0 in the T20I series. Meanwhile, the 2nd T20I between India vs New Zealand will be played on 19th November, Friday at Ranchi.