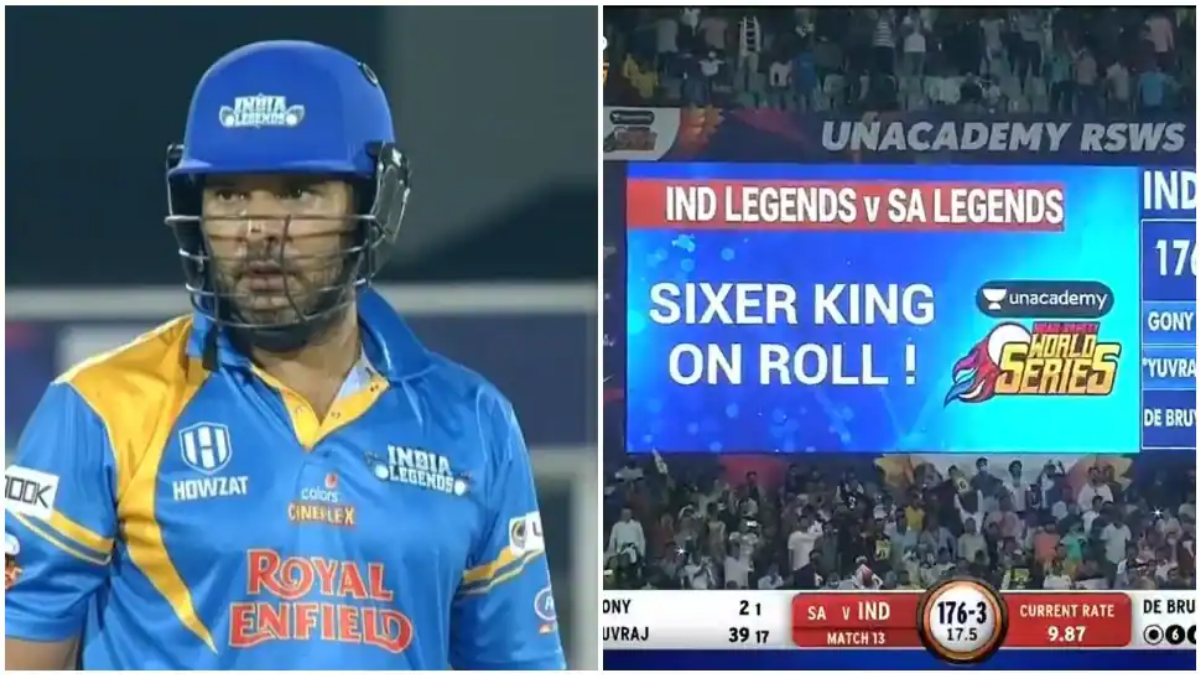 During the 13th match of the World safety series between India Legends and South Africa Legends in Raipur, sixer king Yuvraj Singh hits 4 consecutive sixes against Z de Bruyn. Yuvraj Singh is known as the sixer king because he hits 6 sixes in an over off Stuart Broad in ICC World T20I, 2007. India legends managed to score 80 runs in 16-20 over due to the power-hitting of sixer king Yuvraj.

Yuvraj Singh contributed 52 runs in just 22 balls with 2 fours and 6 massive sixes. His massive six of 94 meters says that he is still one of India’s incredible six-hitter. Sachin Tendulkar’s and Yuvraj Singh’s half-centuries helped India to outplay South African bowlers the whole time. Tendulkar scored 60-runs in 37 balls with the help of 9 boundaries and 1 six. India’s legends scored 204/3 in 20 overs. And set a target of 205 for South Africa Legend.