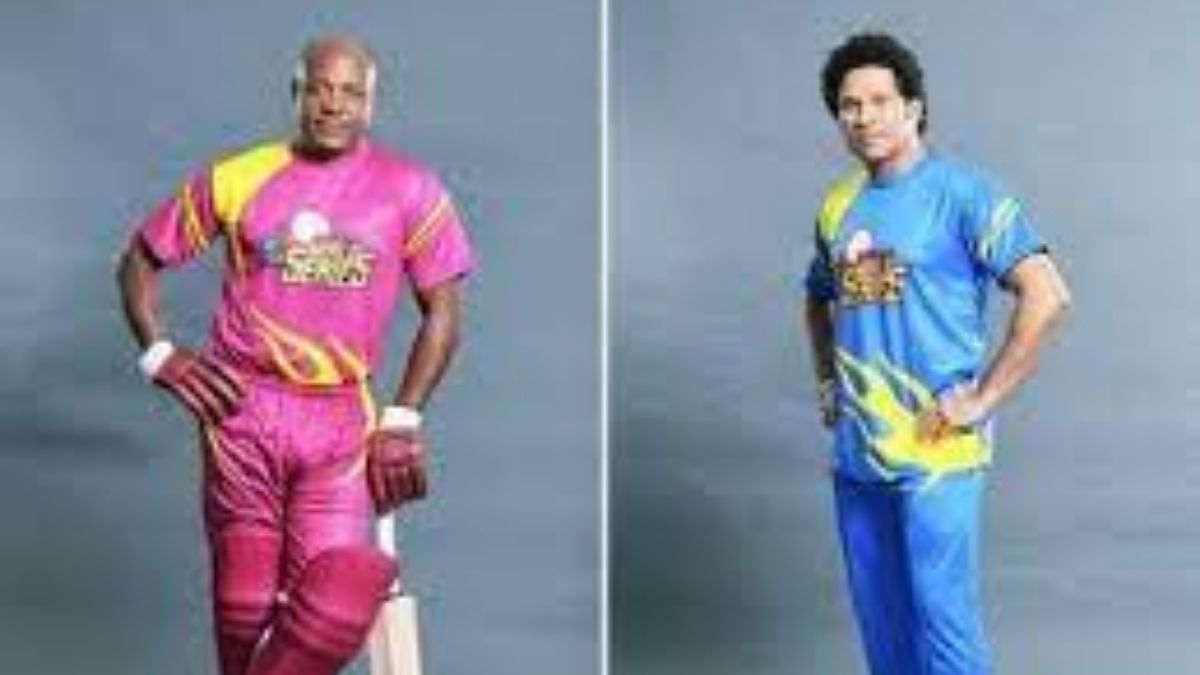 The first semi-final is ongoing between India Legends and WestIndies Legends Raipur. India scored the highest 218 runs in the Road Safety World series on Wednesday in the first inning of the match.

India bats first, in the first semi-final and they started well to post a good total on the board.

Virender Sehwag did exceptional hitting in the powerplay with Master Blaster Sachin Tendulkar. Sehwag scored 35 runs in 17 balls. After Sehwag got out Sachin Tendulkar took the charge and scored a brilliant half-century. He scored 65 runs in 42 balls.

After that Yusuf Pathan also took the charge of hitting big boundaries. He scored 37 runs in 20 balls. And then Yuvraj Singh’s storm comes in the Raipur. Yuvraj hits 6 big sixes and 1 four and he missed his half-century just by 1 run. he scored 49 runs in just 20 balls. With the help of India’s Legends exceptional batting performance, the team set a huge target of 219 in 20 overs.