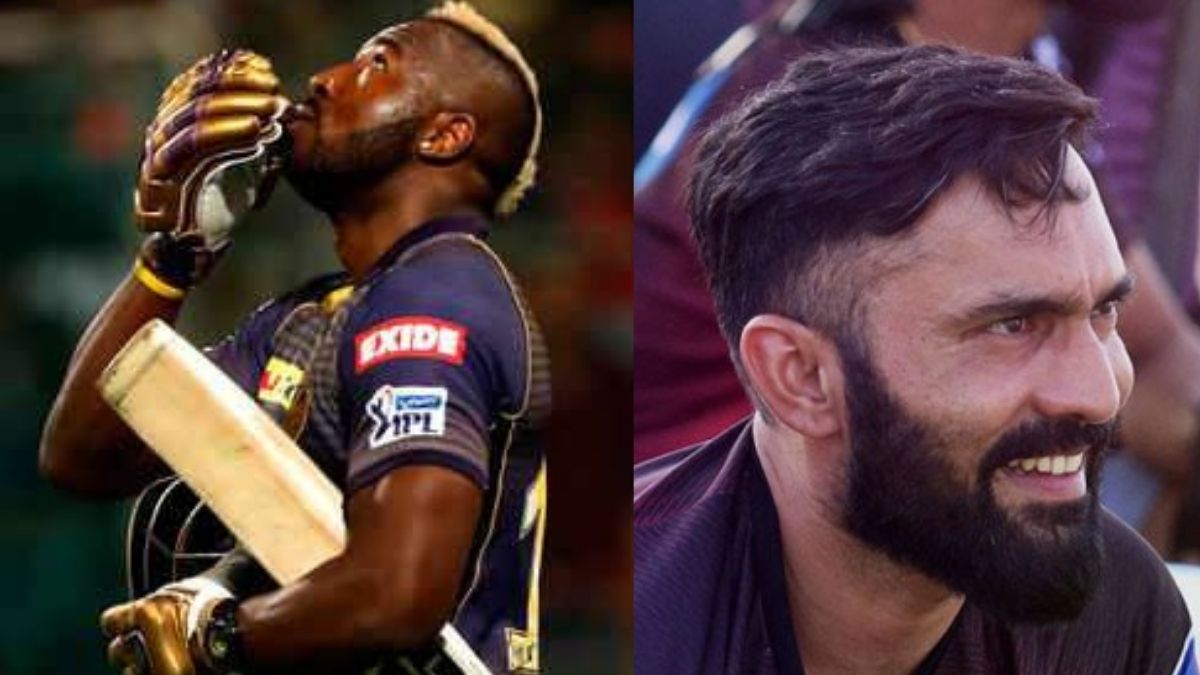 All the 8 teams are roaring ready to go for the IPL as this season in less than a weeks time. The flavour of IPL hasn’t suffered at all and craze just keeps on expanding threefolds every elapsed season.

Currently, all the teams are in the process to nurture out and develop chemistry as well as fitness for its players. To achieve so, they all are currently in full on pre-season practice camp mood with priority on improved performances from last season.

Kolkata Knight Riders too are on a practice mood. Even the team has been a part of practice matches. In one such practice match, West Indies power hitter, Andre Russell, almost injured former captain Dinesh Kartik, while the duo was in the crease together.

KKR’s Twitter Account shared a live video of this Practice match in which Russell was on strike and Dinesh was on the other end. Russell powerfully smashed a shot, straight down the ground and unfortunately Kartik was in the balls trajectory and got hit with it, but luckily didn’t end up getting injured.

Last few seasons hadn’t been good for the franchise as just last year they missed out narrowly on gettin a berth to the Playoffs and finished 5th. They need a turnaround and for that Russell’s form and fitness is pivotal.

KKR would start their journey in this years IPL against Hyderabad in Chennai on 11th April.

2021 IPLAndre RussellDinesh KarthikIPLIPL 2020IPL 2021IPL training campKKRKKR IPL 2021 scheduleKKR training camp
Share
Subscribe to our newsletter
Get your daily dose of Cricket, Football, Tennis & other favorite sports with handpicked stories delivered directly to your inbox.
You can unsubscribe at any time

IPL 2021: Despite being ruled out of IPL, why will Shreyas Iyer get his full salary?

Zinedine Zidane is cheerful about having Eden Hazard fit once more