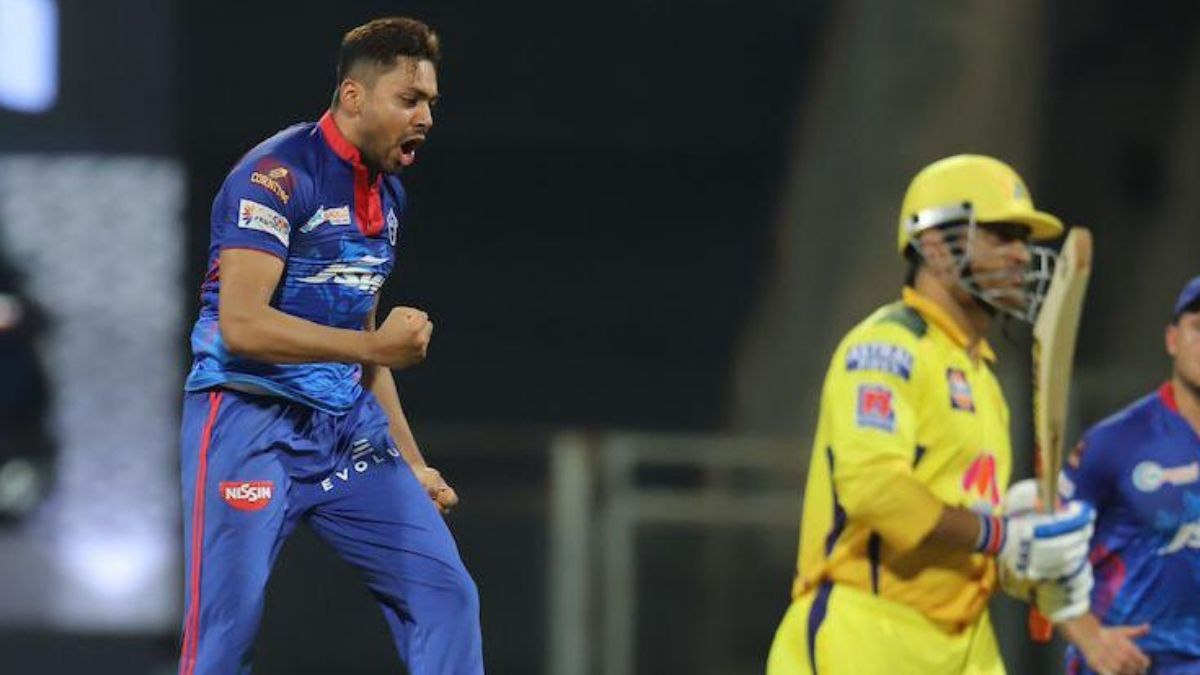 Delhi Capitals pace bowler, Avesh Khan, enjoyed success in his first outing of the season. The Indore-born pacer took 2 wickets by just conceding only 23 runs in his quota of 4. Avesh was preferably economical as well as he had an economy of just under 6, which is considered as very good in T20 cricket.

But the real delight for this pacer was getting MS DHONI’s wicket. While bowling the 16th over of the innings, Dhoni got dismissed, without adding a single run for his team and Avesh was all delighted after dismissing the ‘Big Fish’ for 0.

“Three years ago Mahi bhai’s (MS Dhoni) catch was dropped. Mahi bhai’s wicket is my dream wicket, and now three years later I’ve fulfilled that dream and I’m very happy about it. It’s also that he hasn’t played cricket in a while, he hasn’t been playing matches, so we planned to initially maintain pressure on him, and I got the wicket because of the pressure,” said Avesh said in a video shared by Delhi Capitals.

He made the ball do talking and rose to the occasion 💙

📹 | Avesh Khan chats with us about his performance in #CSKvDC, getting the big wickets of Faf and MSD, and if DC has the best pace attack in the IPL 🔥#YehHaiNayiDilli #IPL2021 #CapitalsUnplugged @OctaFX @TajMahalMumbai pic.twitter.com/nxwPodlWtq

In the 3 min interview shared by the Delhi Capitals Twitter account, he even talked about the changes he has made to his techniques. He said, “I have reduced my weight by 5 kg. I have hired a personal dietician and I plan my diet according to the dietician’s directions. My diet plan changes on a day-to-day basis, depending on my gym and training sessions and rest days. Improving my fitness has helped me a lot. I am feeling light, and I feel great when I run. I had to sacrifice some of my favorite dishes for 20-25 days, but that has helped me to stay on track for achieving some of my personal goals.”

2021 IPLAvesh KhanChennai Super KingsCSKCSK Vs DCDCDelhi CapitalsIPLIPL 2021MS Dhoni
Share
Subscribe to our newsletter
Get your daily dose of Cricket, Football, Tennis & other favorite sports with handpicked stories delivered directly to your inbox.
You can unsubscribe at any time