Chennai Super Kings have won The IPL 2021 Final by 27 Runs as they beat Kolkata Knight Riders to clinch their 4th IPL title. 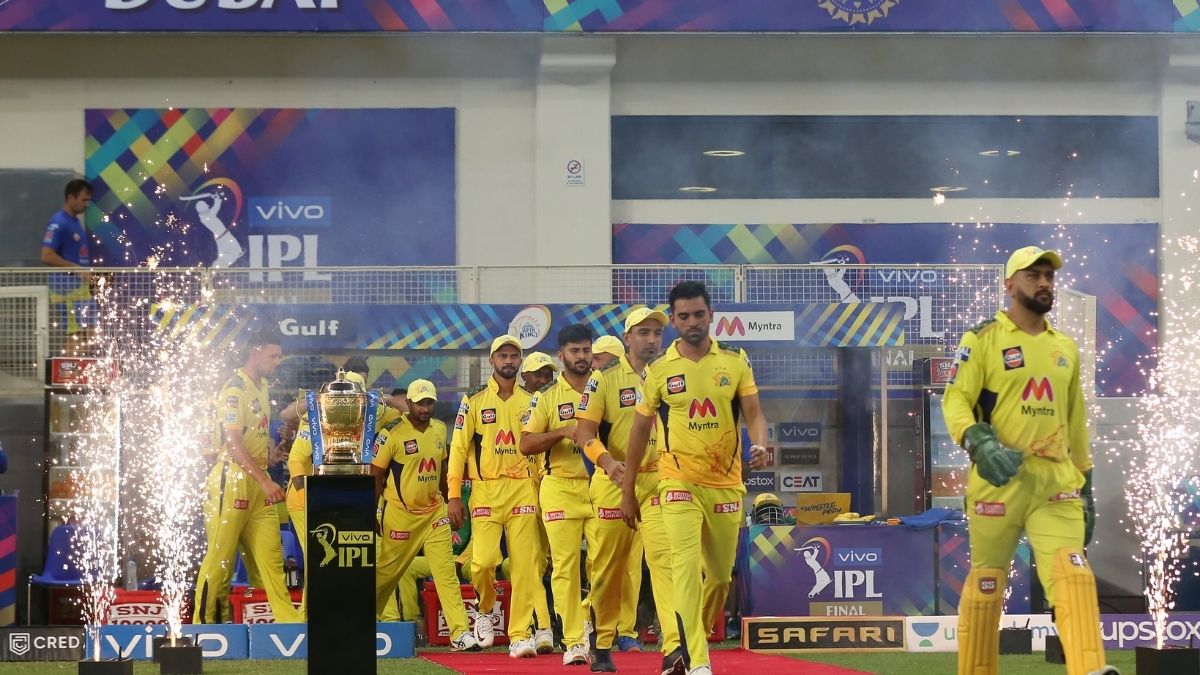 The IPL 2021 Final was the 60th Match of this IPL season, it saw Chennai Super Kings vs Kolkata Knight Riders battle it out. It’s the Men in Yellow who are the Champions of the 14th Season of the Indian Premier League. The Final took place at the Dubai International Stadium, in the United Arab Emirates on Friday, 15 October 2021.

After being asked to bat first, Chennai Super Kings added 192/3 on board in the IPL 2021 Final. As CSK’s batting unit had done their job well. It was Faf du Plessis’s knock of 86 (off 59 deliveries) along with Ruturaj Gaikwad, Robin Uthappa, and Moeen Ali’s quick knock of 30 each helped.

Then, chasing for Kolkata Knight Riders looked easy at the beginning, with their openers adding a 91-Runs Opening Partnership. But then, as KKR looked taking this away from the Chennai Super Kings. Shardul Thakur strikes for CSK as he picks two wickets in the same over – Venkatesh Iyer departs for 50 (off 32 deliveries). Iyer tried to hit it big but mistimes it and a good catch by Ravindra Jadeja.

Then, next Nitish Rana goes for a duck as Faf du Plessis makes no mistakes to catch it. The momentum then changes as Kolkata Knight Riders were in trouble – 93/2 (10.6 overs).

In the last over of the IPL 2021 Final, Mahendra Singh Dhoni goes to Dwayne Bravo to finish it over. As a result, Chennai Super Kings have won the match by 27 Runs. As Kolkata Knight Riders were 165/9 in 20 Overs.

A round of applause for @KKRiders, who are the runners-up of the season. 👍 👍

Chennai Super Kings vs Kolkata Knight RidersCSK vs KKRFaf du PlessisIndian Premier League 2021IPL 2021IPL 2021 finalRuturaj GaikwadShardul Thakur
Share
Subscribe to our newsletter
Get your daily dose of Cricket, Football, Tennis & other favorite sports with handpicked stories delivered directly to your inbox.
You can unsubscribe at any time