Harbhajan and Nitish sang the infamous ‘Brown Munde’ song and Rana said he’s a fan of this song. 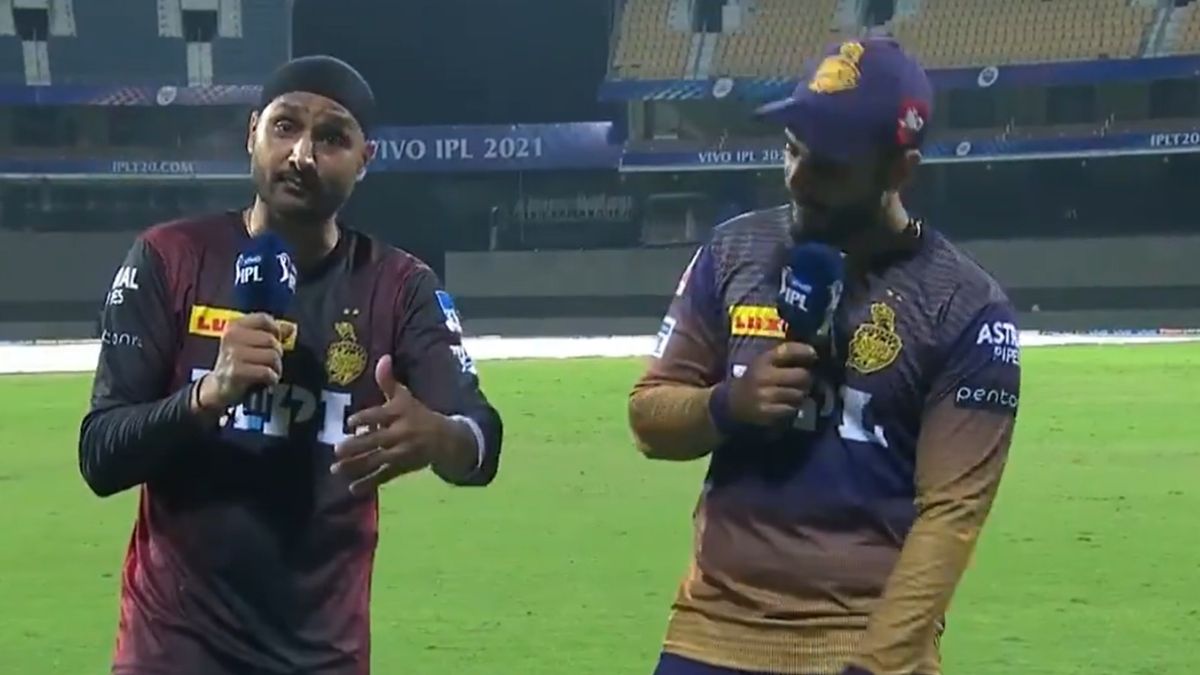 Nitish Rana starter singing it first in the interview and asked Harbhajan to join in. Rana sang this song for his friends, who love this 2020 hit number.

NITISH Rana played an exceptional knock-in KKR’s first match against SRH in which KKR beat SRH by 10 runs. Particularly, KKR’s top order outperformed in which Rana smashed 80 off 56 balls and Rahul Tripathi at No. 3 scored a quickfire 53 off 29 balls.

While for the formerly Indian off-spin bowler, Harbhajan although started KKR’s bowling but only bowled that particular 1st over, in which he conceded 8 runs as well as a dropped catching chance of Warner by Cummins.

KKR is off to a solid start, and it seems like the players in the Bio-Bubble are enjoying the atmosphere and even enjoying ‘Brown Munde’.

2021 IPLHarbhajan SinghIPLIPL 2021KKRKKR vs SRHNitish RanaSRH
Share
Subscribe to our newsletter
Get your daily dose of Cricket, Football, Tennis & other favorite sports with handpicked stories delivered directly to your inbox.
You can unsubscribe at any time

Lucas Vazquez out with an Injury from UCL

IPL 2021: “He, as a whole package is of great value,” Zaheer Khan on Hardik Pandya