RCB’s young bowling prodigy Harshal Patel reminded everyone why he is worthy of the purple cap once again today. 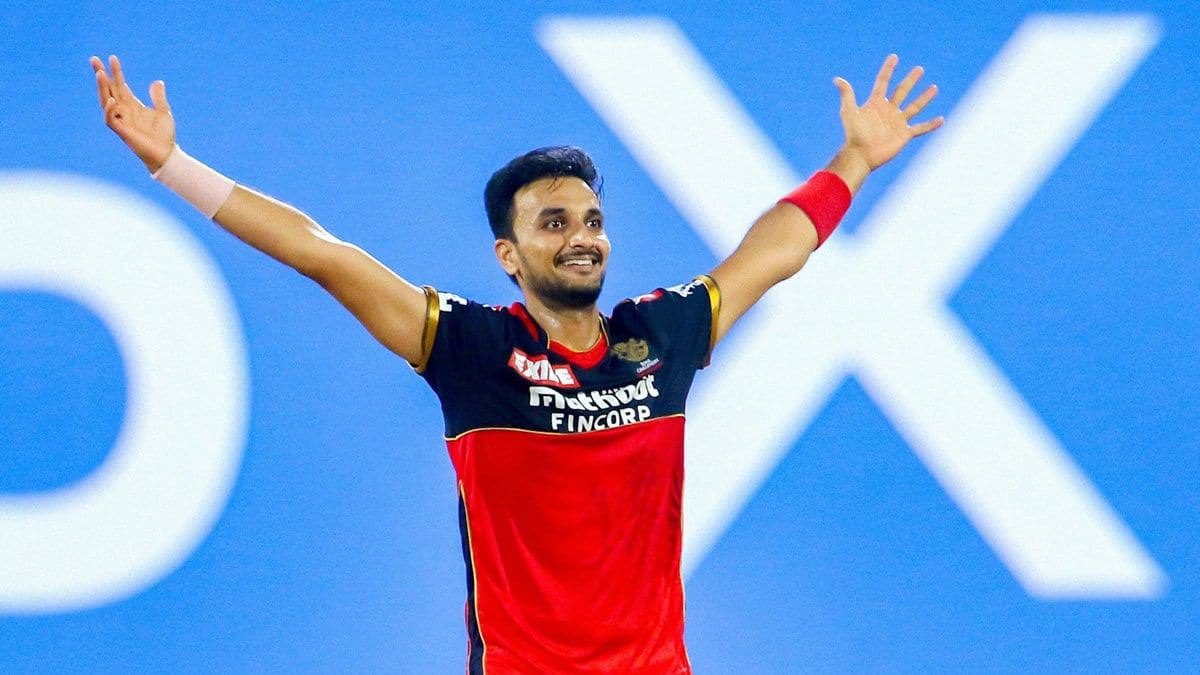 In today’s match between the Royal Challengers Bengaluru and Rajasthan Royals at Wankhede stadium, Harshal Patel proved once again why he is a deserving purple cap holder.

Coming off of three consecutive wins, RCB looked in good form as their team game has been tremendous since the beginning of the season, on the other hand, Sanju Samson’s squad seem to be in a little bit of trouble as they have won only 1 match so far in the season.

Shockingly Virat Kohli won yet another toss as he was in shock and chose to bowl first.

RCB was successful in initially restricting Royals batsmen from scoring big in the powerplay with Mohammad Siraj and Kyle Jamieson on the top of their form taking an essential opener wicket to land a huge blow to Rajasthan’s batting order.

RCB’s young bowling prodigy and the current IPL purple cap holder for the most number of wickets put on yet another show for the fans today as he went on to display his magical spell here at Wankhede, Harshal Patel dismissed Riyan Parag just when he was about to go crazy with the bat, Patel’s fullish delivery around off tricked Parag into shuffling inside as he tried to scoop the ball over short fine leg but he failed to make the distance and Chahal took an easy catch to send him back to the pavilion.

After this, Rajasthan Royals had pretty good innings as they made a comeback into the innings with some essential T20 batting.

But, Harshal was bought in again for bowling by Kohli in the final over, Harshal quickly dismissed Chris Morris with a full delivery as Morris looked to play the scoop but couldn’t place the ball on the middle of the bat and Chahal took another easy catch to send Morris to the stands.

Chetan Sakariya stepped to the crease and was instantly dismissed by Patel as he bowled a lengthy delivery on the middle forcing Sakariya to top edge the ball as it went straight up in the air and AB de Villiers took the catch.

With three wickets today for Harshal Patel, he once again justified why he is worthy of the purple cap in this season, the youngster is one of RCB’s most reliable bowlers so far this season with his amazing ability to strike during pressure and also support RCB’s bowling attack with enough wickets to hold the batting down from scoring big.

Chethan SakariyaChris MorrisHarshal PatelIPL 2021Mohammad SirajRajasthan RoyalsRCB vs RRRoyal Challengers BengaluruSanju SamsonVirat Kohli
Share
Subscribe to our newsletter
Get your daily dose of Cricket, Football, Tennis & other favorite sports with handpicked stories delivered directly to your inbox.
You can unsubscribe at any time

IPL 2021: T Natarajan ruled out of IPL owing to a knee injury