IPL 2021: Here’s what Prithvi Shaw has to say about his DC Coach, Ricky Ponting

Prithvi Shaw had some nice things to say about his DC Coach, Ricky Ponting. 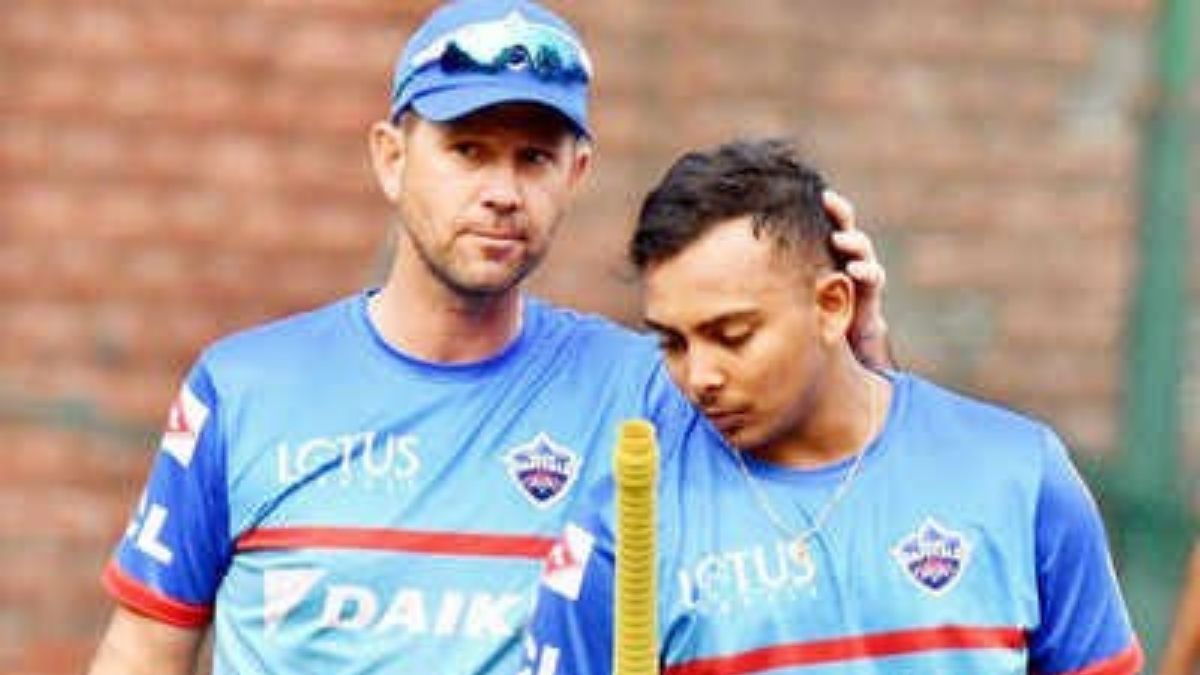 Delhi Capitals, coming into the first match, with a new captain, with a particularly strong yet deferred playing XI, and yet they thrashed Chennai Super Kings in their first match at Mumbai’s Wankhede.

Prithvi Shaw had a great game against CSK in which he scored an incredible 72 out of just 38 balls and looked flawless. In a recent interview, he was asked about his chemistry with Capitals’ coach, Australian Legend, Ricky Ponting.

Shaw said, “With Ricky, I generally speak to him about tactics and strategies as a batsman. He has played so much cricket and he has got the experience which he can share with us and he does especially with the youngsters. I am enjoying working with him.”

He continued, ” I made some small changes in my batting before the IPL. I just wanted to minimize all the mistakes I was making, and I worked hard.”

The Vijay Hazare Trophy showing for the young lad was outstanding and he’s eager to follow this up in IPL and regain his opener stature for Indian Team.

2021 IPLDC vs RRDelhi CapitalsIPLIPL 2021Prithvi ShawRajasthan RoyalsRicky Ponting
Share
Subscribe to our newsletter
Get your daily dose of Cricket, Football, Tennis & other favorite sports with handpicked stories delivered directly to your inbox.
You can unsubscribe at any time