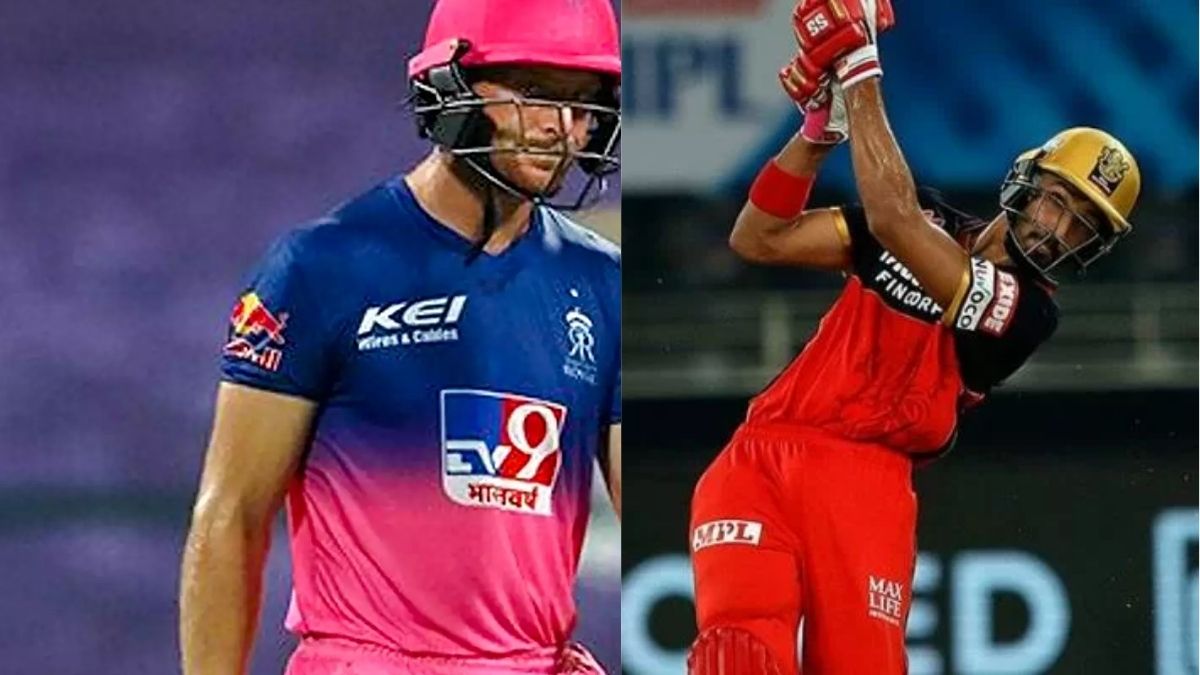 Jos Buttler is a true gentleman on the field. Today, the opening batsman couldn’t lead his team to victory and had lost his wicket very early in the game as his team got defeated by RCB when Padikkal’s carnage led RCB to victory by scoring 101 runs (not out) partnering with the opening batsman Virat Kohli, who’s also the skipper of RCB.

Devdutt Padikkal batted fiercely smashing six sixes and eleven fours and a stellar 100 runs came out of his bat in just 50 balls. He reached the 100 by smashing a pristine drive-through extra-cover for four.

His aggression with the bat and his amazing innings couldn’t make the English batsman Jos Buttler nearly even jealous of him. He came forward to tie Devdutt Padikkal’s shoelaces which had gotten untied during the match. He kneeled down to tie them and displayed why this game is called the Gentlemen’s game.

These incidences though rare in cricket display that there is no enmity in cricket and players only play to enjoy the game.

Devdutt PadikkalIPL 2021Jos ButtlerRR vs RCBVirat Kohli
Share
Subscribe to our newsletter
Get your daily dose of Cricket, Football, Tennis & other favorite sports with handpicked stories delivered directly to your inbox.
You can unsubscribe at any time

IPL 2021: Check out these memes from RCB vs RR encounter