Ponting's statement has created a lot of heat for DC ahead of IPL 2021. 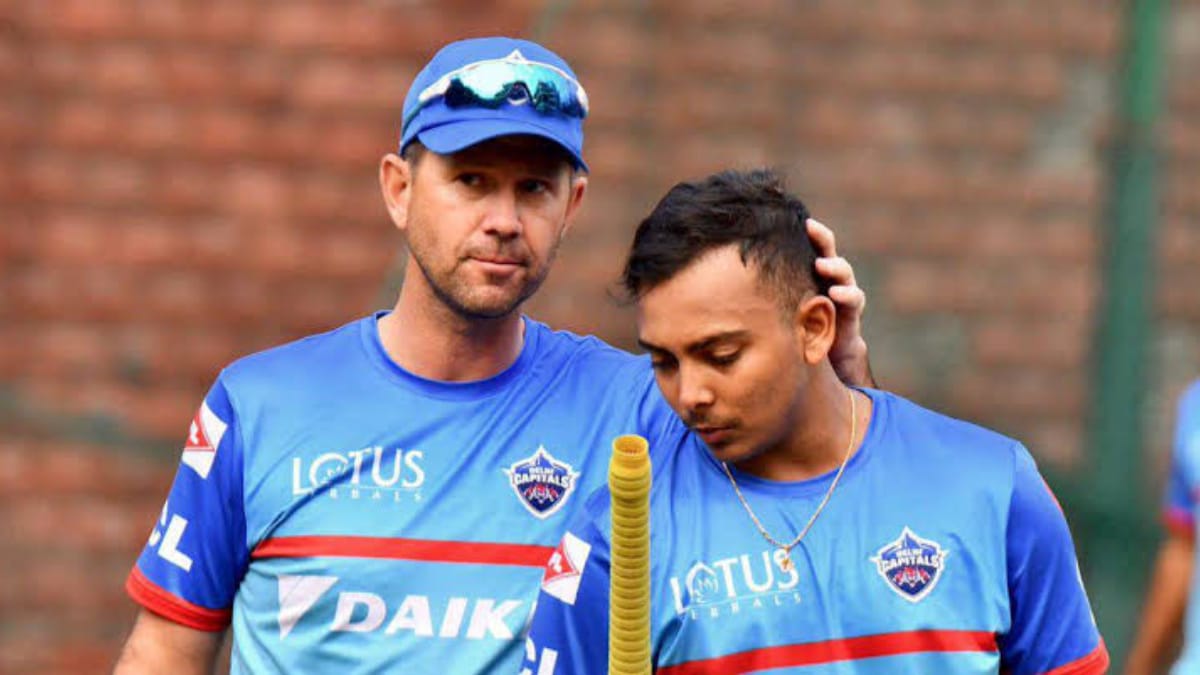 “I’ve tried the last two years and I’ve really enjoyed working with him, I’ve had some really interesting chats with him through last year’s IPL, just trying to break him down, trying to find out exactly what was the right way to coach him and how I was going to get the best out of him. But he had an interesting theory on his batting last year – when he’s not scoring runs, he won’t bat, and when he is scoring runs, he wants to keep batting all the time.

Exclusive: @DelhiCapitals head coach Ricky Ponting hopes to unlock the "superstar" potential of Indian young gun Prithvi Shaw, but hopes some of his training theories have changed ahead of #IPL2021 | @LouisDBCameron https://t.co/QC6qWR793B pic.twitter.com/hyc4v47gC2

He had four or five games where he made under 10, and I’m telling him, ‘We have to go to the nets and work out (what’s wrong)’, and he looked me in the eye and said, ‘No, I’m not batting today, I couldn’t really work that out”.  Ponting quoted saying this to cricket.com.au.

Ponting was very unhappy on Shaw’s training approach during last year’s IPL as Shaw refused to bat at the nets despite not  being able to score runs on the board. Shaw had a bad IPL run last year with only two half-centuries in 13 games and an average of 17.53. He also faced a lot of criticism after continuous bad performances in Australia and was dropped from the England Home Series.

But Ponting also Praised Young Man Shaw for his Recent performances in the Vijay Hazare Trophy, scoring four centuries for Mumbai including an unbeaten double hundred – 227 not out off 152 balls against Puducherry, about which the Coach Said  “Shaw might have changed. I know he’s done a lot of work over the last few months, that theory that he had might have changed, and hopefully it has, because if we can get the best out of him, he could be a superstar player,”

Well whatever their personal grudges are, Ponting has been a successful Mentor & Coach for the DC as he led the team to somewhere close to the win the trophy, If his given statement is correct then Shaw should definitely work on his behavior & try to follow what his Coach wants him to do for the sake of winning the trophy once this year.

Delhi CapitalsIPLPrithvi ShawRicky Ponting
Share
Subscribe to our newsletter
Get your daily dose of Cricket, Football, Tennis & other favorite sports with handpicked stories delivered directly to your inbox.
You can unsubscribe at any time

“Would love to have Messi at PSG”, says Argentine footballer Angel Di Maria

Ind vs Eng: Speculations on Ravi Shastri for cancelation of test

IPL 2021: Virat Kohli talks about going to the IPL camp earlier than planned