As RCB ended up winning the match by a little margin of one run, Twitter exploded with memes. 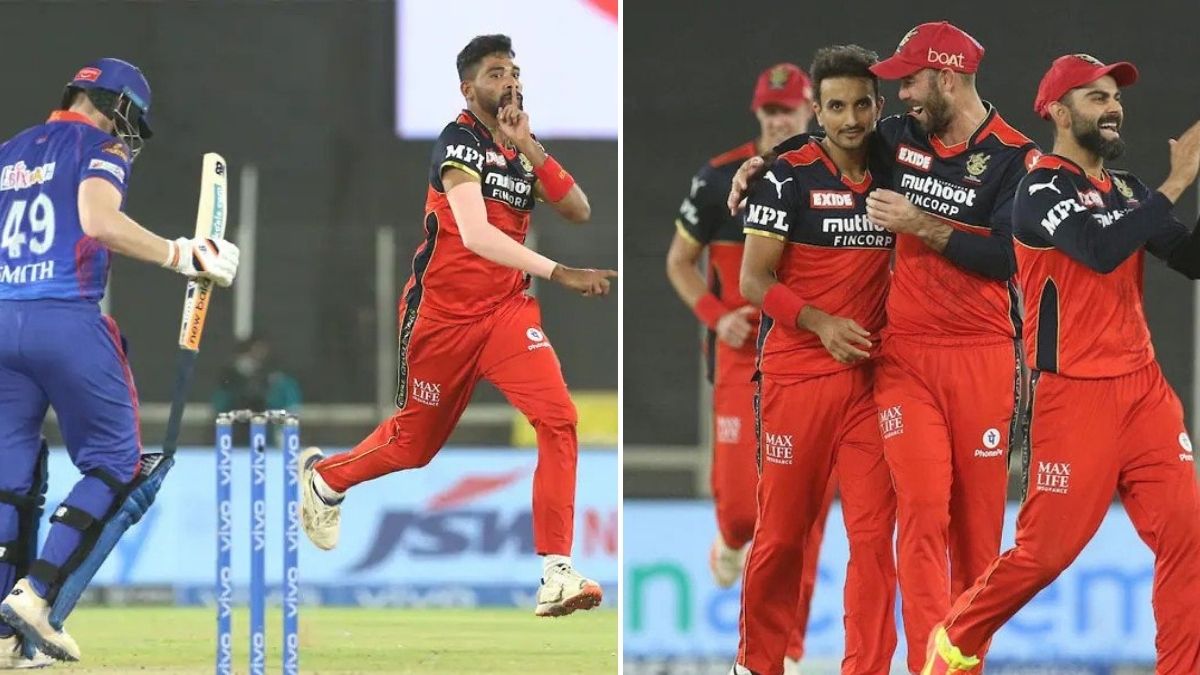 ARCB defeated the 2020 runners-up Delhi Capitals in a nail-biting thriller match. The match was filled with entertainment as ABD scored some serious runs in the last over of the match and in the end, it was Hetmyer who bought Delhi back into the game.

Match’s finish was the best, but there were also some incidents that got attention in the eyes of fans. ABD explosion, Shaw dismissal, Avesh bowling, Hetmyer hitting, Pant’s unusual batting, there was everything a and expects from an IPL game. In the end these all incidents were shared on Twitter and created a lot of buzz on social media. The memes from the match were as interesting as the match was.

A fan shared the famous doggy meme, stating the status of RCB in 2019 IPL vs 2021 IPL, as RCB are looking very strong this season and just losing one game out of six.

Siraj bowled exceptionally well, especially in the last over to seal the deal. Here’s an appreciation meme from a fan.

Well any memes are incomplete without the Mirzapur ones.

Pant’s inning was slow and we also don’t know how it went to Dhoni.

#RCBvsDC
Where AB de Villiers can hit the ball? pic.twitter.com/FAD7TohZOt

Kohli’s reaction on the DRS was shocking as the fans are also shocked to see RCB on top.

IPL 2021: RCB won the thriller by just one run against Delhi Capitals to secure top spot in points table

IPL 2021: See how netizens reacted on the mouth-watering clash between Royal Challengers Bangalore and Delhi Capitals