Royal Challengers Bengaluru Captain Virat Kohli failed to deliver for the team as he got dismissed by Harpreet Brar. 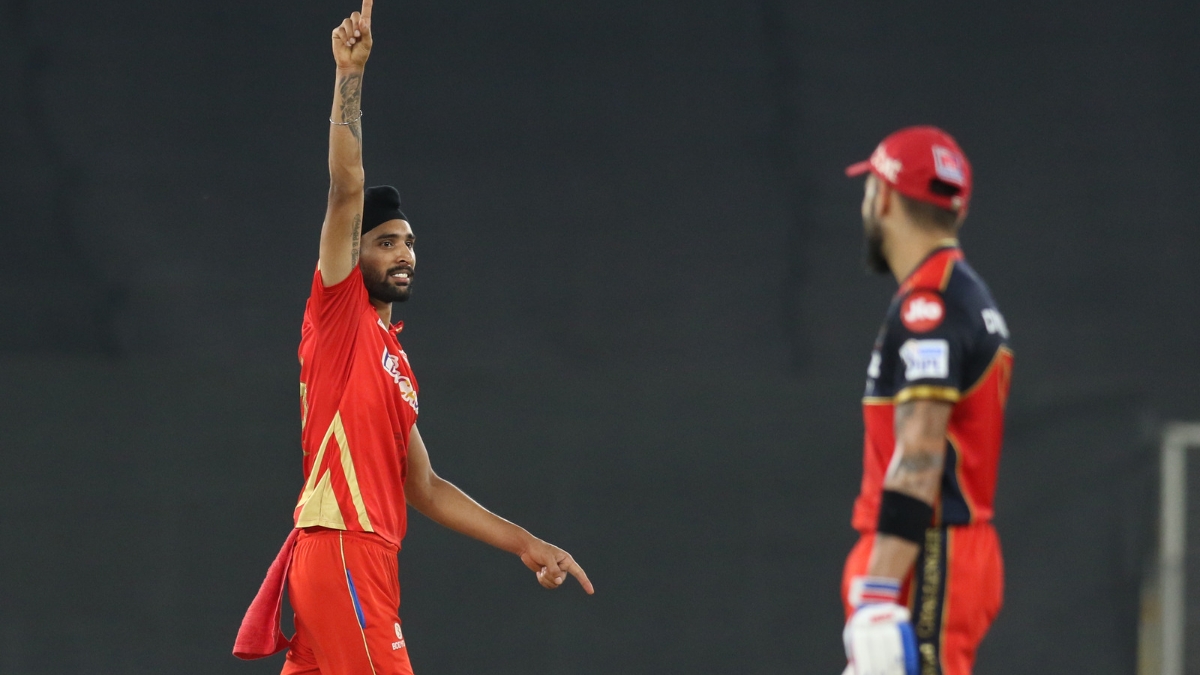 On Friday’s match between the Royal Challengers Bengaluru and the Punjab Kings, both teams led by capable batsmen who have historically proved to be dangerous were out at the pitch today to win the match.

But K L Rahul and Chris Gayle shined for Punjab today as they pushed the team score to a steady total, K L Rahul’s 91 runs off of 57 balls and Chris Gayle’s explosive 46 runs combined to post a total score of 179 for Punjab in 20 overs.

Chasing a score of 180 runs, RCB had a sloppy start in the powerplay with Devdutt Padikkal getting dismissed early in the match for just 7 runs by Riley Meredith, Virat Kohli and Patidar was then supposed to get the team out of a batting slump as the side expected Kohli to get the batting momentum going for the team but Virat Kohli failed to play the anchor role as he was dismissed by Harpreet Brar on the first ball of his over.

Kohli was bowled with a short ball on the leg stump, Kohli looked to flick the ball as he stepped in front but the low lying ball slipped past through him to hit the wickets. Kohli’s inability to judge the ball’s trajectory resulted in a disaster as Brar went in for a wicket haul dismissing Maxwell and AB De Villiers the most ket batsmen of the team to completely make it difficult for RCB to chase the score.

AB de VilliersChris GayleGlenn MaxwellHarpreet BrarIPLIPL2021K L RahulPunjab KingsRoyal Challengers BengaluruVirat Kohli
Share
Subscribe to our newsletter
Get your daily dose of Cricket, Football, Tennis & other favorite sports with handpicked stories delivered directly to your inbox.
You can unsubscribe at any time

Hitman Rohit Sharma thanks everyone for beautiful birthday wishes; calls out everyone to follow COVID-19 protocols!