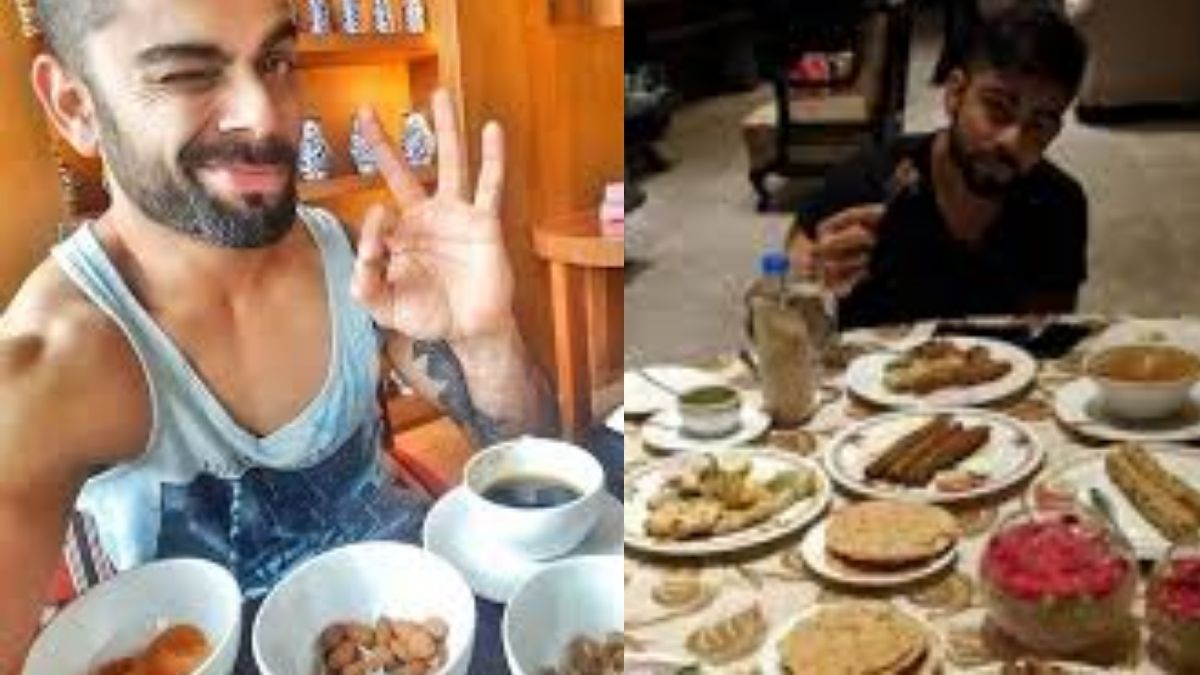 During last year chat between Virat Kohli and former England captain Kevin Peterson, Virat reveals that he is turned  into a vegan back from 2018.

Virat Kohli is an inspiration for many athletes these days. He is one of the fittest athletes in the world. His diet plan over the years is been very effective. Due to his diet plan and fitness, he sets a fitness benchmark in Indian cricket right now.  Last year, during a chat with former England captain Kevin Pietersen, Kohli had revealed that he had turned vegan. However, according to the Republic World ,it has been learned that the Indian skipper loves eating organic and gluten-free food.

Team India currently stays in Hayat regency in Ahmedabad for the 5 matches T20I series against England. An Indian team source has informed that Kohli consumes organic egg prepared for breakfast, which contradicts the ‘Virat Kohli vegan’ claims in recent times. Kohli, during an interview with Graham Bensinger, had spoken about the impact of the vegan diet on his body, having supposedly adopted it despite his liking for non-vegetarian food. However, it is believed that the Indian captain is not 100% vegan.

BCCIInd vs EngIndian CaptainRohit SharmaVeganVirat Kohli
Share
Subscribe to our newsletter
Get your daily dose of Cricket, Football, Tennis & other favorite sports with handpicked stories delivered directly to your inbox.
You can unsubscribe at any time

IND vs ENG: No spectators for the remainder of the T20Is due to the rising cases of COVID-19 in Gujarat

Yuvraj Singh and Pragyan Ojha gets into a cake fight, Rohan Gavaskar tweets the video