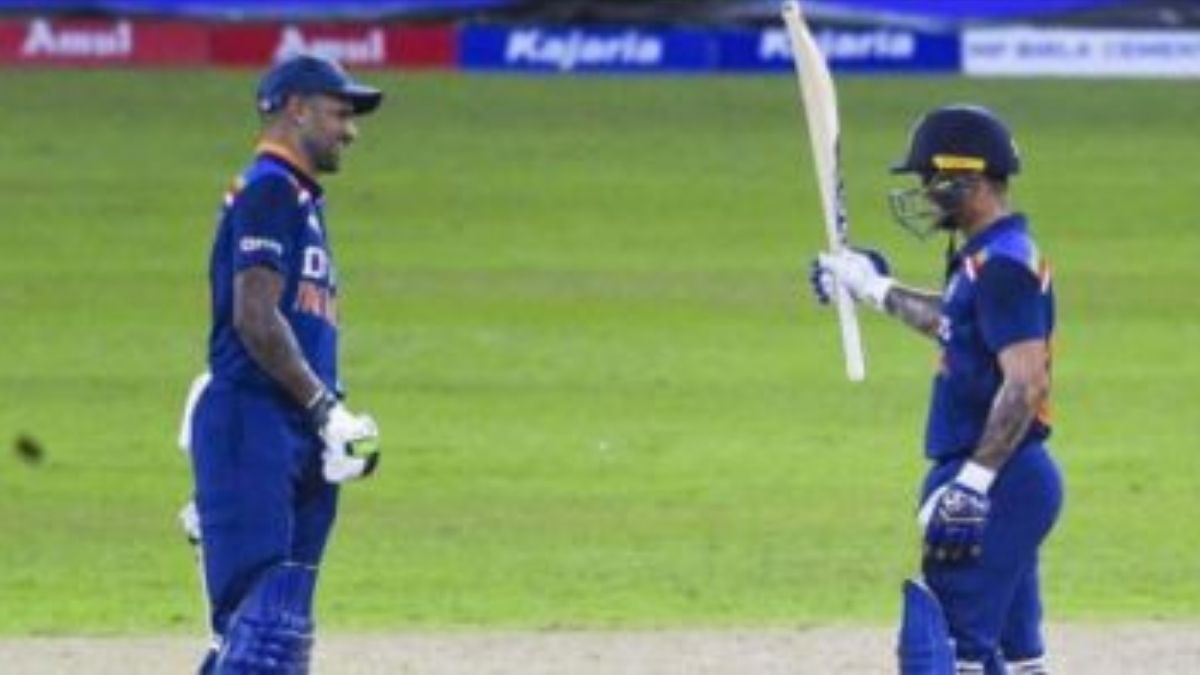 Ishan Kishan showed no nervousness while playing on the national stage for the first time be it in any format. He made the T20 debut for Indian against England, it is the first time he even showcased the fearless batting approach on an international stage. He did it again on Sunday h made his ODI debut in Sri  Lanka in Colombo where he showed nervousness in his innings. In this innings of his, he has the record of scoring the second-fastest half-century by an Indan ian batsman in an ODIan debut.

The young wicket-keeper batsman who walked at No.3, played an impressive knock of scoring 59 runs off 42 balls. He has smashed 8 eight fours and two sixes in his innings. The Jharkhand batsman scored 50 runs in just 33 balls. He just fell short of Krunal Pandya who scored a half-century in just 26 balls, which is the fastest ever by an Indian batsman in an ODI debut.

Ishan Kishan only becomes the 16th Indian batsman to score more than 50-plus in ODI debut. His score of 59 is also nine best scores by a debutant In ODI against Sri Lanka and also the second-highest score by an Indian batsman on debut against the Sri Lankans. Ishan Kishan gets his names in the list of unique records. Having scored a half-century on debut in both ODI and T20 becomes the second ever batsman in world cricket after the South African Rassie van der Dussen. He is also the first Indian batsman to score the fifties in both T20I and ODI debut.

Shikhar Dhawan led team India to Sri Lanka comprehensively by seven wickets. Shikhar Dhawan the captain being the leading run-scorer in that chase. India chased down a total of 263 in just 37 overs.

The highlights of the chase were Prithvi Shaw scoring 43 off 24 balls, Ishan Kishan scoring 59 of 42 balls Surya Kumar Yadav scoring 31 runs off 20 balls in the chase, while two wickets for Yuzvendra Chahal and Kuldeep Yadav help restrict Sri Lanka to a total of 262.

Chamika Karunaratne and their captain Dasun Shanaka were the top-scorers in that innings scoring 43 and 39 respectively.

Former Indian cricketerIndia tour of Sri LankaIndia vs Sri LankaIndian Cricket Teamindian cricketerIshan KishanRahul DravidShikhar Dhawan
Share
Subscribe to our newsletter
Get your daily dose of Cricket, Football, Tennis & other favorite sports with handpicked stories delivered directly to your inbox.
You can unsubscribe at any time