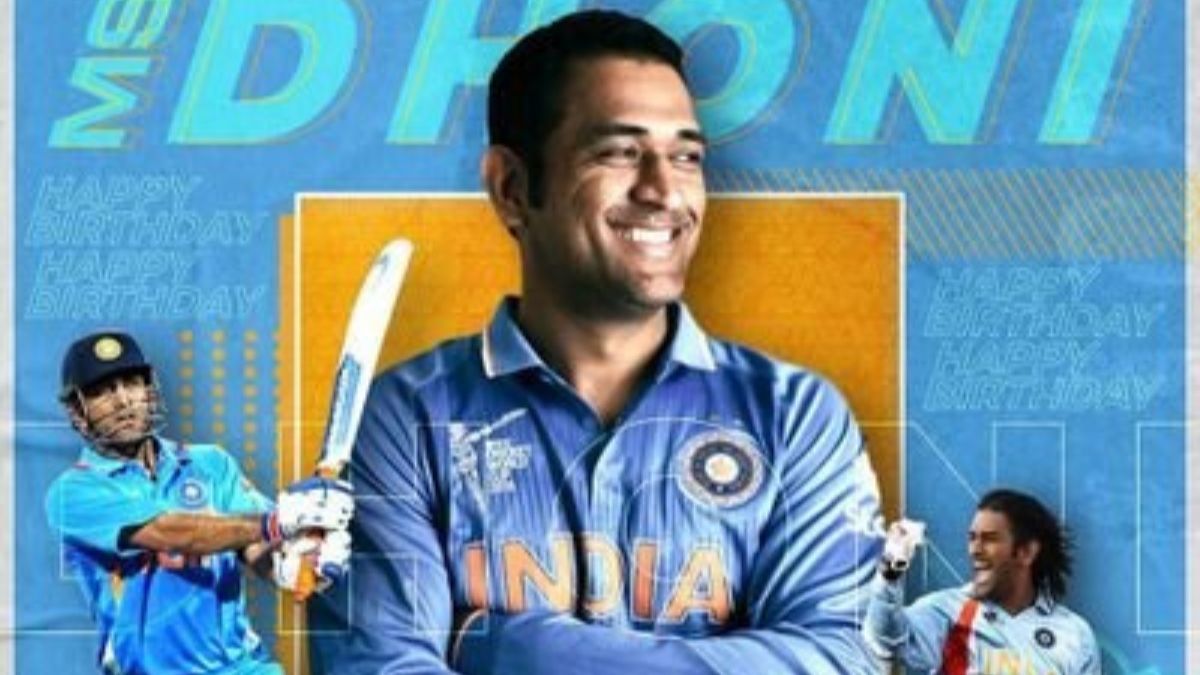 It has been four decades now since captain cool was born. The Former Indian captain MS Dhoni celebrates his 40th birthday today. The Legendary captain has broken many records in cricket. He had a very glorious career. It was also a period when the number of fans who wanted to follow cricket rigorously also increased. The standard of Indian cricket was also raised along with him. Ms. Dhoni backing key players just when their performances dip down a bit, one of the key features attributed to his captaincy.

MS Dhoni has become a key figure not only in Indian cricket but in world cricket. Even the cricketers and fans of other nations would like to watch him play. They also admire the skills and qualities that MS Dhoni poses. His ability to read the situation to read the game situation quickly and then play accordingly is greatly admired. Even if the opponents seem to be well ahead in the game and they might win, when Dhoni is at crease one can only say it’s not over until it’s over.

It was under Dhoni’s captaincy that India had won three ICC titles. In the year 2007 India won the T 20 World Cup under Dhoni’s captaincy. It was after 28 years under Dhoni Captaincy India won their 50 overs World Cup. India has also won the Champions Trophy 2013 under Dhoni. These are some key highlights and also some of the key achievements in Dhoni’s career. His boldest decision in crucial moments of the game has won many matches for his side. ‘Captain Cool’ is the name fans would like to call MS Dhoni and question whether Dhoni feels pressure.

There were many last over drama, the fans have witnessed a lot and enjoyed it was all because of Dhoni. The MS Dhoni had led a legacy that is almost impossible to replicate even in the coming generation. His achievements not only in international cricket but also in the IPL are highly spoken of.

He has led CSK to win the IPL title three times and also the champions league twice. He has ensured CSK to qualify for the play-off in each edition of the IPL. Except in the year 2020, it was the first time in the history of IPL CSK couldn’t make off to the play-off.

Many current stalwarts of Indian cricket most of them started their international career under Dhoni. They felt that his inputs were always invaluable to them as it did a great help to them to establish themselves in world cricket. Even his off-the-field contributions were led to the growth of the Indian standard of cricket. There may be many criticisms along the way in his career, but no one can deny the fact he is a legend of Indian cricket.

CSKICC Champions Trophy 2013ICC T20 World Cup 2007ICC World Cup 2011indian cricketerIPLMS Dhoni
Share
Subscribe to our newsletter
Get your daily dose of Cricket, Football, Tennis & other favorite sports with handpicked stories delivered directly to your inbox.
You can unsubscribe at any time

NENT Group wins Premier League rights in the Netherlands, Poland, Estonia, Latvia and Lithuania from 2022 to 2028