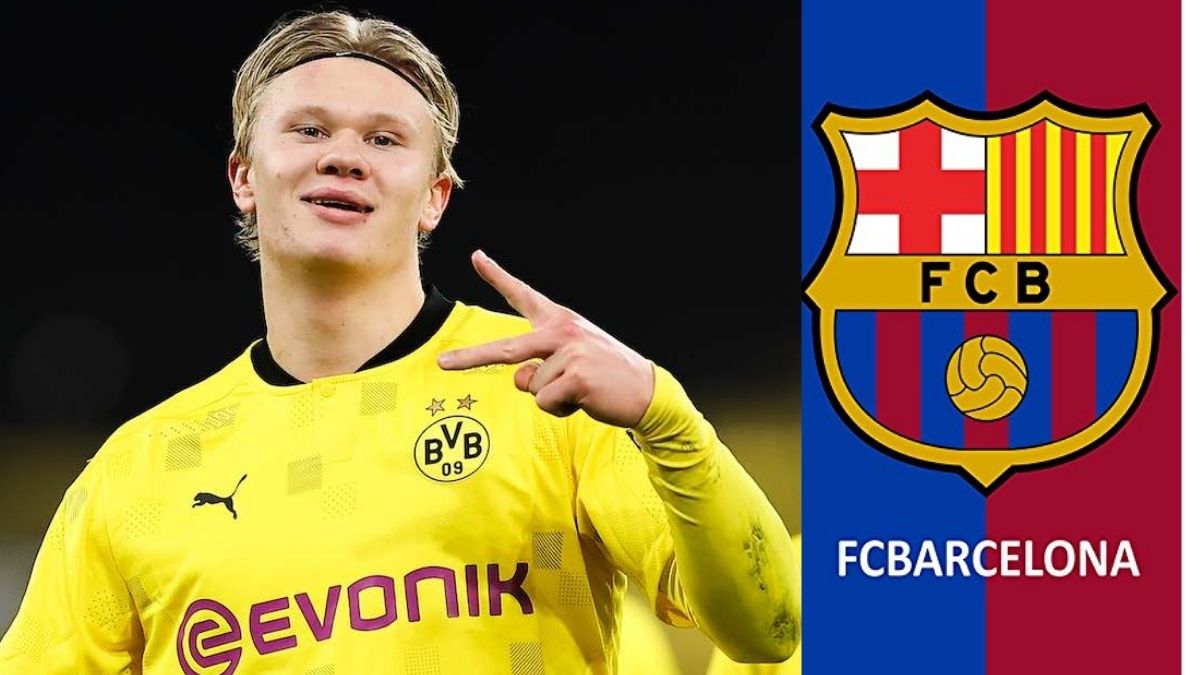 According to prominent football Journalist, Fabrizio Romano, Haaland’s agent, Mini Raiola, and his father are in Barcelona, this morning. They were greeted and then picked up by Joan Laporta’s trusted man.

Roman Tweeted, “Mino Raiola is in Barcelona right now, true and 100% confirmed as Sport reported. He’s landed today after meeting with BVB in Dortmund in the last few days to talk about Erling Haaland’s future. The race is open with many clubs involved, Barça too. Work in progress. 🔴🇳🇴 #FCB #Barça”.

Raiola and Laporta seem to enjoy a good relationship of their own which brings in the optimism that Barcelona might scoop up the Hottest Prospect in the Football world right now, Norwegian wonderkid, Erling Haaland.

There are a number of clubs who are chasing this Dortmund forward. The sensational attacker has netted 34 Goals for the German club, since arriving at BVB, back in December 2019, for a fee of around €20 Million. Likes of Manchester City, Real Madrid, Chelsea, Manchester United, etc are already reportedly tracking his status pretty closely.

BarcelonaBVBChelseaErling HaalandFabrizio RomanoManchester CityManchester UnitedReal Madrid
Share
Subscribe to our newsletter
Get your daily dose of Cricket, Football, Tennis & other favorite sports with handpicked stories delivered directly to your inbox.
You can unsubscribe at any time

Check This Out.. CSK All-rounder Sam Curran looks all fiery in this picture

Jack Wilshere: It is important to talk about feelings and mental health

Barcelona faces its Boogeyman in the Champions League opener

Chelsea: Expected lineup and injuries ahead of match against Zenit