Mbappe and Haaland might be the Future Of Football 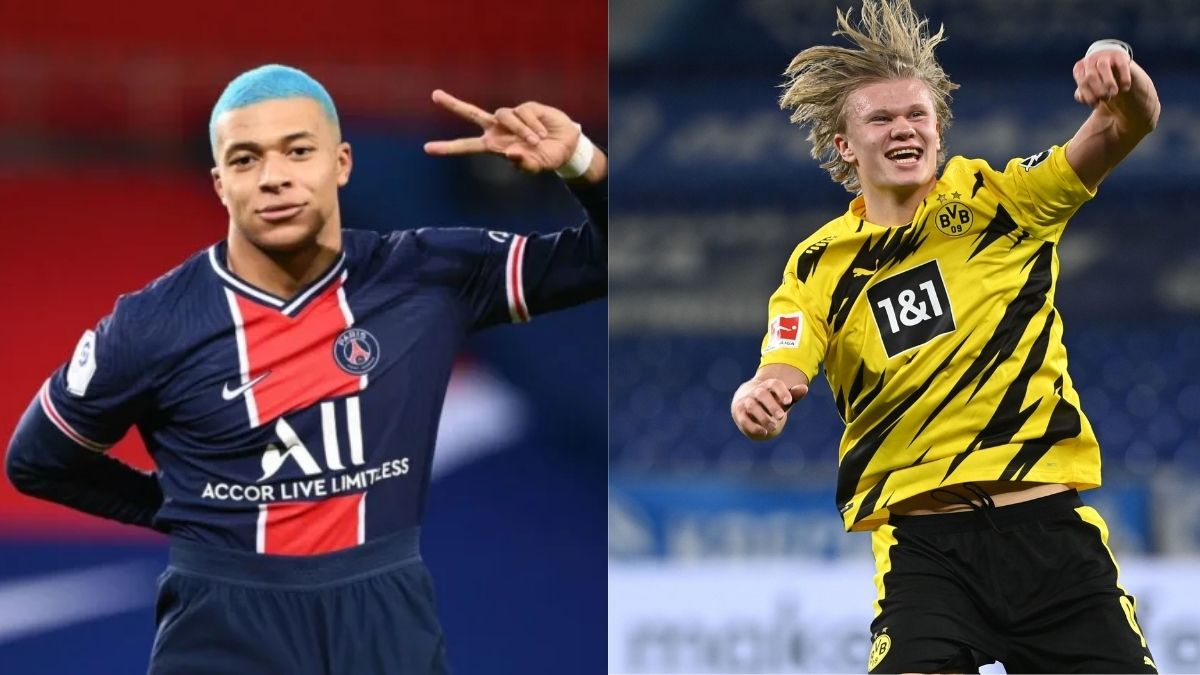 As we are almost at the end of the era of rivalry between Lionel Messi And Cristiano Ronaldo, we see a new pair of footballers fighting for the top spot. Kylian Mbappe and Erling Haaland are no new names to football now. These youngsters have immense talent and are now gaining experience at the top level. Mbappe made his Ligue 1 debut in December 2015 at the age of 16 years and 347 days making him Monaco’s youngest first-team player. He showed his talent in the domestic league as well as the Champions League by scoring 26 goals in 44 matches for the Monaco side.

This talismanic teenager was in eyes of many teams and PSG finally grabbed the opportunity by signing him at a rumored €145 million-plus €35 million in add-ons, making him the most expensive teenager ever. He is the second most expensive transfer in the History of football only behind his PSG teammate Neymar. Kylian has several honors under his belt. Kylian Mbappe Is already a world Cup winner. He did this feat at the age of 19. In fact, Mbappé was the second teenager to score two goals in a World Cup match after Pelé in 1958. He was awarded the Best Young Player and The best French Player for his performance in World Cup  In the 2018-2019 Season Kylian was Ligue 1 player of the Year. 2018-2019 Top goal scorer with 33 goals. 2019-2020 Kylian Scored 18 Goals same as Wissam Ben Yedder but was considered the top goalscorer as more goals came from open play and less game time.

The Youngster has won the most prestigious of awards except the Ballon D’ Or.  PSG and Mbappe have won multiple trophies in France but what bothers them the most is not winning the Champions League. PSG reached the Final Of the Champions League In 2020 but was defeated by Bayern Munich by 1-0. But this year the wheel has turned and revenge is complete as French Team beat The Defending Champions In the 2 legged Quarter Finals by (3-3) winning on away goals. You never know this might be the year for Parisians And Mbappe to Lift The Champions League.

On the other hand, Erling Haaland is also a very bright prospect. He might not have won as many International honors but in no way he is second to Mbappe. On 19 August 2018, Austrian Bundesliga champions Red Bull Salzburg announced that Haaland would join the club on 1 January 2019. He scored 11 goals in 6 consecutive matches in the next 2 months. Haaland also Scored some sensational goals in the Champions League. He became the first teenager to score in five consecutive matches in the competition. World’s top clubs wanted this young Norwegian in their team.

Eventually, Haaland signed for Borussia Dortmund in December 2019 for a sum in the region of €20 million.  As soon as he arrived, he set Bundesliga on fire. Haaland became the first Bundesliga player to score five goals in his opening two matches, as well as the fastest player to reach that tally (56 minutes played). Haaland won January’s Bundesliga Player of the Month award. Haaland scored twice against Union Berlin in February, becoming the first player in history to score seven goals in their first three Bundesliga games.

Haaland and Mbappe both are deadly strikers in front of goal but there certain differences in their styles of play. Mbappe is more technical and has more skills under his belt along with lightning-fast pace. Mbappe comes back to defend when needed. Haaland on the other hand is more of a physical player and is a poacher in front of the goal and an out-and-out striker.  Despite both of these players have different styles of playing there is no doubt they are currently fighting for the thrown of the best in the world. If long-term injuries or some other unfortunate events don’t happen with these players, we are potentially seeing future Ballon D’ Or winners.

Ballon d'OrErling HaalandFootballKylian MbappeUEFA Champions League
Share
Subscribe to our newsletter
Get your daily dose of Cricket, Football, Tennis & other favorite sports with handpicked stories delivered directly to your inbox.
You can unsubscribe at any time

Certified Football Tactical Analyst from Barcelona Universitas. I am incredibly passionate about football with an uninhibited love for the game. As an analyst, I am intrigued and fascinated by the technicalities and nuances of the game every single day! I have written articles for renowned publications like The Daily Guardian and currently interning with Sports Digest to further hone my skills, strengthen my knowledge and broaden my horizons as a columnist and an analyst. You can get in touch with me at [email protected]