Virat Kohli’s fun side less explored as Mohammed Shami comes up with Kohli’s witty nature’s around. 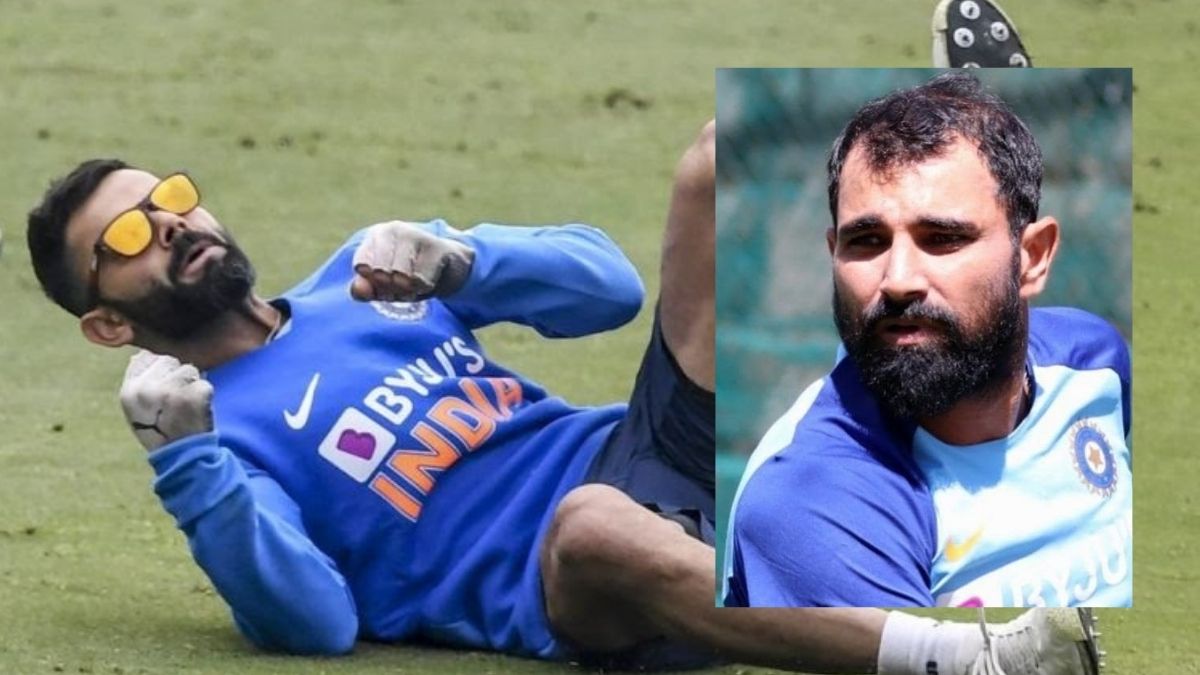 Virat Kohli, Indian Skipper, on the ground happens to be one head with his aggressive side making its way, anytime around. But there’s another side, which is there as well when Virat is in his mood.

Indian Pacer, Mohammed Shami in an interview with cricbuzz talks about the Indian Skipper Virat Kohli’s fun side.

“It is also indeed a phase which you can maybe attribute to the luck of this Indian team or hard work. But Virat has always been supportive of his fast bowlers while also giving us freedom on the ground. He only jumps in when our plans fail, otherwise we’re free as a bowling unit to do as we please. He has always been very supportive.” Mohammed Shami said.

Head coach Rahul Dravid says that players selected in the…

“As far as our fast-bowling unit or I am concerned as an individual, Virat Kohli has never put any undue pressure on any of us. Usually, there’s a doubt in a bowler’s mind before he approaches his captain. That has never been the case with Virat. He has not air about himself. He jokes around with us, behaves as if he’s our childhood friend,” Shami added.

“This leads to a lot of fun on the ground too. Sometimes there’s fun banter, sometimes we also end up saying aggressive things to each other but we never mind it because it happens in the heat of the moment.”

#ViratKohliCricketHot Head KohliIndian Cricket TeamIndian SkipperKOHLIMohammed ShamiShamiVirat Kohli
Share
Subscribe to our newsletter
Get your daily dose of Cricket, Football, Tennis & other favorite sports with handpicked stories delivered directly to your inbox.
You can unsubscribe at any time

IPL 2021: All the overseas players of Mumbai Indians reached their home safely