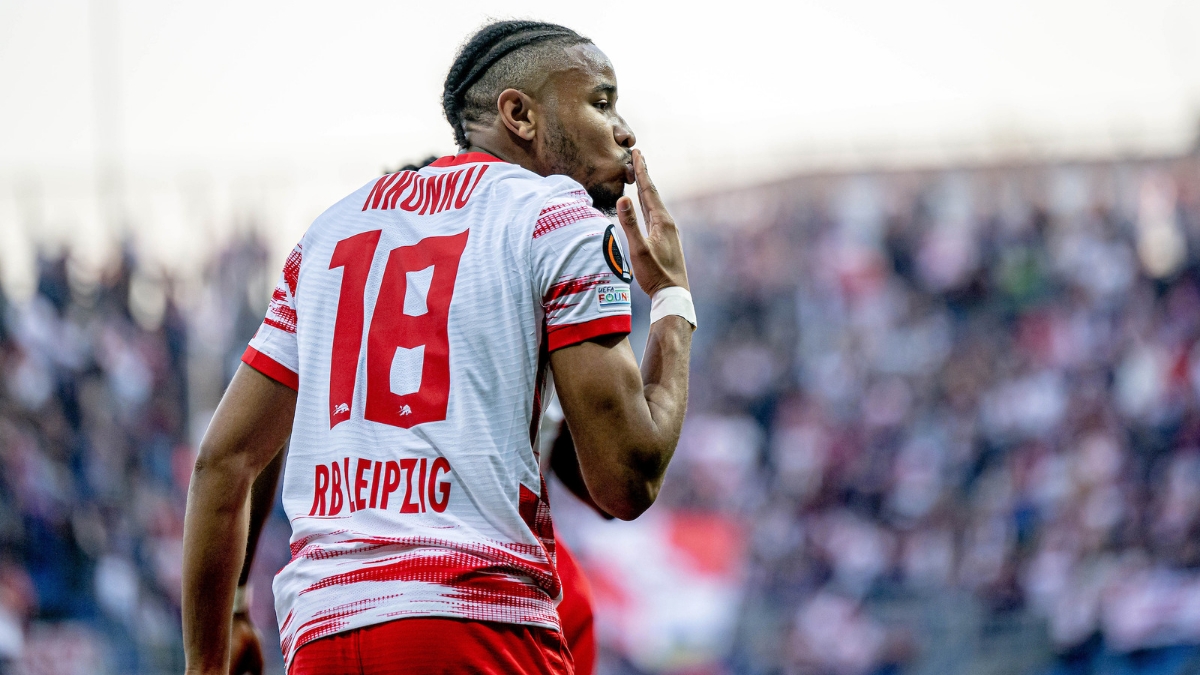 French forward Christopher Nkunku signed a new contract with his Bundesliga club named RB Leipzig. The club confirmed the contract extension on Thursday, 23rd June. Nkunku is one of the main players of RB Leipzig because of his goalscoring abilities and quality of assists. Too many clubs were behind the 24-year-old French star this summer.

Signing a new contract means Nkunku won’t be leaving the club this summer and will remain at the club till 2026 as the contract extension is of 4-years. Premier League side Manchester United was interested in signing him this summer as they are desperately looking for a forward. United was also hesitating to do this deal as RB Leipzig kept the price of the French star too high. It was reported earlier that RB Leipzig asked €100 million for Nkunku this summer.

“Christopher Nkunku’s release clause with RB Leipzig will be valid starting from summer 2023. Also, it could reach higher figures – as happened with other Leipzig clauses in the past,” tweeted Fabrizio Romano on Thursday.

Release clause of Nkunku is €60 million which will come to effect from next season (as per Fabrizio Romano).