IPL 2021: See how netizens reacted on the win of Rajasthan Royals over Sunrisers Hyderabad

Rajasthan Royals defeated Sunrisers Hyderabad by 55 runs in the 28th match of IPL. This is Rajasthan’s third victory. After chasing the target of 221 runs put by Rajasthan, the Hyderabad team could score 165 runs for 8 wickets. 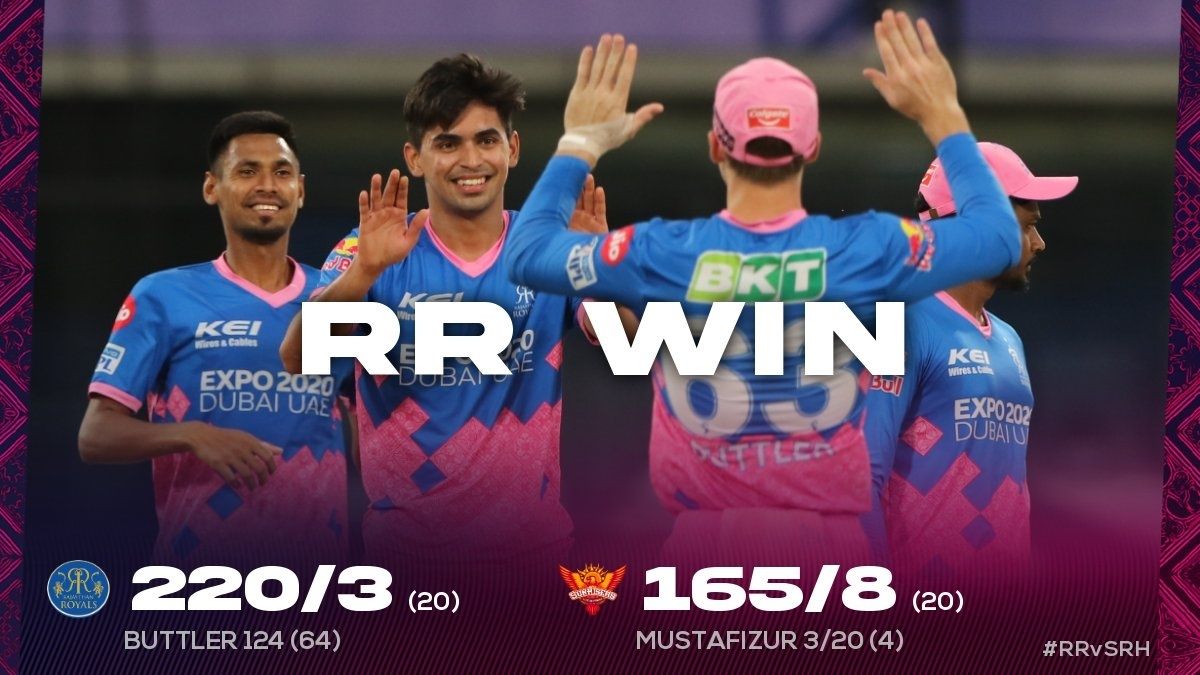 Rajasthan Royals defeated Sunrisers Hyderabad by 55 runs in the 28th match of IPL. This is Rajasthan’s third victory. After chasing the target of 221 runs put by Rajasthan, the Hyderabad team could score 165 runs for 8 wickets. Manish Pandey scored 31 and Johnny Bairstow scored 30 runs for Hyderabad. Chris Morris took the most 3 wickets from Rajasthan.

Earlier, Sunrisers Hyderabad won the toss in the 28th match of IPL and invited Rajasthan Royals to bat first. The match was played at the Arun Jaitley Stadium in New Delhi.

Captain Kane Williams also could not do anything special and after scoring 20 runs from 21 balls, Karthik Tyagi kept on catching a catch to Morris. Mohammad Nabi played a stormy innings of 17 off 5 balls, but this dangerous looking batsman was caught by Mustafizur Rahman at the hands of Anuj Rawat.

With the help of Jos Buttler’s 124 and captain Sanju Samson’s 48, Rajasthan Royals have set a target of 221 runs in front of Sunrisers Hyderabad. Butler hit 11 fours and 8 sixes off 64 balls. Rajasthan scored 220 for 3 wickets in 20 overs. From Hyderabad, Sandeep Sharma, Rashid Khan and Vijay Shankar took one wicket each. See how Twitterati reacts on this clash:

IPL 2021: Deepak Hooda exits after a dramatic run out by Axar Patel

IPL 2021: Mayank Agarwal played a responsible innings as Skipper, misses his century by a run