This is second consecutive Wrestlemania, where Triple H isn't booked to face anyone. 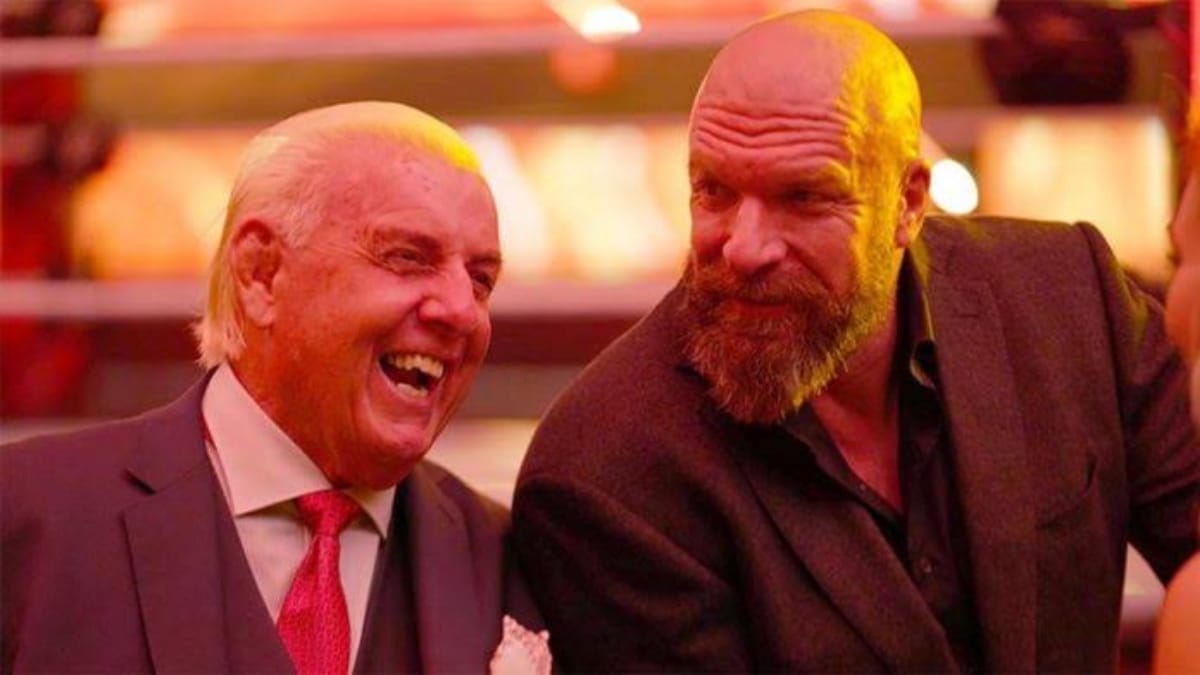 Former 16 time World Champion Ric Flair believes that “The Game” Triple H has potential to fight in one more game. Triple H who has not been an active performer since past few years, it was being speculated that The Game is going to announce retirement from any in ring competitions.

Triple H himself said in an interview that he is thinking about retiring and give young superstars a chance to earn what he achieved in his career. But he also said that Ric Flair doesn’t want him to retire soon, Triple H revealed that Ric wants him to fight in a Mania match before announcing retirement.

“I’m at the point where to me, the in-ring stuff is bonus. It’s funny Ric Flair calls me all the time to tell me, ‘You have to get back in the ring. You have to go to WrestleMania you have to have that closure and do this, whatever, a ‘retirement match.’ There’s a part of me that wants to do it, and then there’s just a bigger part of me that says, ‘I’m so busy 24/7, that to even try and contemplate how to train in the way I would want to train and get in-shape—and by shape, I don’t mean look—in-shape ring wise, so you don’t embarrass yourself once you get in there at 52.” Triple H was quoted saying in a media Interview ahead of NXT Takeover.

Triple H has multiple roles as he is also running NXT as a manager & He’s also nurturing the upcoming talents of the company.

It feels so sad to see our favorite childhood superstars getting retired, but it’s their legacy which these guys  leave behind. Triple H last fought against Dave Batista in WrestleMania where he went on to win against “The Animal”.

BatistaNXTRic FlairTriple HWrestleManiaWrestleMania 37WWE
Share
Subscribe to our newsletter
Get your daily dose of Cricket, Football, Tennis & other favorite sports with handpicked stories delivered directly to your inbox.
You can unsubscribe at any time

IPL 2021: Harbhajan Singh celebrates in ‘Bhangra Mode’, geared up for the IPL season ahead with completion of Quarantine period