Seth Rollins insults Cesaro ahead of their match at WrestleMania

The Messiah again attacks the Swing Master Cesaro, but this time with his words.

WWE Superstar Seth Rollins is in fully prepared for his match against Cesaro at WrestleMania 37. The Messiah is trying every way possible to attack Cesaro whether in terms of Actions and even while talking too.

Seth Rollins who recently issued a statement on “Talking Smack”  had some unkind word for his opponent Cesaro where he also expressed his love about former Shield Brother and Current Universal Champion Roman Reigns. “There are levels and there is a reason that Cesaro has never had the spotlight at WrestleMania. A reason! Do you know what that reason is? Do you understand what that reason is? That reason is because he is not as good as me. There are people who are on my level. Roman Reigns is on my level. There are people who understand it. ” The Messiah was quoted saying. 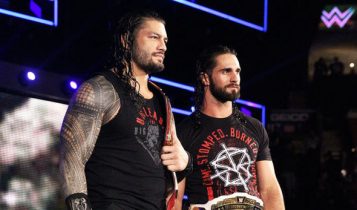 Courtesy: WWESince his return to Raw, Rollins has always tried pulling the legs of his opponent Cesaro. The Duo is set to fight in a high voltage match, and we cannot wait to see if Cesaro finally get the push he deserves or fails again this time. But rest assured everybody knows the match is going to be the blockbuster.

IPL 2021: Highest partnership’s in the history of Indian Premier League