T20 World Cup: Another great win for Namibia as they beat Scotland by 4 Wickets

Namibia won the match by 4 wickets against Scotland after Ruben Trumpelmann’s excellent performance in the first over. 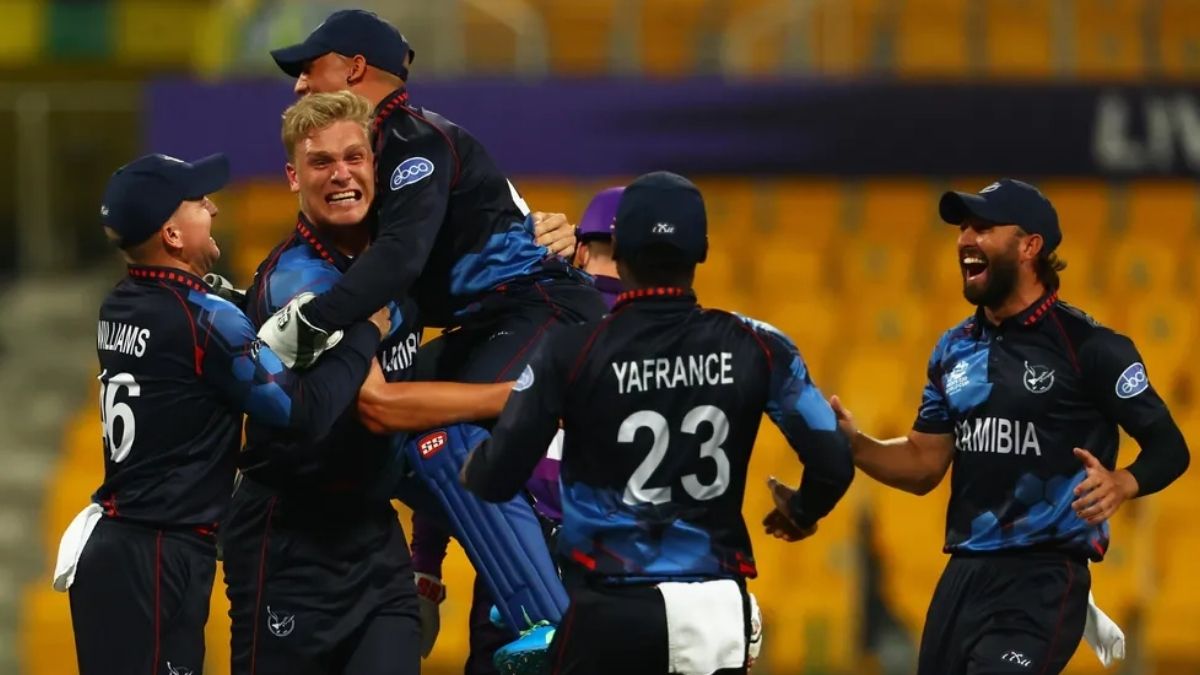 The 21st Match of the 2021 T20 World Cup was between Scotland and Namibia played on Wednesday, 27 October 2021 at the Sheikh Zayed Stadium in Abu Dhabi, United Arab Emirates.

Both teams got the chance to compete in the Super 12 round, after qualifying from Round 1 of the 2021 T20 World Cup. For Namibia, this is their 1st match of the Super 12 whereas Scotland lost to Afghanistan in their Super 12 opener.

The Line-up for Scotland vs Namibia

Scotland captain Kyle Coetzer sits out with a finger injury – Richie Berrington will lead in his place, Craig Wallace comes into the XI.

Namibia are unchanged from their win against Ireland.https://t.co/viA0ip2xXr | #T20WorldCup pic.twitter.com/aJXUBzR0uN

Namibia won the toss and decided to bowl.

1st Innings – Scotland put 109 Runs on the board

Ruben Trumpelmann strikes for Namibia in the very 1st ball of the match as he bowled out George Munsey. Then follows on to pick 2 more wickets of Calum MacLeod and stand-in-captain Richie Berrington. An excellent 1st over for Namibia, as Scotland was 2/3.

Meanwhile, in the last over of the powerplay – another wicket falls as Craig Wallace is back in the pavilion due to an LBW decision, bowled by David Wiese. Scotland was at 18/4 (5.3 overs).

The 1st wicket falls as Michael van Lingen got out in the last over of the powerplay. At this stage, Namibia was 28/1 (5.3 overs).

By the 13th over, they lost three more wickets of Zane Green, Gerhard Erasmus and Craig Williams. After that, Namibia was 67/4 (12.3 overs).

As a result, Namibia won the match by 4 Wickets. Hence, the Player of the Match was awarded to Ruben Trumpelmann for his bowling spell of 3/17.

2021 T20 World CupICC Men's T20 World Cup 2021Ruben TrumpelmannScotland vs NamibiaSheikh Zayed StadiumWorld Cup T20
Share
Subscribe to our newsletter
Get your daily dose of Cricket, Football, Tennis & other favorite sports with handpicked stories delivered directly to your inbox.
You can unsubscribe at any time