The Super 12’s of the 2021 T20 World Cup began in style with a close contest match between Australia and South Africa, even though the target was low. 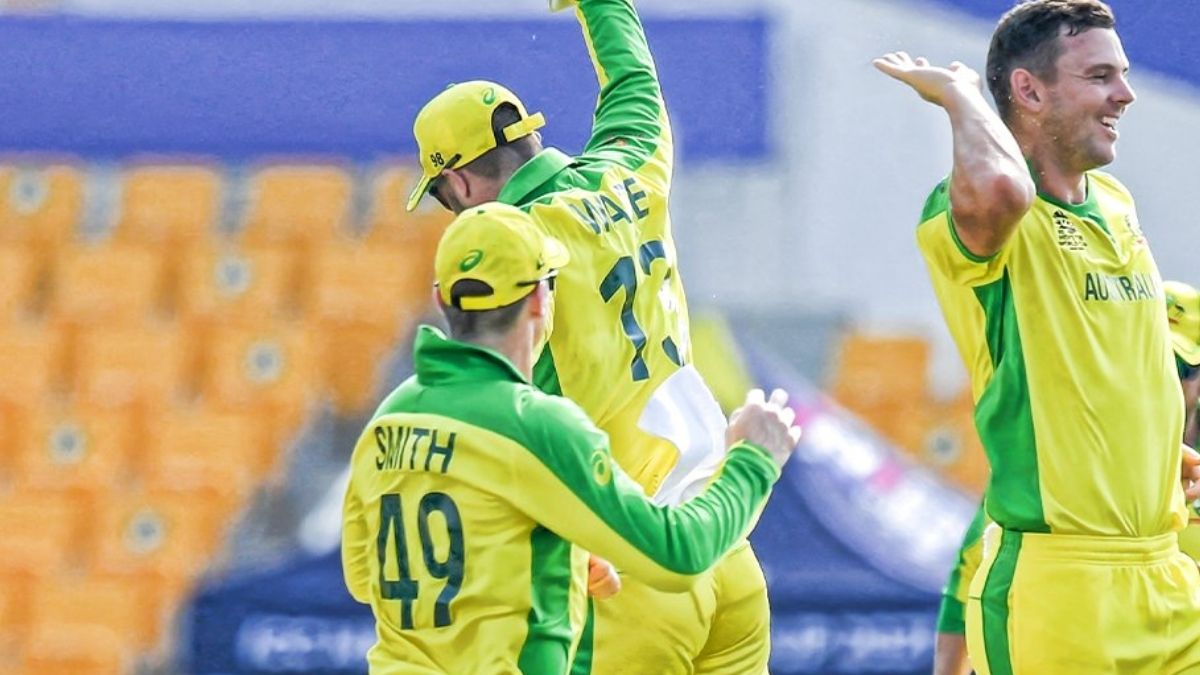 The Round 2 – the Super 12’s of the 2021 T20 World Cup begun today –  on the 23rd of October 2021, Saturday, with an Australia vs South Africa encounter held at the Sheikh Zayed Stadium in Abu Dhabi, United Arab Emirates. This is the 13th Match of the 2021 T20 World Cup, as Round 1 had been played earlier, resulting in four teams qualifying to play in the Super 12’s.

Round 2 – the Super 12’s consists of twelve teams divided into Group 1 and Group 2. The matches will take place in the United Arab Emirates and Oman from the 17th of October to the 14th of November 2021.

The Line-up for Australia vs South Africa

Australia’s bowling unit does wonders, as the South Africa fightback went in vain

A good 1st over for South Africa as their Captain Temba Bavuma hits 11 runs, expensive start for Mitchell Starc.

However, what follows next is wickets came crashing down for South Africa – as Glenn Maxwell strikes to pick the 1st, cleaned bowled Temba Bavuma.

Then, pace bowler Josh Hazlewood, 30, takes the next two wickets, as the Proteas find themselves in great trouble at 23/3 in 4.1 overs. Adam Zampa then picked 2 Wickets in an over, dismissing David Miller & Dwaine Pretorius. At that stage, South Africa was at 82/6 in 13.6 overs.

But, Aiden Markram – 40 (off 36 balls) was the lone fighter for South Africa but got out with Starc taking his wicket, an easy catch for Maxwell. A few crucial runs made in the death overs add up the total to 118/9 (20 overs).

Breakthrough for South Africa as they found early wickets. Skipper Aaron Finch goes for a duck. It looked as if David Warner was getting back in form but lost his wicket as Kagiso Rabada strikes.

For comparison, Aussie were 51/3 in 10 overs whereas South Africa was 59/4 at the same stage during their innings.

But it’s the pair of Steve Smith and Glenn Maxwell that builds up an important partnership for Australia – as they put up a 42 Run Stand. However, the superman like diving catch by Aiden Markram stopped that dangerous-looking partnership as Smith walks back.

An important wicket next, as Maxwell wants to hit big and does a switch hit but is bowled out by Tabraiz Shamsi. With this, the Proteas believed. Aussie was 81/5 in 15.2 overs.

Then Marcus Stoinis hits the winnings runs with a boundary. With Marcus Stoinis – 24* (off 16) and Matthew Wade – 15*(off 10) remained unbeaten, taking their team to victory.

As a result, Australia has won the match by 5 Wickets, earning 2 points.

Thus, the Player of the Match was awarded to Josh Hazlewood for his bowling spell of 2/19.

Josh Hazlewood takes Player of the Match honours for his 2-19 from four overs #T20WorldCup pic.twitter.com/oVuS8CayYr