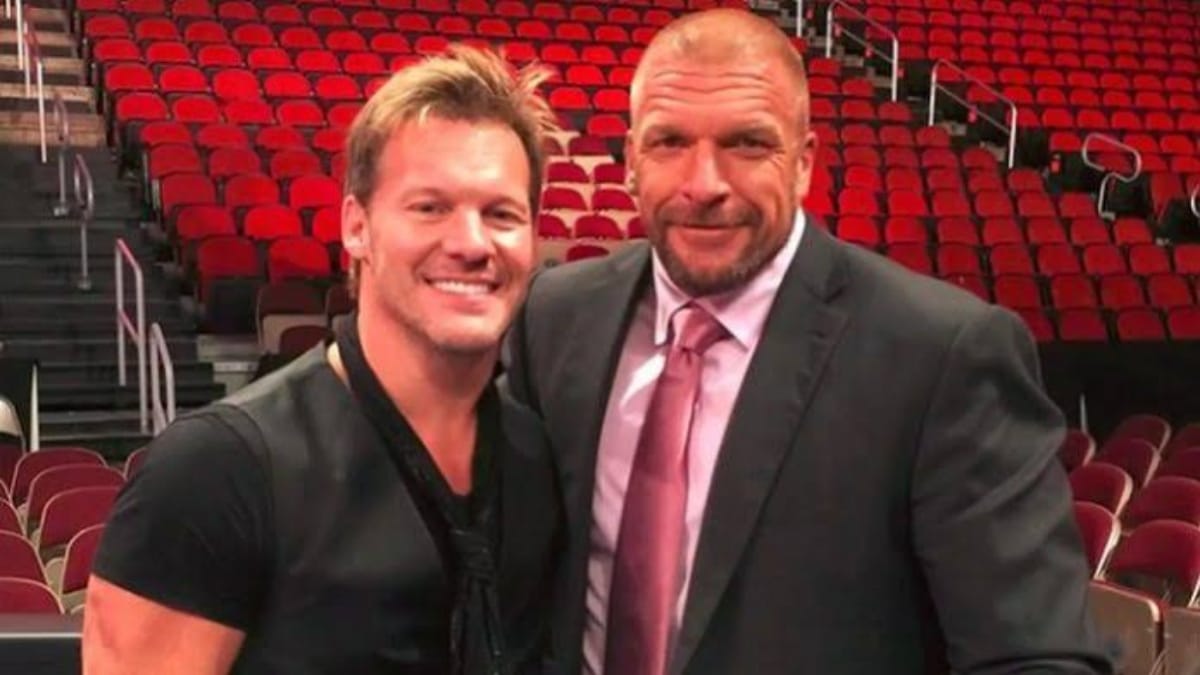 Chris Jericho who recently joined Stone Cold Steve Austin in a Podcast is said to be coming back in the company for full time. He posted a video featuring him & Austin on Twitter announcing his comeback to the WWE show as a guest.

But “The Game” Triple H revealed that the company is “open for business” and gave his view on Jericho being on the talk show,  “I’ve said it a million times on things. Vince [McMahon] has been very open for business, what’s best for business for WWE, and open to working with whoever. People sometimes create their situations in their head,” he was quoted saying

Jericho has created a lot of buzz through his comments about his time in the WWE after leaving for rival company AEW in 2019. The legend will finally be heard after such a long time and fans are going mad over the same.

The episode of WWE Podcast The Broken Skull Sessions with Jericho will air on April 11, the same day as night two of WrestleMania 37.

Jericho is one of the legends of the company, his sense of humor is always have been in the talks. He has held the WWE Intercontinental Title Belt record 9 times, which is the most for any wrestler in the company. His Comeback in the company is too unpredictable but if Vince McMahon always does things in a different style, you never know.

Chris JerichoPodcastStone Cold Steve AustinStunnerTriple HWrestleManiaWWE
Share
Subscribe to our newsletter
Get your daily dose of Cricket, Football, Tennis & other favorite sports with handpicked stories delivered directly to your inbox.
You can unsubscribe at any time

The Miz praised his boss Vince McMahon in an Interview

IPL 2021: Fabian Allen has joined Punjab Kings camp and also started his training with the squad ahead of the IPL 2021