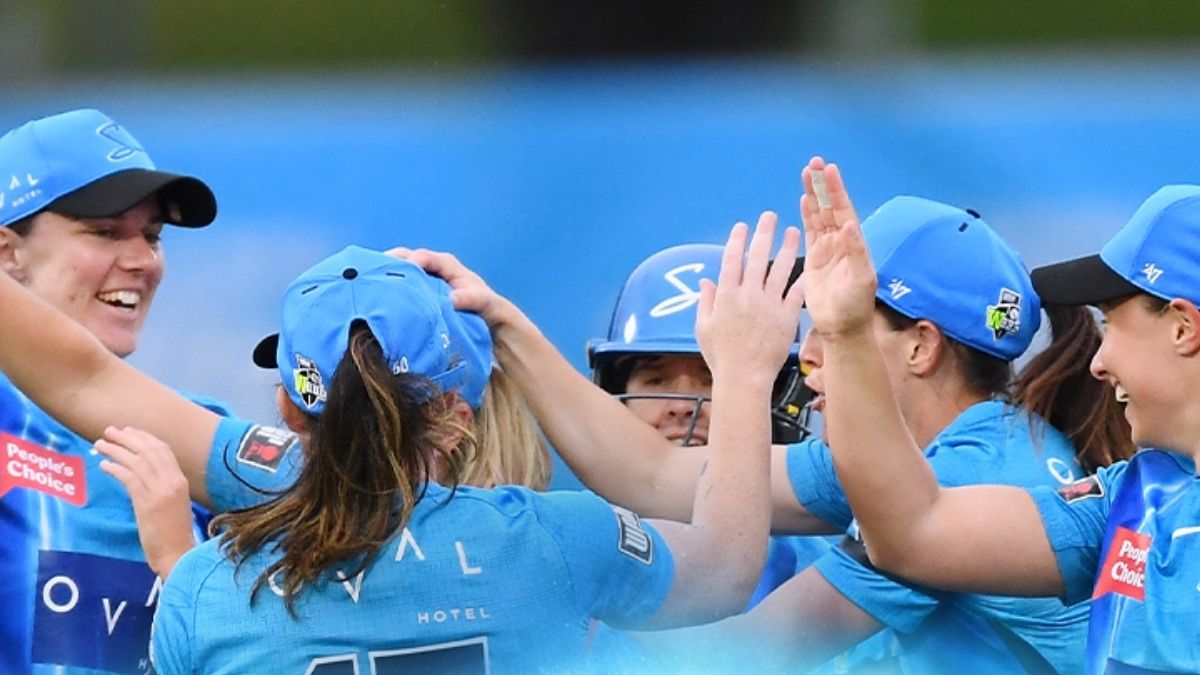 The Adelaide Strikers vs Sydney Thunder is the 38th Match of the WBBL 2021 played on Tuesday, 09th November 2021 at the Karen Rolton Oval in Adelaide, Australia.

The line-up for Adelaide Strikers vs Sydney Thunder – WBBL 2021

Adelaide Strikers Women won the toss and elected to bat.

Meanwhile, Sammy-Jo Johnson picked two wickets, dismissing Dane van Niekerk on 58 (off 46 balls) and Tahlia McGrath. After that, Adelaide Strikers were 126/3 in 16.3 overs.

In the end, Captain Hannah Darlington bowled the final over and dismissed Laura Wolvaardt on 54 (off 32 balls). However, Madeline Penna 14* (off 9 balls) hit six on the last ball to bring up 176/4 (20 overs) on the board for Adelaide Strikers.

An early wicket falls for Sydney Thunder as Smriti Mandhana was dismissed and they were 13/1 in 1.6 overs. By the end of the powerplay, Sydney Thunder were 34/1.

In the end, there were two dismissals – Issy Wong on 43 (off 17 balls) and Hannah Darlington. Sydney Thunder finished their innings at 158/6 (20 overs).

As a result, Adelaide Strikers Women won the match by 18 Runs. Hence, the Player of the Match was awarded to Laura Wolvaardt – 54 (off 32 balls).

Fireworks galore! The @StrikersWBBL come out on top in front of a home crowd at Karen Rolton Oval.

2021 WBBLAdelaide Strikers vs Sydney ThunderAdelaide Strikers WomenKaren Rolton OvalLaura WolvaardtSydney Thunder WomenWBBL|07Women's Big Bash League
Share
Subscribe to our newsletter
Get your daily dose of Cricket, Football, Tennis & other favorite sports with handpicked stories delivered directly to your inbox.
You can unsubscribe at any time

Caesars Sportsbook Adds the Mannings to the Empire