Syed Hussain Bukhari, Arshad’s coach, has stated that he would like to see Neeraj Chopra compete with Arshad in either Islamabad or Lahore. 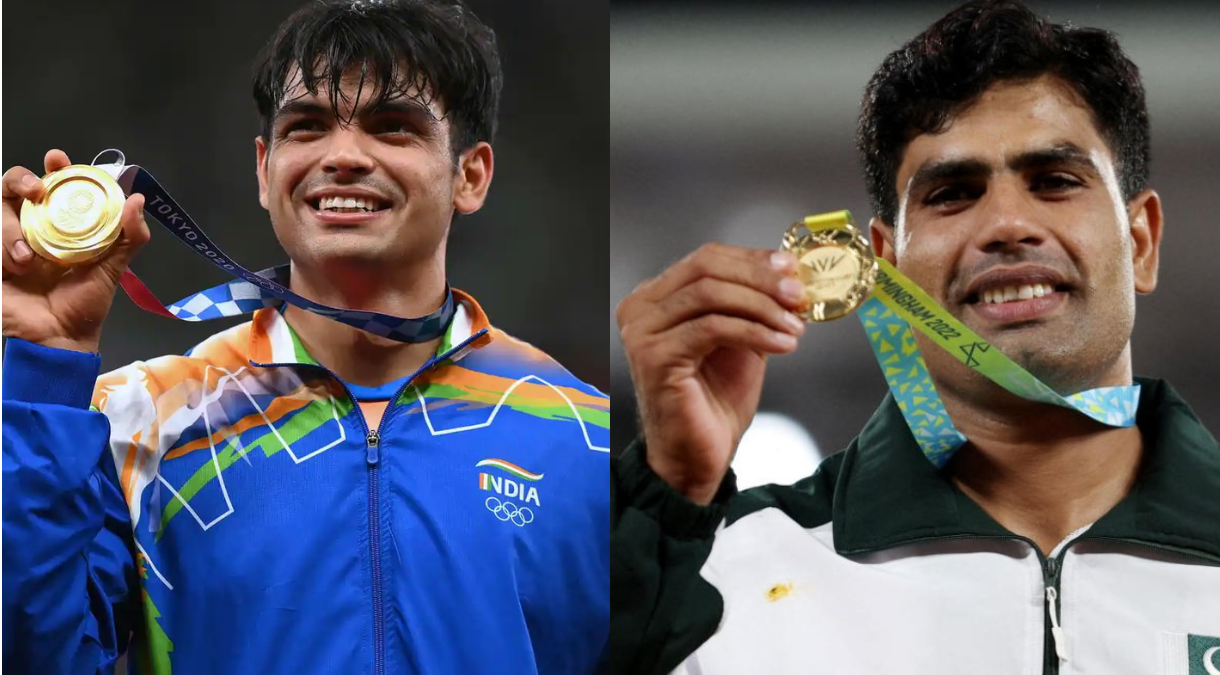 Arshad Nadeem of Pakistan penned a few days ago when he won a gold medal at the Commonwealth Games, bringing the country’s first gold medal in the sport at the CWG. Arshad’s coach, Syed Hussain Bukhari, has now stated that he would want to see Neeraj Chopra compete with Arshad in either Islamabad or Lahore. He went on to remark that Neeraj is like their son and that if he wins, they will lavish him with affection.

In an interview with the Indian Express, Bukhari stated: “Arshad trains in the Jinnah Stadium in Islamabad and Lahore most of the time; my dream is to watch Arshad and Neeraj compete in a crowded stadium in Islamabad or Lahore. Neeraj is similar to our son.”

“As a Pakistani, I assure you that if Neeraj wins, we would shower him with the same affection that we bestowed on Milkha Singh Ji in 1960 when he defeated Abdul Khaliq in Lahore. Athletes have a shared passion for athletics “He continued.

In the final of the CWG, Nadeem threw 90.18m, becoming him the first South Asian to break the 90m mark.

Chopra had missed the Commonwealth Games due to an injury sustained in the World Championships final when he won a silver medal.

“Following Arshad’s Asian Games bronze and Tokyo Olympics qualifying, I can claim that I see 30-40 javelin throwers at nearly every training site in Lahore. In recent months, I’ve seen young people from Khyber Pakhtunkhwa and the districts along the Pakistan-China border come to inquire about trials in Lahore. What Neeraj did for India, Arshad’s Olympic participation and his current record can do for Pakistan “Bukhari stated.