Australia beat Sri Lanka by 10 wickets and take the 1-0 lead in the 3-match T20I series. 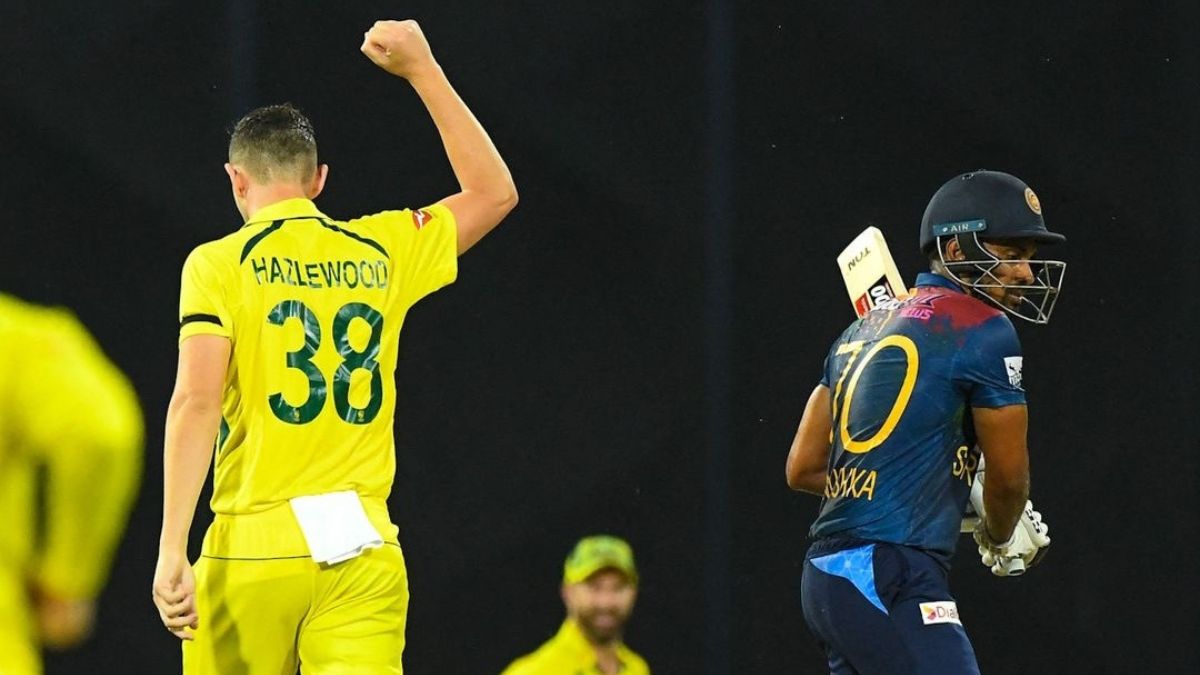 Australian cricket team beat Sri Lanka in a one-sided encounter. Australia thrashed Sri Lanka by 10 wickets and chased down 129 runs in just 14 overs. It was a game Sri Lanka would like to forget as all they did was mistakes. Their mistakes led them to this loss.

With this victory, Australia is now 1-0 up in this 3-match T20I series against Sri Lanka. Josh Hazlewood was named man of the match for his amazing spell of 4-0-16-4. He took four important wickets and that also in the crucial moment which help Australia to dismiss the Sri Lankan team on 128 runs.

Sri Lanka was 100/1 and was looking comfortable but was all out for 128 runs then. It was an all-around performance from the T20I World Cup champions of 2021 not only with the ball but with the bat as well. Both the openers, skipper Aaron Finch and David Warner remained not out and take their team to victory in the first match of the series.

David Warner scored 70* in just 44 balls whereas his partner Aaron Finch scored 61* runs in 40 balls. Sri Lankan bowlers couldn’t even take a single wicket in the game. The Australian openers didn’t let them settle on this Colombo pitch. The end score of the Australian team was 134/0 in just the 14th over.