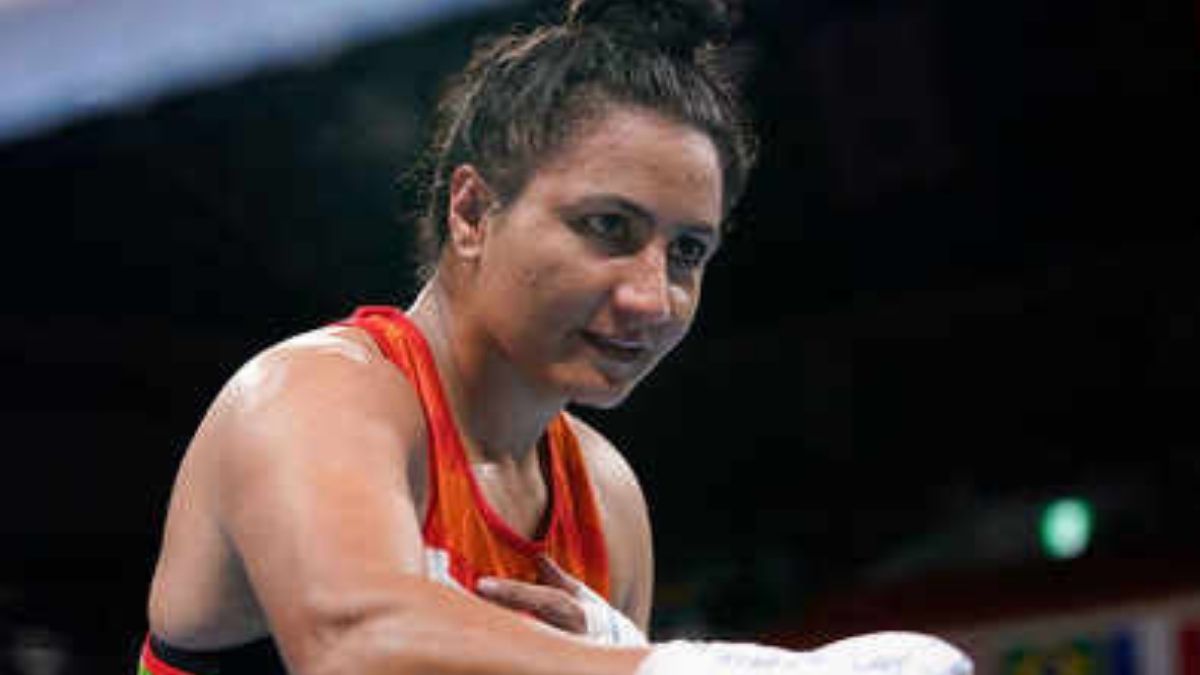 Indian boxer Pooja Rani out-punched Algeria’s Ichrak Chaib in the opening match to enter the quarter-final in her Olympic games on Wednesday. The 30-year-old woman has won the women’s middleweight division bout (75kg),5-0 by dominating her opponent, who is 10 years junior. Indian Boxer Pooja Rani the two-time Asian champion was in commend with her right straights. She was also aided by her opponent Ichrak Chaib’s lack of balance in the ring.

Indian Boxer Pooja Rani Olympic journey has been through many struggles. She battled a career-threatening shoulder injury; she lacked financial support before making this so far. Her father was a police officer who didn’t support her to pursue sports as he taught he was meant for aggressive people.

She told in an interview how was her Olympic journey “Maar lag jaeger (you will get hurt)”, that’s what my father said. He insisted that the sport was meant for me because boxing was pursued by aggressive people”.

Ichrak ChaibIndian BoxerOlympic Tokyo 2020Pooja RaniTokyo 2021Tokyo Olympic BoxingTokyo Olympics
Share
Subscribe to our newsletter
Get your daily dose of Cricket, Football, Tennis & other favorite sports with handpicked stories delivered directly to your inbox.
You can unsubscribe at any time