Half-century of openers Rituraj Gaikwad and Faf du Plessis and a century partnership between the two helped Chennai Super Kings reach the top of the points table with a fifth successive win over Sunrisers Hyderabad by seven wickets in the Indian Premier League here on Wednesday. 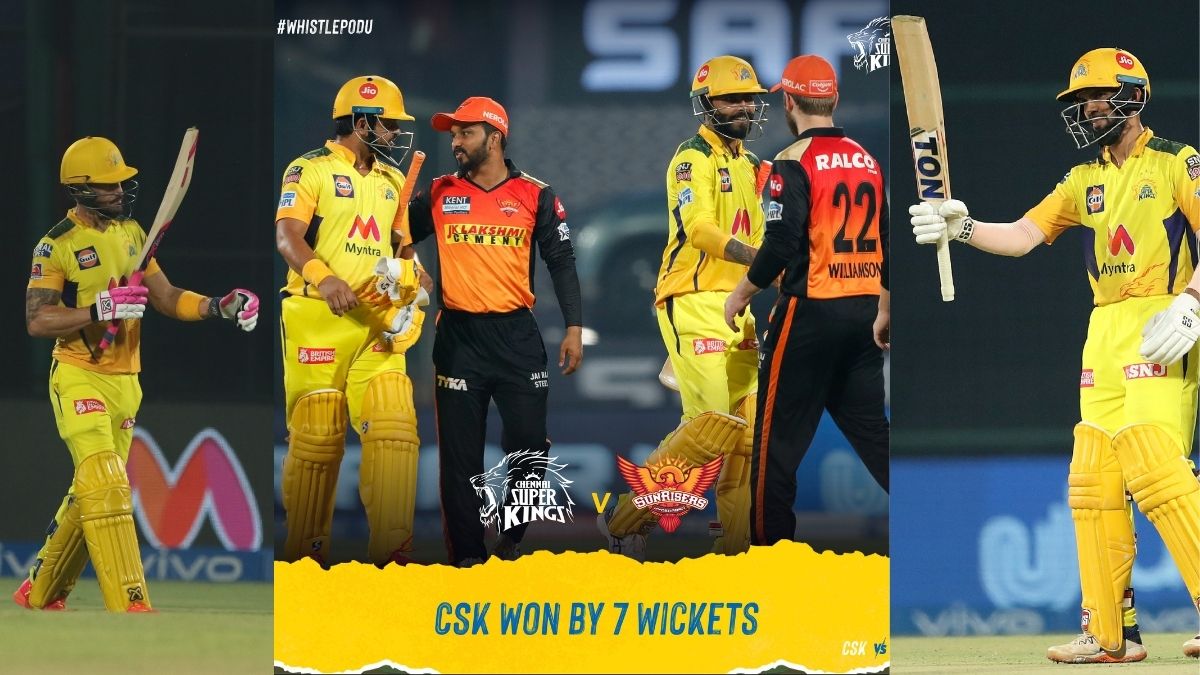 Half-century of openers Rituraj Gaikwad and Faf du Plessis and a century partnership between the two helped Chennai Super Kings reach the top of the points table with a fifth successive win over Sunrisers Hyderabad by seven wickets in the Indian Premier League here on Wednesday. This is the fifth victory of the Super Kings in six matches and the team is on top with 10 points. Royal Challengers Bangalore have the same number of points but Chennai team is on top due to better net run rate.

The Sunrisers are on the final spot with two points after their fifth defeat in six matches. Chasing the Sunrisers’ target of 172, the Super Kings shared a 129-run first wicket partnership between Gaikwad (75 off 44 balls, 12 fours) and du Plessis (56 off 38 balls, six fours, one six). Thanks to this, he scored an easy win by scoring 173 runs for three wickets in 18.3 overs.

For Sunrisers, Manish Pandey scored a 61-run stand for the second wicket with Warner (57 off 55 balls, three fours, two sixes) in addition to a 61-run stand off 46 balls with five fours and a six, making the team three Was successful in scoring 171 runs on the wicket. Kane Williamson (26 not out from 10 balls) and Kedar Jadhav (12 not out from four balls) batted in the final over, adding 89 runs in the final eight overs. Let’s see how the Twitter reacts on this clash:

Another win for @ChennaiIPL in #IPL2021. Looks like #CSK bowlers know when to pick wickets(vs RCB) at regular intervals and when not to(vs SRH) to stop the run flow.! Congrats to our fabulous @faf1307 for becoming the leading run scorer #OrangeCap #WhistlePodu #CSKvsSRH

IPL 2021: Checkout the best memes from match between CSK and SRH

IPL 2021: Post Match Presentation of CSK vs SRH; Rituraj Gaikawad steals the show, Wins ‘Man of the Match’, ‘Dream11 game Changer of the Match’ and ‘Upstox Most Valuable Asset of the Match