Deepak Hooda was promoted up the order as he opened the innings with Ishan Kishan against Ireland in the first T20I. 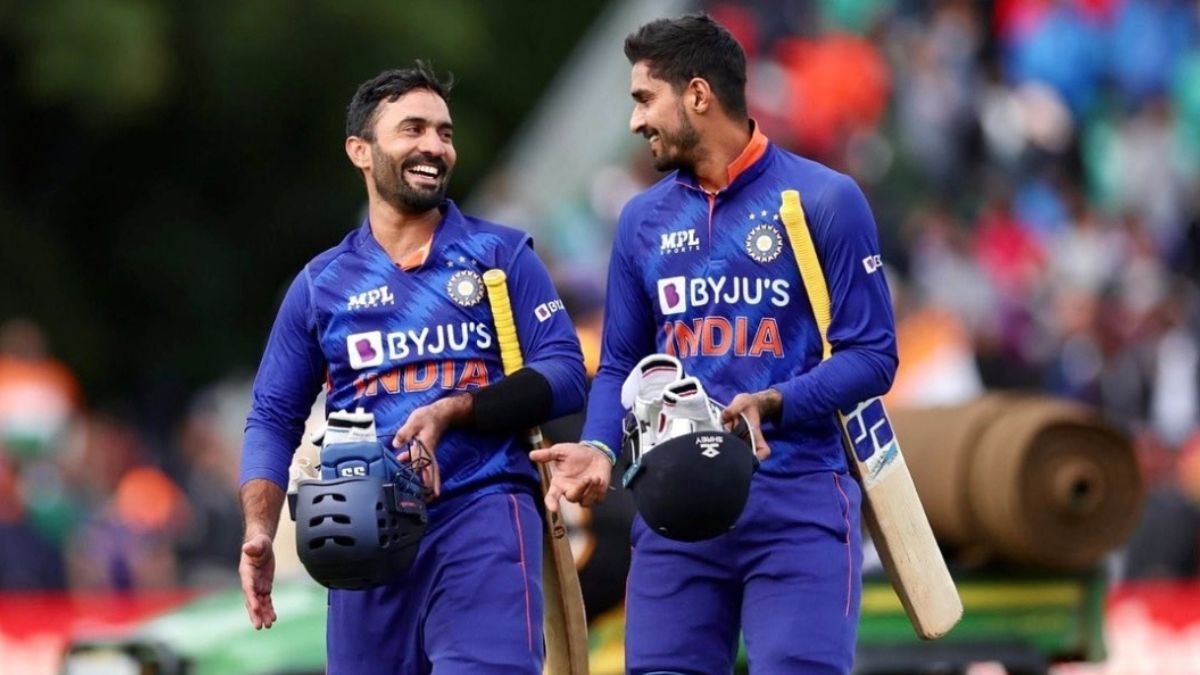 Indian cricket team won the first T20I against Ireland by 7 wickets on Sunday night. It was an all-around performance from the Indian players. This was Hardik Pandya’s first-ever win as Indian captain. India needed 109 runs in 12 overs after the overs were reduced due to rain before the game. Everyone thought Ruturaj Gaikwad and Ishan Kishan will open the innings for India but Deepak Hooda has promoted up the order and was sent to open with left-handed Ishan. Skipper Hardik Pandya did tell the reason why Ruturaj didn’t open the innings with Ishan Kishan. Ruturaj had a niggle in his calf and they didn’t want to take any risk (as per Hardik Pandya’s statement in the post-match interview telecasted on Sony Sports Network).

Deepak Hooda played a stunning inning as he scored 47* runs in 29 balls. He remained not out and took India to the victory against Ireland. Deepak Hooda played some amazing shots in the game which pleased the fans and some ex-Indian cricketers. It was one of the important innings for him. Deepak also played well in this year’s IPL in a new jersey of Lucknow Super Giants. Fans loved his batting in the match and praised him on Twitter.

With Deepak Hooda doing well, India's men's side have finally found a top order batter that bowls regularly. They've been missing that since the days of Yuvi and Raina. #IREvIND

Deepak Hooda could do the all rounder role for India in tests I think.

Deepak Hooda has been one of the consistent batsman in the last one year whether it's in IPL or for Team India.!Going to be a good option with his spin bowling too.

Did I mention IPL in my tweet, NO! I was talking about international cricket and Deepak Hooda is doing well in internationals.

Deepak Hooda is consistent batsman and brilliant fielder too and he can bowl .. pick him for WC

I felt like a finger spinner today: Yuzvendra Chahal