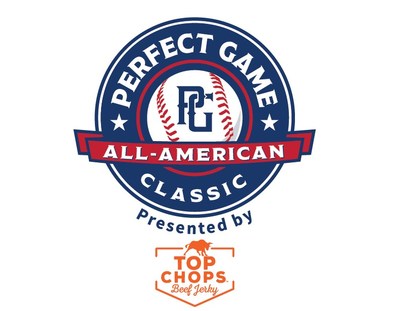 Daron Sutton and co-host David Rawnsley presided over the unveiling of the rosters for the East and West teams that will compete in the 19th annual All-American Classic on Sunday, August 22, when it returns to San Diego for the 12th time in 13 years, after Oklahoma City played host in 2020.  Florida leads the field of this year’s competition featuring the best-of-the-best high school aged baseball players from across the country, with 10 players.  Georgia was close behind its neighbor to the south with eight selections, while another baseball hotbed, California, will be represented by six of its finest youth players.  In all, 25 states will be represented at this year’s All-American Classic. [The complete rosters are included below.]

Among the 60 young players taking the field at Petco Park on August 22, will be Elijah Green, a 6’3″ outfielder from the IMG Academy, and projected by many scouts to be the potential number one pick in next year’s MLB amateur draft.  Green is the son of former NFL first round draft pick and Pittsburgh Steelers All-Pro tight end, Eric Green.  Speaking of bloodlines, the 2021 Perfect Game All-American Classic Presented by TOP Chops, will include four players whose fathers played Major League Baseball (son/father):  Cam Collier/Lou Collier; Justin Crawford/Carl Crawford; Jackson Holliday/Matt Holliday; Druw Jones/Andruw Jones; Mason McGwire/Mark McGwire; Carsten Sabathia/CC Sabathia.

The rosters for the 2021 All-American Classic were chosen by a panel of talent evaluators assembled by Perfect Game, after being scouted and identified through a series of tournaments and events, including Perfect Game’s National Showcase, which took place in St. Petersburg, FL, July 14-18.

The Perfect Game All-American Classic offers a glimpse at some of the most talented young athletes from around the country and offers the baseball community a sneak peek at several young players destined to make their mark at the collegiate and Major League levels of the sport.

Four players from the 2020 All-American Classic were among the top ten players chosen in this year’s MLB amateur draft: Jackson Jobe – No. 3 overall by the Detroit Tigers; Marcelo Mayer at No. 4 by the Boston Red Sox; Jordan Lawlar at No. 6 by the Arizona Diamondbacks: and Benny Montgomery at No. 8 by the Colorado Rockies. Additionally, Jack Leiter, chosen second overall by the Texas Rangers, played in the 2018 Classic, while Kumar Rocker, selected 10th overall by the NY Mets, appeared in the 2017 event.

In 2020, the West defeated the East, 7-5, to win its fifth straight and ninth out of the last 10 All-American Classic games.  In all, players from the west hold a 12-6 edge over their counterparts from the east.

Over the past 18 years, All-American Classic fundraising activities have helped the Perfect Game Cares Foundation contribute more than $1.3 million to a variety of local causes, including $850,000 to San Diego’s Rady Children’s hospital and a record-breaking $119,819 during last year’s event in Oklahoma City to benefit the Toby Keith Foundation’s OK Kids Korral.

Perfect Game is the world’s largest elite youth baseball and softball platform and scouting service, producing over 8,600+ events, 300,000+ games and showcases each year across the country. Perfect Game is dedicated to giving amateur players exposure to take their game to the next level, whether that be in college or in the professional ranks. At Perfect Game events, players are performing with top-level competition in front of college recruiters and professional scouts from all over the country. Because of this, these events prove to be invaluable to the college coaches as well as Major League Baseball, as they can scout a large population of talented ballplayers in one location. To date, more than 1,500 players that have played in a Perfect Game event have also played in Major League Baseball. Since 2003, 13,324 Perfect Game alumni have been selected in the MLB First-Year Amateur Player Draft. In the 2021 Draft, for example, more than 95 percent of all players selected had played in Perfect Game events, and every player selected on the Draft’s first day had previously attended Perfect Game events. And in the 2021 College World Series, every player on the rosters of national champion Mississippi State and runner-up Vanderbilt had played in a Perfect Game event. 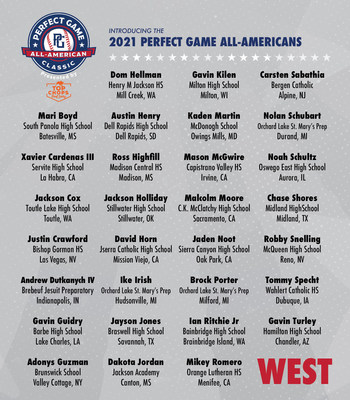 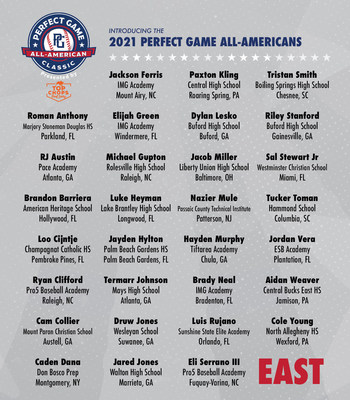 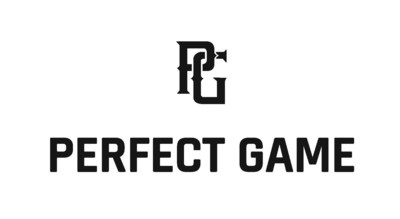