Ramos demands a longer contract in exchange for low salary

Sergio Ramos’ contract negotiations with Real Madrid are still going on according to the news reports. 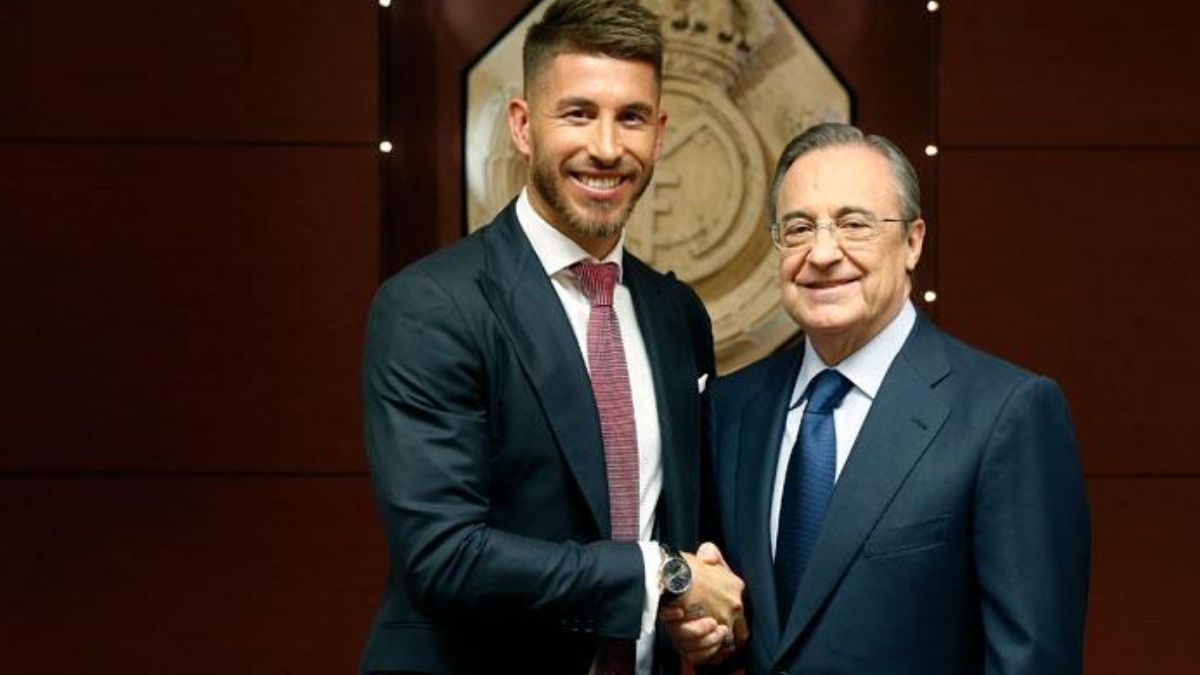 Talks about Sergio Ramos’s contract with Los Blancos have once again come under the radar.
Recent reports suggest that Ramos has asked for a lower salary in return for a longer contract with the Spanish side.

Real Madrid has been reluctant to provide Sergio Ramos with a longer contract, a policy which it always considers for players of Ramos’s age.

Ramos has shown a desire to remain in the Spanish capital, yet there’s no authoritative choice yet made.
The Madrid skipper will be meeting with president Florentino Perez in the coming days for a conversation.

From where it stands right now, many believe that center-back’s time at the Santiago Bernabeu has come to an end.

Also, the club is embroiled in a conflict with UEFA and FIFA and is looking to be further penalized financially.

This would make it difficult for Real Madrid to hold onto an expensive but aging player such as Sergio Ramos.

Aleksander CeferinBarcelonaContractFIFAFlorentino PerezLa LigaLa Liga spainLionel MessiReal MadridSergio RamosspainTrophyUEFA
Share
Subscribe to our newsletter
Get your daily dose of Cricket, Football, Tennis & other favorite sports with handpicked stories delivered directly to your inbox.
You can unsubscribe at any time

IPL 2021: Sanju Samson’s captaining knock helps RR to build up a target of 172 runs for MI

UEFA Euro 2020: Henri Delaunay Trophy is visiting all 11 UEFA EURO 2020 host cities ahead of the tournament.