India finished fourth in the medal count at the Commonwealth Games, with 22 gold, 15 silver, and 23 bronze medals for a total of 61 medals. 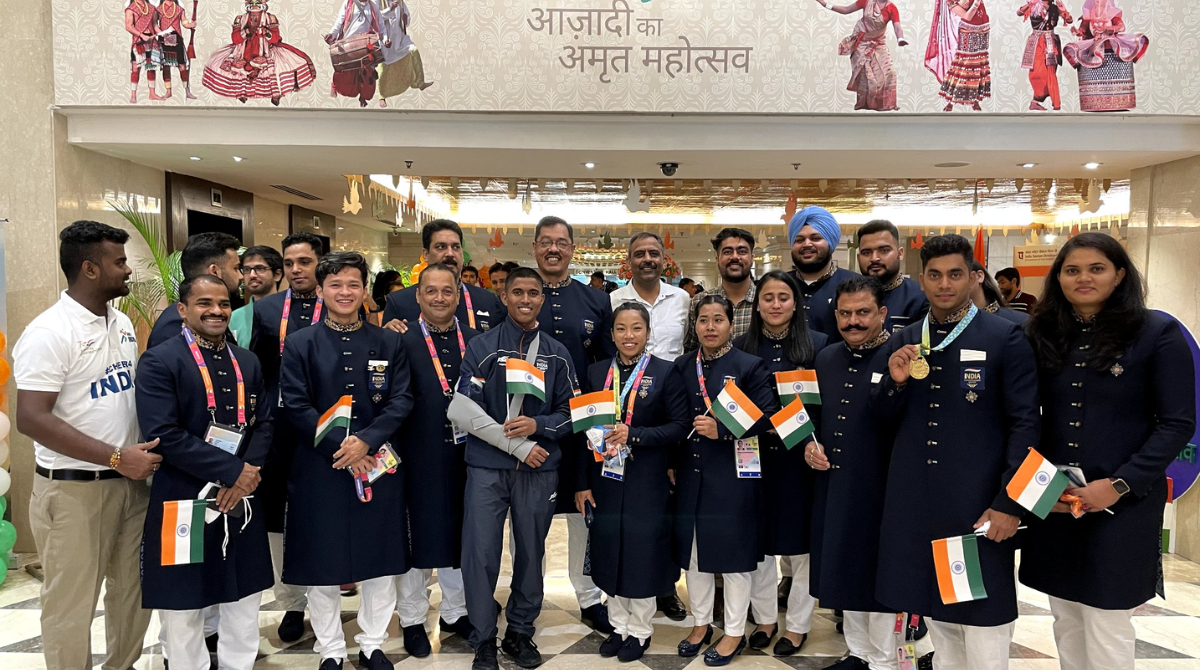 On Saturday, the Indian delegation who represented the country in the recently finished Commonwealth Games met Prime Minister Narendra Modi at his house. The Indian contingent finished the big event with 61 medals, including 22 gold. Gold medalists were PV Sindhu, Bajrang Punia, Vinesh Phogat, and Lakshya Sen.

On Saturday, the Sports Authority of India (SAI) released photos of the delegation preparing to see Prime Minister Modi at his house.

Take a 👀 as the Indian #CWG2022 Contingent gears up to meet Hon. PM Shri @narendramodi at his residence shortly

PM Modi stated when talking with athletes: “I am grateful that you all took time out of your busy schedules to come to my house and greet me like family members. I, like all other Indians, am honoured to be speaking with you. Everyone is welcome. Our Yuva Shakti is just getting started…the Golden Age of Indian Sports has just begun! In the last several weeks, the country has made two significant milestones in the realm of sports. Aside from a record performance in the CWG, the country hosted the Chess Olympiad for the first time “He continued.

“The country not only successfully hosted the (Chess Olympiad), but also provided its finest performance in the sport, continuing its long legacy. I also want to congratulate all of the players who competed and won medals in the Chess Olympiad “He said.

The Indian women’s cricket team earned a silver medal after losing to Australia in the gold medal match headed by Harmanpreet Kaur.

India finished fourth in the medal count at the Commonwealth Games, with 22 gold, 15 silver, and 23 bronze medals for a total of 61 medals.

India finished with the fifth-best showing in Commonwealth Games history, winning a total of 101 medals when the games were staged at home in 2010.

Achieving 61 medals this time around is significant because shooting, India’s most successful discipline historically with 135 medals, was not featured in the games.