Tokyo Olympics 2020: Indian Duo Manu Bhaker and Saurabh Chaudhary misses out on final after performing in the qualification round2 of Mixed team 20m air pistol 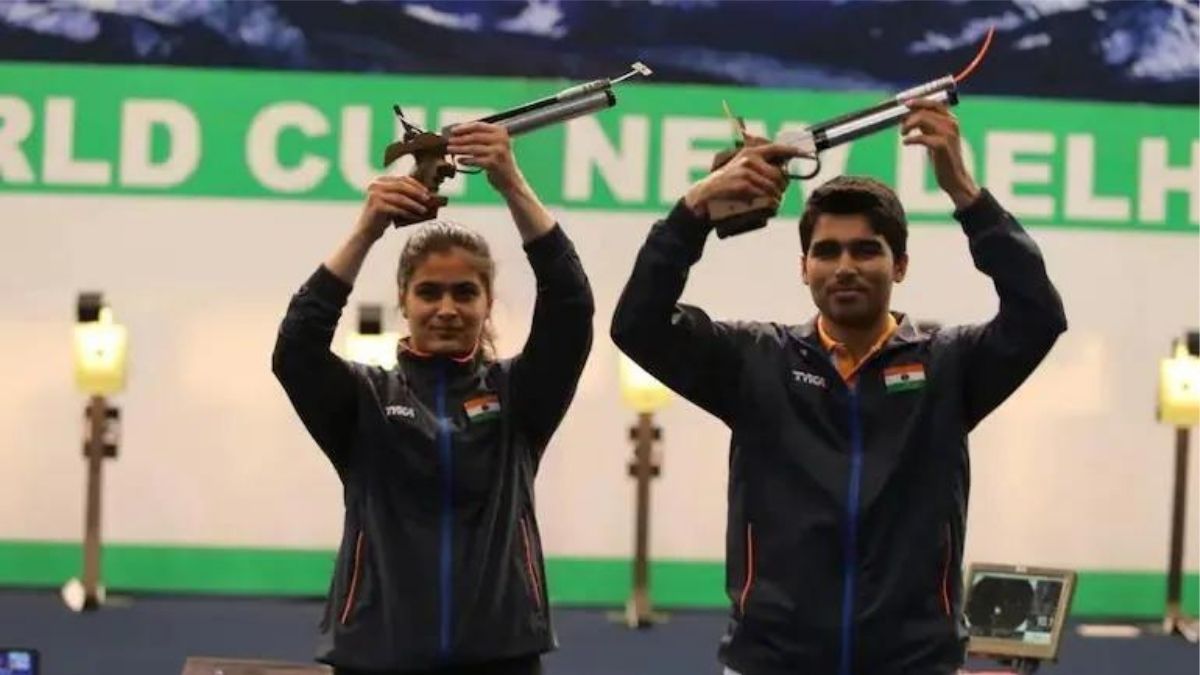 Tokyo Olympics witnessed the mixed team 10 m air pistol qualification round 2 to take place soon after the first round was over. Manu Bhaker and Saurabh Chaudhary qualify in the top spot. 2 Chinese teams, Iran, Ukraine, ROC, Australia, and Serbia rounded off the top8 qualifiers. The top2 teams at the end of this round would go on to a gold medal match, while3rd and 4th position teams would go on for the bronze medal match. Each team in this round had to shoot a total of 40 shots, 20 each in 20 minutes.

Ukraine’s Olena and Oleh finished third and will go on to the bronze medal match with the first series of 97 and 97 and the second series of 98,94 eventually finishing with a score of 386. While Ukraine could manage only 11x, the ROC had 13, which put them in second place. Serbia’s Zorana and Damir gave strong performances, with the first ending with 97,95 and the second series they scored 96 each which was enough to secure their spot for the bronze medal match.

Manu BhakerOlympic Tokyo 2020Saurabh ChaudharyTokyo OlympicsTokyo Olympics shooting
Share
Subscribe to our newsletter
Get your daily dose of Cricket, Football, Tennis & other favorite sports with handpicked stories delivered directly to your inbox.
You can unsubscribe at any time