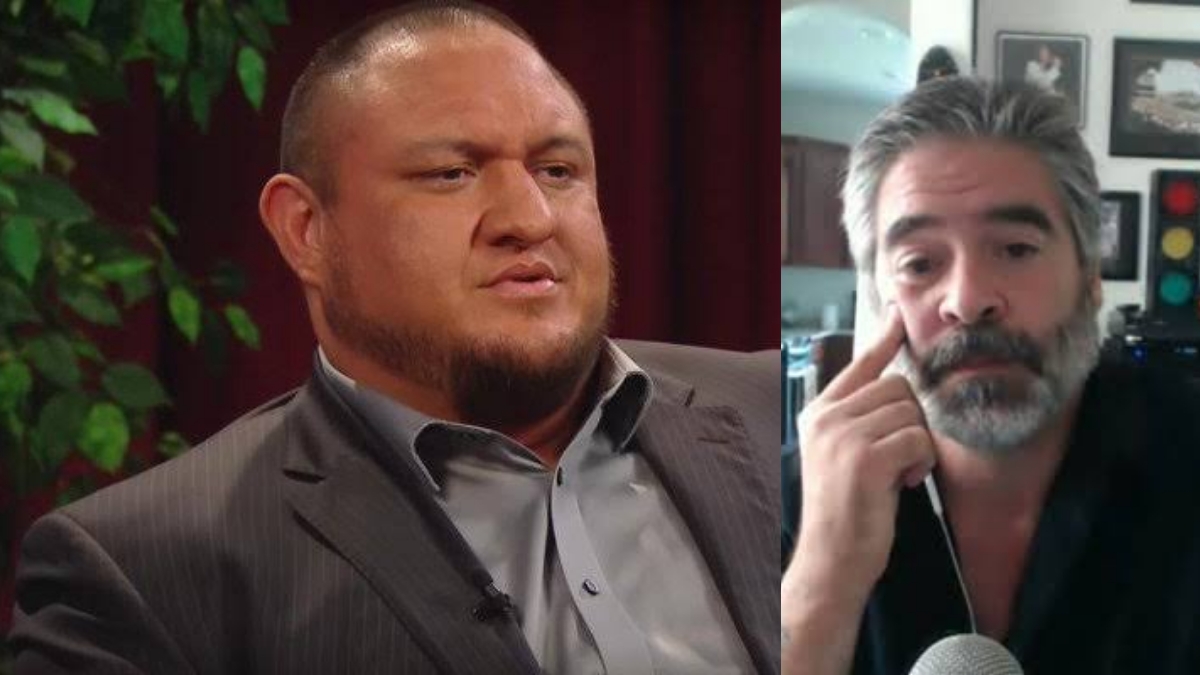 Superstar Samoa Joe ouster from the WWE has created a lot of headlines, various Superstars came out in support of Joe and many didn’t.

In all of this Vince Russo who was the former TNA, Creative disclosed a major issue on why Samoa Joe doesn’t a push.

On an episode of his Podcast Writing With Russo, Vince Russo opened up about Samoa Joe in TNA in the early 2000s. He revealed why Joe doesn’t get a bigger push in any of the companies. He said “When somebody asks me ‘why didn’t you do this with Samoa Joe? Why didn’t you do that?’ Well, you really want to know why we didn’t do anything creatively? Well, I’m going to tell you why we didn’t. The problem we always had with Samoa Joe, always revolved around weight

Are The Usos brothers going to Split from Roman Reigns…

Will Messiah Seth Rollins going to interfere in the Match of…

. It was never that he was a pain in the ass or he wasn’t talented or he couldn’t do this… it was always weighted. If you remember, because of the budgeting at TNA, because TNA did not have a lot of money, sometimes we have to shoot six weeks worth of TV or eight weeks worth of TV, so sometimes you’re shooting for two months, which means that after one of those tapings, you may not be seeing the talent for one month or two months. So what would happen, and this always happened, it was like a yoyo… Samoa Joe would come to TV looking great so now we’re all excited because physically Samoa Joe could look really good or look really bad.

He would come to work looking really great so now we’re looking for ‘Joe was off, Joe lost some weight, Joe is in shape…’, now we’re looking for that guy. So we’ll book six to eight weeks of TV, then we’ll go home, we’re all excited about Joe, we’re writing the next set of TVs and he comes back and he’s out of shape and you could tell in the ring. We had these talks with him all the time. We were all upfront with this. This is my POV. There’s a huge difference in Samoa Joe when he’s in shape and when he’s not in shape and you saw it. This happened so many times.”

It’s just a matter of time when we’ll see Samoa Joe back in business as he is in continuous touch with the AEW Officials. Hopefully, we’ll see him perform coquina clutch very soon.

Samoa JoeVince RussoWrestlingWWE
Share
Subscribe to our newsletter
Get your daily dose of Cricket, Football, Tennis & other favorite sports with handpicked stories delivered directly to your inbox.
You can unsubscribe at any time

IPL 2021: Delhi Capitals opener Prithvi Shaw revealed, “why he started worrying about his technique after getting dropped from test side”

Is Seth Rollins going to beat Cesaro in Smackdown Live?