At the ongoing WBBL 07, Hobart Hurricanes defeated Melbourne Renegades by 52 runs. Renegades suffered a batting collapse courtesy of an excellent bowling effort by the Hurricanes. For Hobart Hurricanes, Ruth Johnston emerged as a hero as she delivers – 2/17 & 63 (off 46 balls). 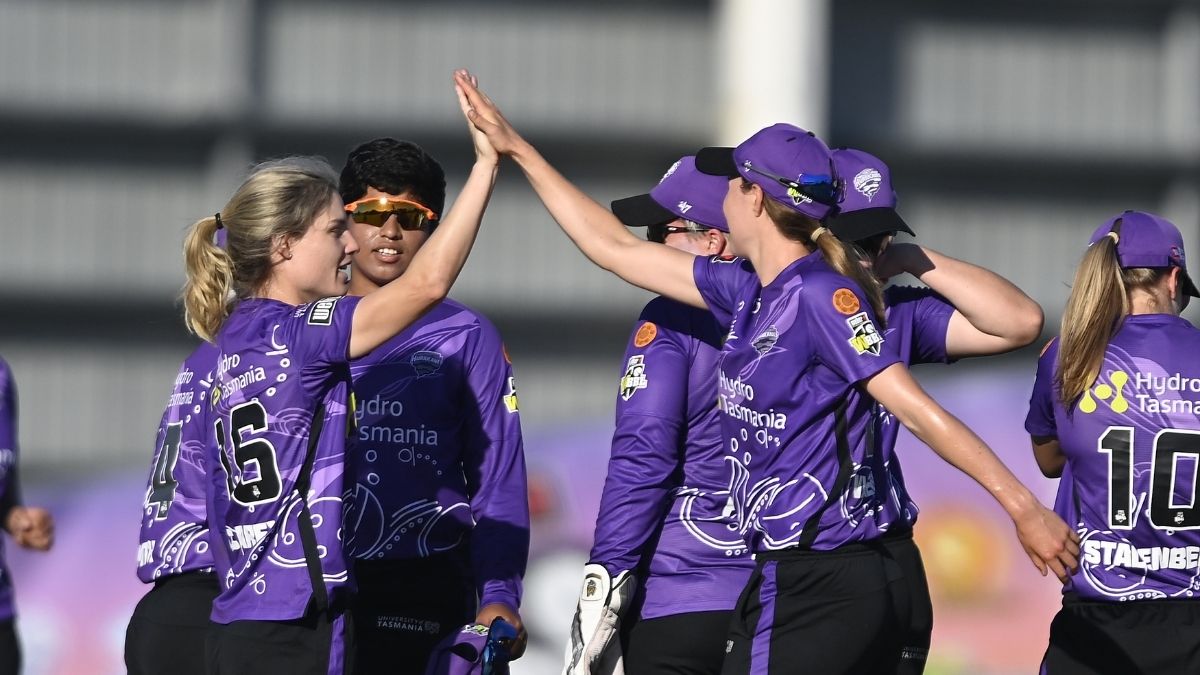 The 49th Match of the Weber WBBL 07 was a Hobart Hurricanes vs Melbourne Renegades encounter played on Friday, 19th November 2021 at the Great Barrier Reef Arena, Mackay in Australia.

Melbourne Renegades Women won the toss and elected to bowl.

An early wicket fell for the Hurricanes, as Rachel Priest was dismissed by Melbourne Renegades skipper Sophie Molineux. They were 0/1 in (0.2 overs). However, Hobart Hurricanes bounced back from the early setback as after the powerplay were 52/1.

Then, a 120 runs partnership between Ruth Johnston & Mignon du Preez steadied the innings. But both lost their wickets in back-to-back overs, du Preez on 50 (off 46 balls) & Johnston on 63 (off 46 balls). Harmanpreet Kaur was involved in both dismissals, taking du Preez’s catch & picking Johnston’s wicket. Hobart Hurricanes were 121/3 in 15.1 overs.

Two wickets fell in quick succession as Richa Ghosh was dismissed by her Indian skipper Kaur. Ghosh hit it big but was caught by Jess Duffin at the boundary line. Next, was Naomi Stalenberg, as she got out after playing a quick knock of 21 (off 12 balls). Hurricanes were at 151/5 (18.5 overs). Hobart Hurricanes finished their innings at 161/5 (20 overs).

Renegades lost the wicket of Evelyn Jones early on, as Tayla Vlaeminck dismissed her. They were 29/1 in 3.6 overs. After the powerplay, they were on 42/1.

While chasing the total, the Renegades faced a batting collapse. As two quick wickets fell of Courtney Webb on 14 (off 11 balls) & Jemimah Rodrigues. Both were bowled out by Nicola Carey and Molly Strano respectively. Renegades were 48/3 in 7.4 overs.

Next came two more dismissals of inform batter Harmanpreet Kaur & skipper Sophie Molineux. Both were caught behind by wicketkeeper Rachel Priest. They were 69/5 (11.6 overs).

In the 14th over, there were two dismissals – a wicket and run out.  Josephine Dooley was dismissed by Sasha Moloney while a great fielding effort by Ruth Johnston sent Carly Leeson walking back to the pavilion. Renegades were at 77/7 in 13.6 overs.

Melbourne Renegades finished their innings at 109 within 18 overs.

Who saw that coming?! The 'Canes upset the ladder-leaders in Mackay!

AB de Villiers announces retirement from all forms of cricket

IPL 2022: This strong player losing form is a big tension…