WBBL 07: Sydney Thunder vs Perth Scorchers encounter ended with No Result, as Match was Abandoned due to Rain 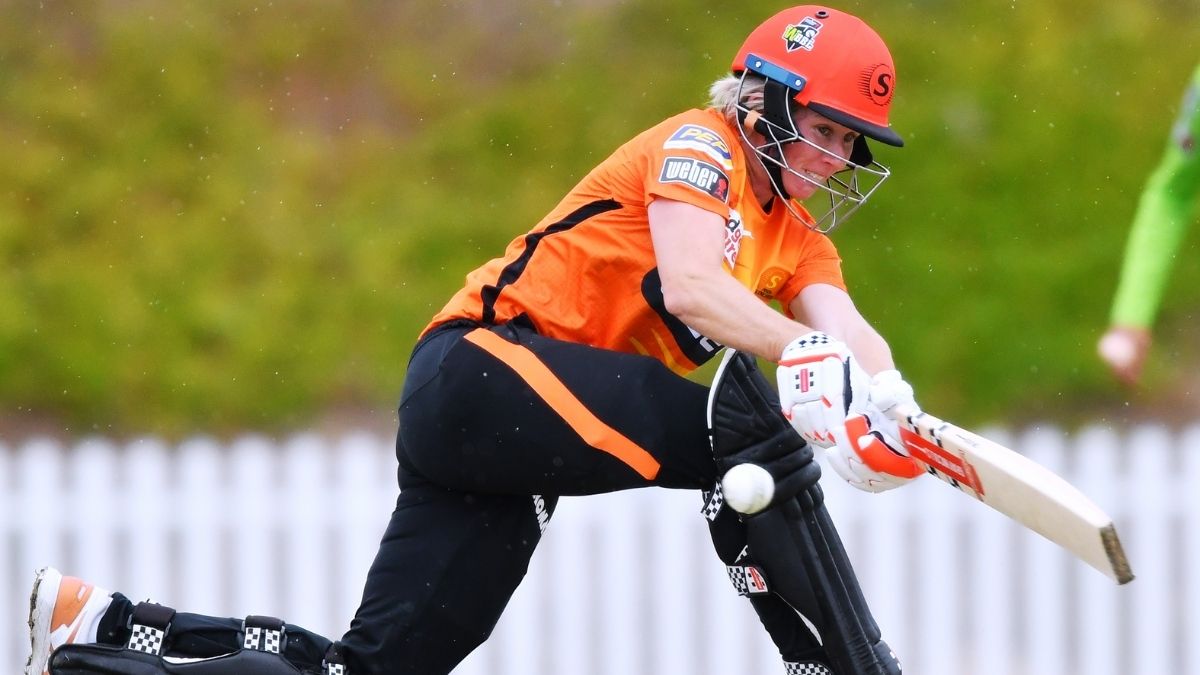 The 41st Match of the Weber WBBL 07 was a Sydney Thunder vs Perth Scorchers encounter played on Thursday, 11 November 2021 at the Karen Rolton Oval in Adelaide, Australia.

Perth Scorchers Women won the toss and elected to bat.

Lost an early wicket, as Skipper Sophie Devine was bowled out by Sammy-Jo Johnson. Perth Scorchers was 18/1 in 2.6 overs.

Meanwhile, a short 31 Run Partnership was made between Beth Mooney and Chloe Piparo. But just after the powerplay ended, Chloe Piparo departs and Perth Scorchers were at 49/2 (6.3 overs).

However, great innings by both Beth Mooney & Chamari Atapattu as they formed a 135 Run Partnership. Leads to bring up a good total for their team.

For Sydney Thunder, Captain Hannah Darlington has been promoted up the order to open the innings with Smriti Mandhana. However, it doesn’t work as Darlington was dismissed in the 3rd bowl itself. Sydney Thunder was 5/1 (0.3 overs).

Meanwhile, the rain stopped the play. At the moment, the score was 21/1 (2.3 overs). Unfortunately, the Match was Abandoned.

Hence, for the Sydney Thunder, Smriti Mandhana on 12* (off 8 balls) and Phoebe Litchfield on 3* (off 5 balls) remained unbeaten.

As a result, there was No Result – as the Match was Abandoned due to Rain.

Fingers crossed we can have a crack at the Melbourne Derby a bit later on! #WBBL07 pic.twitter.com/PEl8JPZgEr

2021 WBBLBeth MooneyChamari AtapattuKaren Rolton OvalNo Result - as the Match was Abandoned due to RainPerth Scorchers WomenSydney Thunder vs Perth ScorchersSydney Thunder WomenWBBL|07Women's Big Bash League
Share
Subscribe to our newsletter
Get your daily dose of Cricket, Football, Tennis & other favorite sports with handpicked stories delivered directly to your inbox.
You can unsubscribe at any time